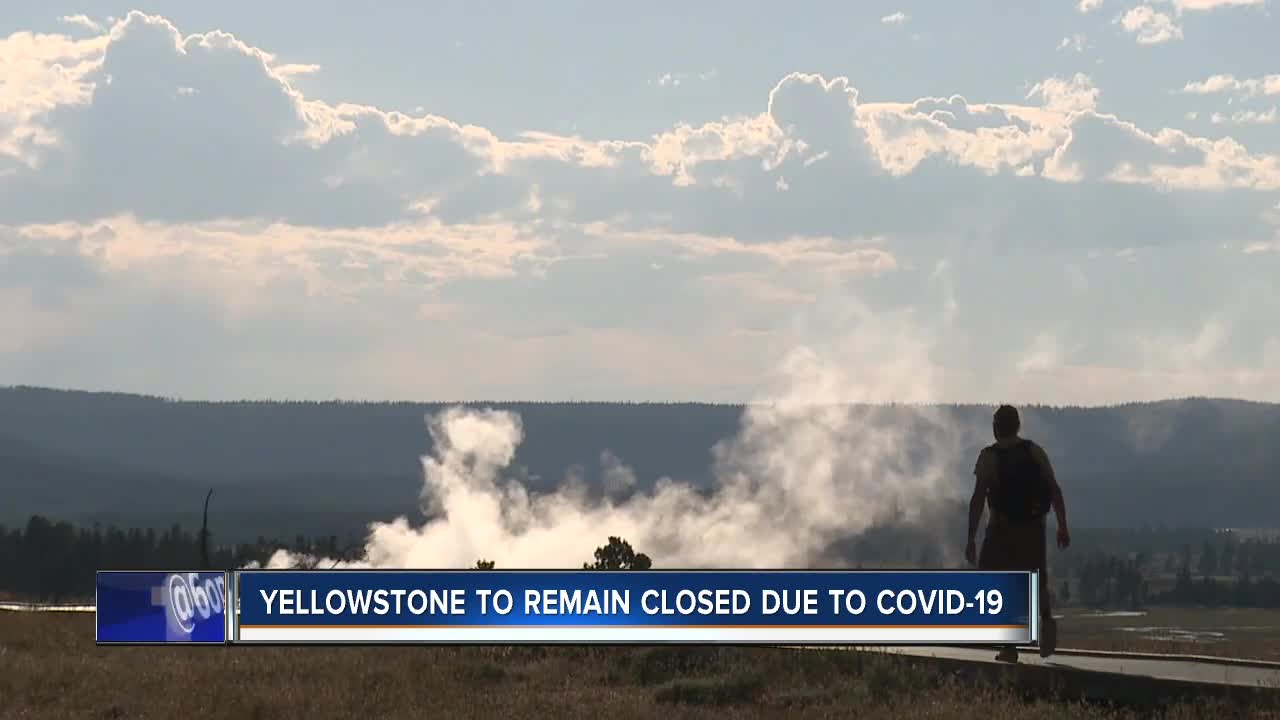 WEST YELLOWSTONE, Montana — Brian Watson has been operating the Alpine Motel in West Yellowstone, Montana for the last thirteen years. This time of year, with the west entrance to Yellowstone Park closed, this small town is virtually shut down, some businesses boarding their windows until April.

Watson keeps a few rooms open year-round. We caught up with him last week, on the day the National Park Service issued a news release saying the west entrance gates would open as scheduled on April 17.

"I totally expected that they would continue to be open, opening about mid-April," said Watson.

A large percentage of the millions who visit Yellowstone each year are from China. With Covid-19 slowing international travel, Watson was looking forward to what he thought might be a less hectic season.

"International travel is going to be down," said Watson. "I think it's going to be a great time for anyone who would like to have a great vacation to come to Yellowstone because a lot of the tour buses and stuff have been shut down."

However on March 24, park officials changed their position under pressure from the governors of Montana and Wyoming, closing Yellowstone and Teton Parks until further notice.

Around forty percent of the four million visitors each year come through the west entrance, pumping millions of dollars into towns like West Yellowstone. Most of those travel through Island Park, Idaho. In this town--that boasts the longest main street in America--construction is booming. There's a new hotel at Macks Inn, and just up the road, dozens of cabins being built to accommodate summer travelers.

At the time of our visit, Idaho Governor Brad Little was not mandating any closures, leading to a sense of optimism in Island Park. Although none wanted to talk on camera, we spoke to numerous people working in restaurants, bars and gas stations, and every single one said they thought the situation was being blown out of proportion.

Now that has all changed, and an industry that provides an estimated half billion dollars to surrounding communities is waiting to see what happens, including Watson.

"If the park was to be closed it would have kind of a devastating impact for however long that would take."