What can you learn from a flying beaver? 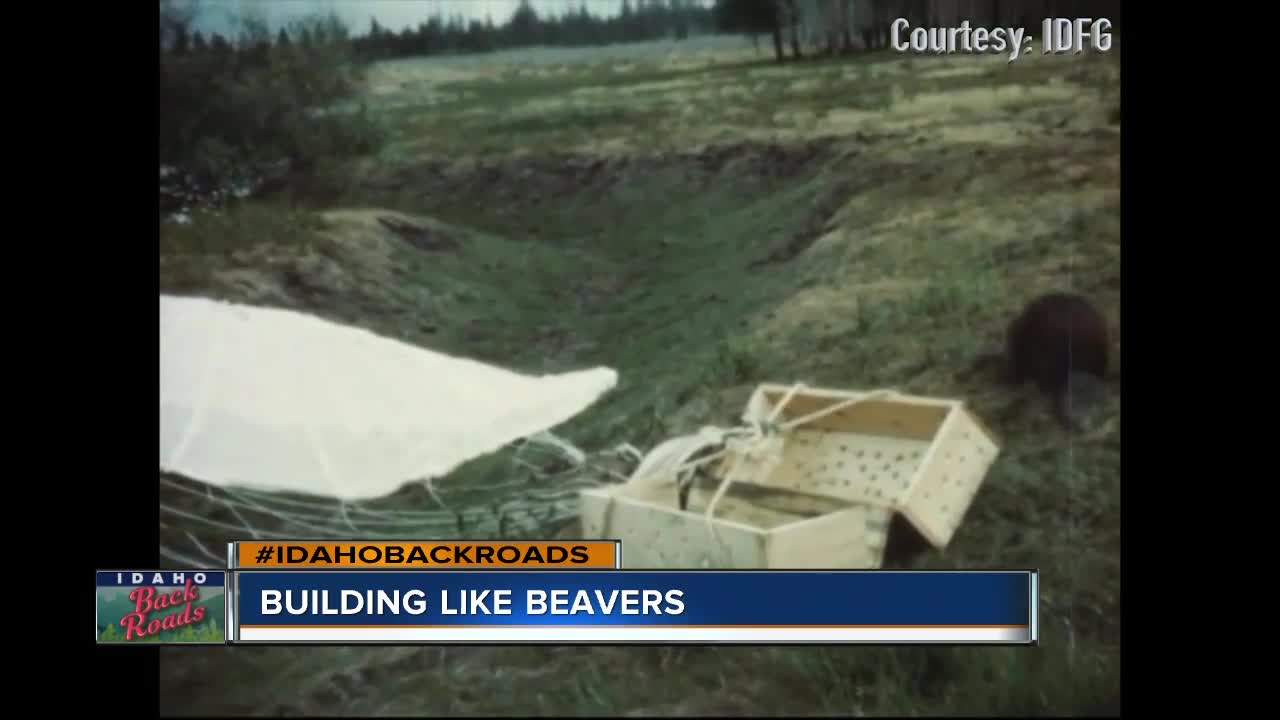 BRUNEAU, IDAHO — Chris Black knows a lot about ranching. And he knows a little bit about wildlife habitat. That's why he has been wanting to attract beavers to his ranch in Bruneau.

"I've wanted to get beaver in here for years," said Black.

The idea of using beavers to improve habitat for other animals is nothing new. Seventy years ago, Fish and Game came up with a very creative way to put beavers in the Idaho wilderness where over-trapping had decimated their population, resulting in habitat degradation.

Workers trapped beavers that were causing damage to orchards, irrigation systems and other agricultural interests around Payette Lake. They put the beavers in specially designed boxes, then dropped them from airplanes in the remote trinity mountains.

In addition to many holes that allowed the beavers to breathe while in the boxes, they were designed so that when they dropped to the ground they would open up.

More than seventy beavers that were dropped then went to work creating an oasis for multiple species.

But simply bringing beavers in to Chris Black's ranch would probably not work because the water here would dry up during summer.

That's why Black was happy when a cooperative effort chose his ranch for one of the first beaver dam analogue projects.

A beaver dam analogue is a man-made structure that mimics a dam naturally made by beavers.

After a very short time, frogs started to thrive, and eventually biologists believe other species will benefit, including sage grouse.

In Lemhi County, beaver dam analogues are creating habitat as well, including on Hawley Creek which was dry for a century, and now has flowing water that may serve as habitat for endangered salmon and steelhead.

The man made dams will also benefit water users, not only in Lemhi County, but here on Chris black's Bruneau ranch as well.

"It's gonna help my cows, cause the secondary effects will be more grass on the hillsides and all of that," said Black. "But holistically, what helps my cows will help all other species too."