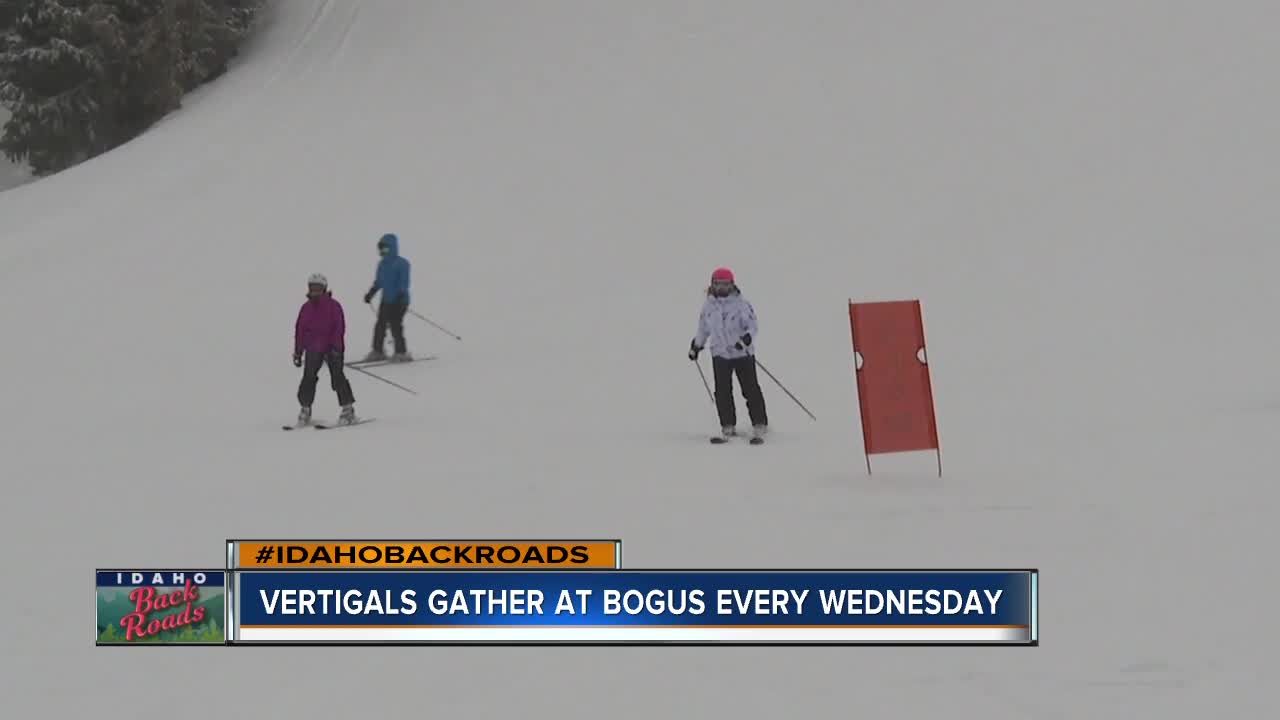 If it's ten a.m. at Bogus Basin on a Wednesday, you can bet there will be a large group waiting to be first on the lift. They are the Vertigals, a growing group of women skiers, who have been skiing together here for more than twenty years.

"This is our twenty first season,"said Vertigals leader Tina Richards. "Originally there was nine of us and now there are 400 ladies on our email list. So on any given day we get forty to eighty ladies, depending on snow conditions."

Tina Richards was one of the original nine. Now she is one of many team leaders. Every Wednesday, she and the other leaders break off with groups of similar ability.

"Our groups start from novice to advanced expert," said Richards "And we have fourteen leaders, and each leader takes five to eight women with them depending on their abilities."

Sandy Doerty joined the group after moving to Boise twelve years ago. She said it was the perfect way to learn about our local mountain.

"We were new to the area," said Doerty. "So it was actually a great way to get to know the mountain because there were different leaders, and you could kind of get a tour, or ski wherever you wanted to, cause there's all different groups. So it was great."

Now Vertigals is a regular part of her social life every winter.

"Every Wednesday without fail!" she said. "And usually there's about forty maybe fifty women who show up every Wednesday morning, and they're usually different every Wednesday. So you never know. So it's a great way to meet people."

The club is open to new members, but don't forget the first rule of Vertigals...

"No guys allowed," said Richards. "It's girls only. And I think probably a lot of it is some women are intimidated by skiing with men that are better ability and are stronger and faster. So the whole idea is that you're comfortable with other peers, women peers, of your ability. And we take bus trips, we go to Sun Valley and Brundage, and no vertiguys allowed. Sorry."