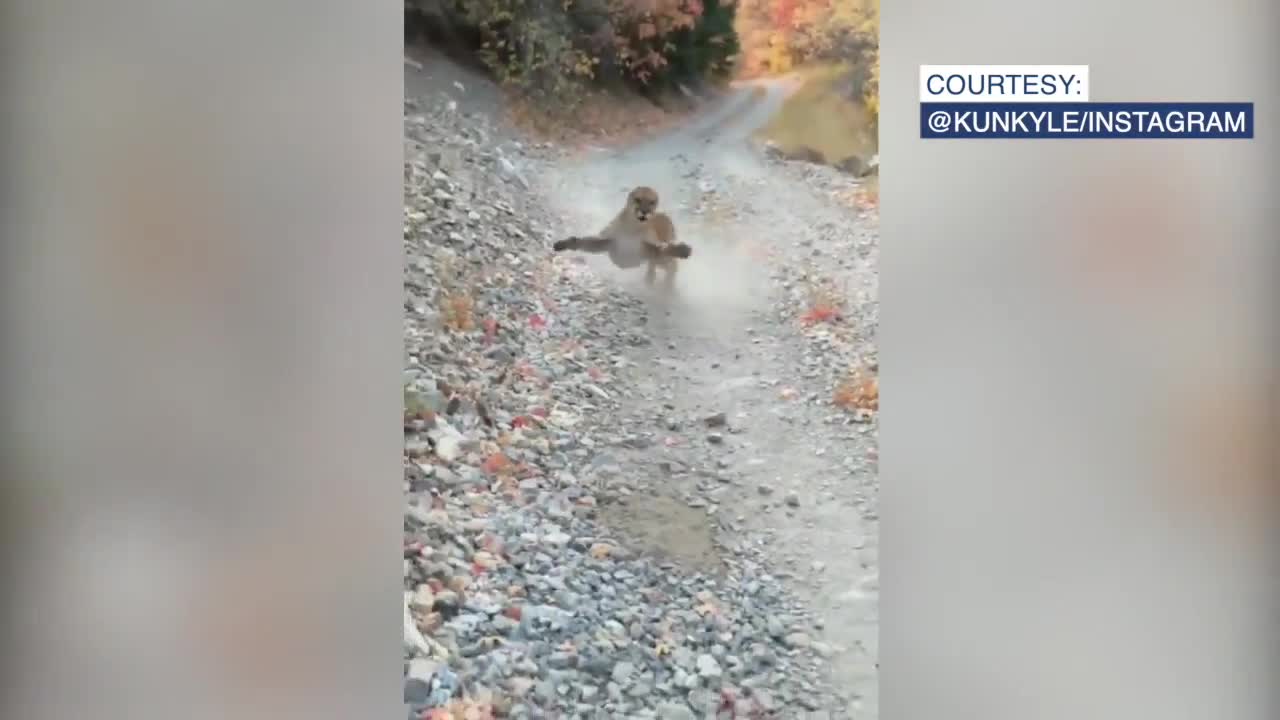 A Utah hiker stumbled upon two mountain lion cubs and a protective mother in a scary encounter on a trail.

BOISE, Idaho — A Utah hiker stumbled upon two mountain lion cubs and a protective mother in a scary encounter on a trail.

Mountain lions can be found all over Idaho, so we reached out to the Idaho Fish & Game to analyze this encounter.

"They look at you as a threat, so they are trying to neutralize that threat," said Terry Thompson of the Idaho Fish & Game Magic Valley Region. "Never run from wildlife that is a key, especially for bears and mountain lions who have a natural tendency to chase and catch."

Kyle Burgess slowly backed away for six harrowing minutes, but the way he did so likely saved himself from being attacked.

The Idaho Fish & Game recommends maintaining eye contact, making yourself as big as possible, and making a lot of noise in a scenario like this, but you shouldn't scream, a mountain lion could mistake that as a sound a wounded animal makes.

"He did everything right, I think we need to give him credit for doing that," said Thompson. "I think it is always easy to armchair quarterback situations after the fact, but I don't think anybody could point to anything he did incorrectly."

Eventually, when Burgess had enough space, he reached down to grab a rock and when he threw it at the mountain lion, who ran off.

Experts say that if it comes down to it and the mountain lion attacks, people should fight back, but that didn't happen in this encounter.

In March, there was a mountain lion sighting in Caldwell, in January, a hunter near Cascade shot a mountain lion who attacked a dog, and in the Wood River Valley, there have been around 90 sightings last winter.

"Pretty much anywhere in Idaho, you could be in mountain lion country," said Thompson. "While I say that there is no need to instill fear or panic in folks, lions are shy creatures they typically don't look for human encounters."

Mountain lion attacks are rare and more likely in a surprise situation, so Thompson also recommends not wearing headphones when hiking out in nature.

Thompson told us bear spray would have been an ideal non-lethal deterrent in this situation, but he also says that if the hiker had a gun, he had the authority to use it because the mountain lion posed a threat to his life.

"If he did have a firearm and chose to use it in that situation, he would be absolutely within his rights legally to do so," said Thompson.