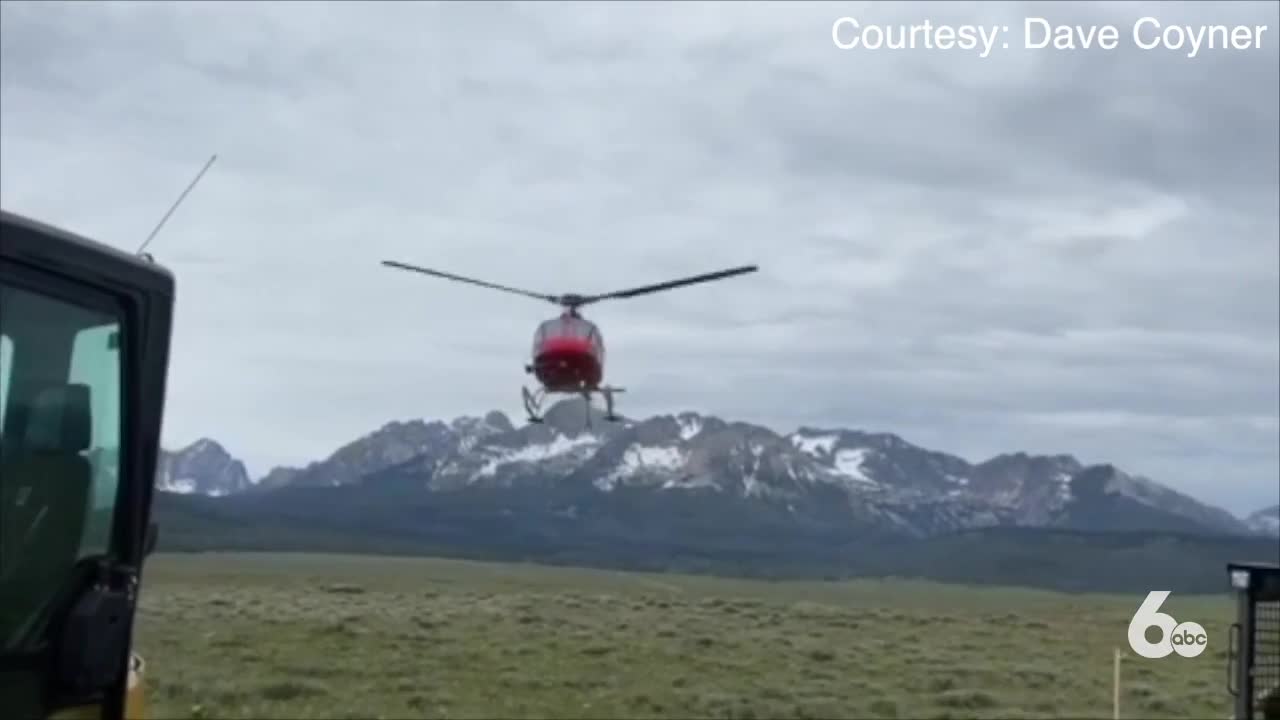 STANLEY, Idaho — Dave Coyner and his crew are working on a new trail in the Sawtooth Mountains.

In 2005 the Forest Service spent taxpayer dollars to purchase an easement on private property to build the four-point-six mile trail that will proved for nearly anyone wanting a view of the Sawtooth Mountains that is away from the noise of highway 75 and the city of Stanley.

"I think the majority of the use is going to be from here, the first mile and a half, maybe two miles of the trail, people coming here and absorbing this view," said retired trail expert Ed Cannady. "There are very few places that you can get the view you get from this trail."

That trail will give hikers, bikers, even people in wheelchairs a smooth path from Stanley Redfish Lake, but construction of the trail has been anything but smooth."

"The current owner bought the property knowing there was an easement, but he's fighting it anyway," said Cannady.

David Boren and Lynn Arnone filed two lawsuits attempting to stop construction of the trail. Neither has been successful, but construction was delayed.

Eventually contractors got the go ahead, and construction began in June, but the trouble wasn't over.

A few weeks after crews began cutting the trail, a helicopter approached, flying low to the ground. Dave Coyner, who shot this video says close enough to see a familiar hand gesture.

"It's not every day you see someone in a helicopter thirty feet away from you flipping you off," said Coyner. When we asked if he felt safe, he answered: "Not really, those propellers are kind of scary."

"He came close enough that he blew my hat off," said the senior Dave Coyner. "Started flying around our equipment, so I thought I'm gonna shoot some video. So I shot some video. It just didn't seem right."

The Federal Government filed claims of trespass and nuisance against Boren, and moved for a preliminary injunction.

In a statement to the court Michael Boren said he didn't fly close to the crew and that he was quote:

“I never flew within 100 feet of the people and work and was mostly well over 400 feet. I never flew directly over the Trail or the easement.”

"There is no threat to the crew’s safety or need to fear repetition of these events.”

So now the project is behind schedule, but going full steam ahead, and Coyner expects to have it finished by September.

He and Ed Cannady, who worked on the original plan, say they feel confident the Redfish to Stanley trail will be a safe and enjoyable place for people to get off the beaten path and enjoy the views.

"People will be able to connect with this place in a way they really can't anywhere else."