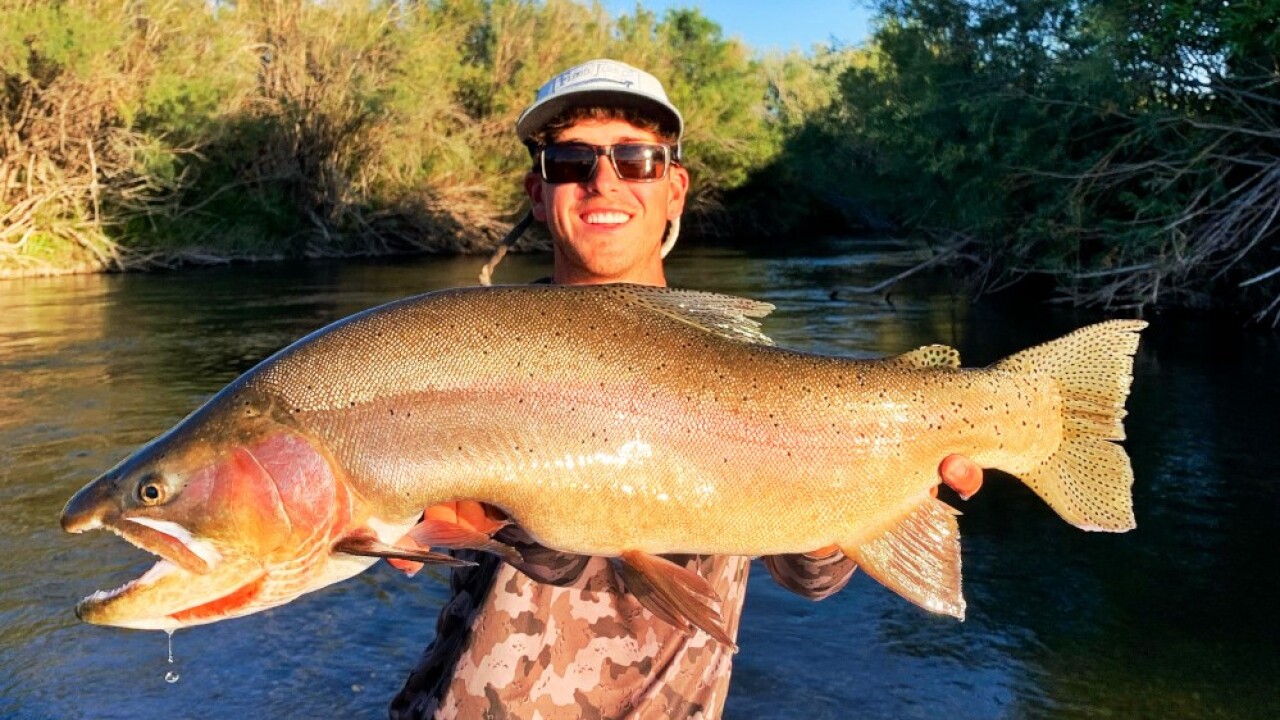 This article was originally published by Maddie Capron in the Idaho Statesman.

A Rexburg man set an Idaho record by reeling in a massive Yellowstone cutthroat trout on what he called “a brutally slow day.”

Nate Burr caught the 31-inch trout while fly fishing the Snake River for three days, the Idaho Department of Fish and Game said in a Friday news release. He and another angler were looking for big trout, but they had little success. Their luck turned around just as the trip was about to end.

“It was one of those brutally slow days,” Burr said in the news release. “Hunting big trout on streamers means a day on the water can go from zero to 100 in a split second. That was exactly the case with this fish.”

Burr chased the trout for almost half a mile downstream, Fish and Game said. The fish was so big, they had to use a landing net to scoop it from the water.

“After taking a quick photo and reviving the fish, Burr released the huge trout back into the Snake River, securing his name in the record books,” Fish and Game said. “Yellowstone cutthroat trout over 30 inches are exceedingly rare — especially in river systems where they do not grow as quickly as in large lakes.”