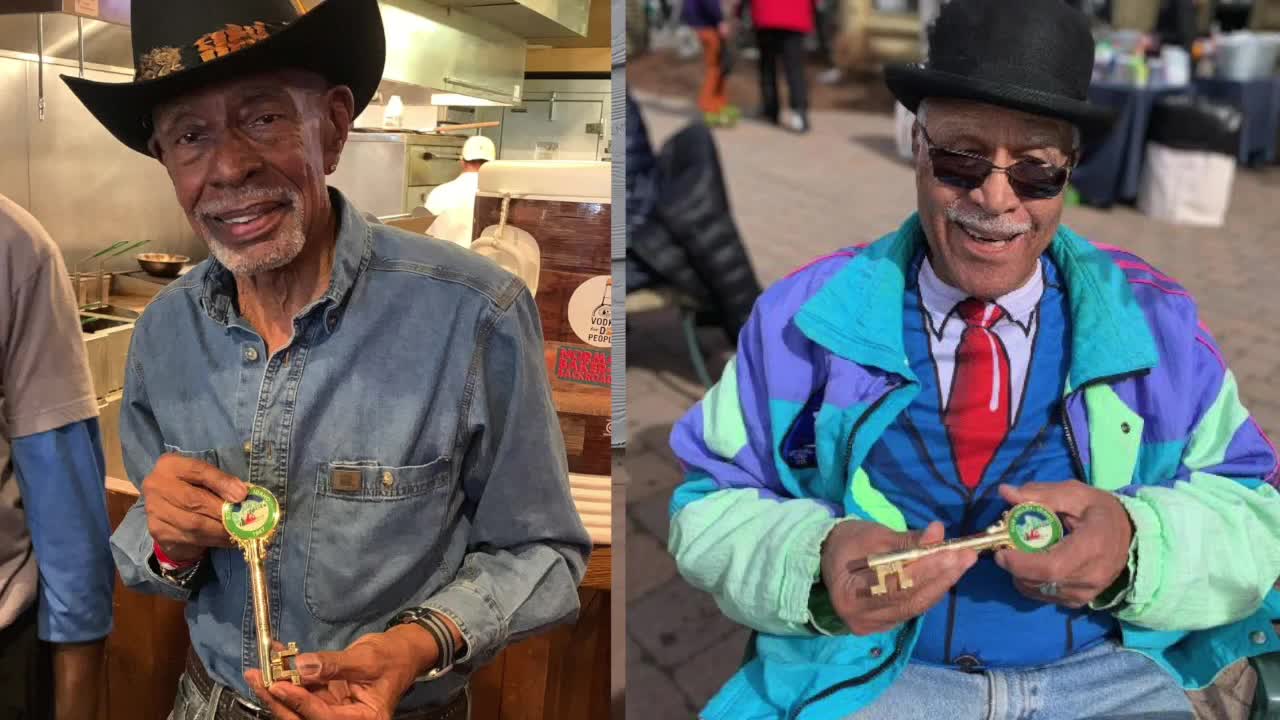 The National Brotherhood of Skiers is the largest ski and snowboarding club in the United States, every year this organization holds their black summit and this year it was in Sun Valley.

SUN VALLEY, Idaho — The National Brotherhood of Skiers is the largest ski and snowboarding club in the United States, every year this organization holds their black summit and this year it was in Sun Valley.

The founders Arthur Clay and Benjamin Finley were planning a return trip to Idaho this weekend to be inducted into the U.S. Ski and Snowboarding Hall of Fame, however, the event which would have taken place this weekend has been moved to next December.

However, we still wanted to share this story because Art and Ben founded the National Brotherhood of Skiers after meeting in 1972, three years later their first summit at Sun Valley.

This pair brought millions of dollars to the ski industry and helped a countless number of African-American discover skiing and because of that both Art and Ben will be the first African-Americans inducted in the hall of fame.

"It’s like entering the palace of the gods when you can be on the wall with Billy Kidd, Dave McCoy and the Badami family that is a wonderful experience," said Finley.

More than anything NBS brings people together and helps connect African-Americans from all over the country and just about everybody we talked to lives pretty far away from a ski resort town like Sun Valley.

"Both Art and Ben were trend setters in the ski industry," said Bert Carrington who came from Georgia. "It is such an honor for them to be inducted into the hall of fame, we are so proud of them they are celebrities to us.”

The National Brotherhood of Skiers brought a different kind of energy to the ski resort, it was a special scene to witness as people brought out their dancing shoes for happy hour after a day on the slopes showcasing how far NBS has come in the past 35 years.

"At the time nobody knew how to ski but, we knew how to have fun," said Clay. "There will never be as many black folks on the ski slopes as white folks, but we are coming.”

But Art and Ben will have to wait until December to get inducted into the hall of fame as the ski industry had to shut down early because of the coronavirus.

The summit ended on March 7 and according to NBS five people have tested positive for the coronavirus after returning home from the summit, many others have been ill.

Ski areas around the country got hit hard with COVID-19 because of all the travel which also includes international travel, Sun Valley has its own airport and they have also had most cases of the coronavirus in Idaho, but we don't know if the people from the summit got the coronavirus in Sun Valley or brought it to Sun Valley and honestly we may never know, Idaho wasn't testing many people at the time.

The NBS summit ended a week before Idaho got its first confirmed case, there were no travel restrictions or warnings at the time and health officials in Idaho deemed the coronavirus a low threat.

Here is a joint statement from the Mayor of Sun Valley who gave both Art and Ben a key to the city, the Mayor of Ketchum and the NBS President.

March 27, 2020
We are saddened by the coronavirus pandemic and our prayers are with everyone affected by this health crisis.
The NBS Black Summit held in Sun Valley during February 29 – March 7, 2020 was a special time for the members of the NBS, and the Sun Valley and Ketchum communities.
Accusations have been made that the NBS is responsible for introducing the virus into the Sun Valley and Ketchum communities. These claims are baseless and unmerited.
There is no evidence as to when and how the virus first entered Sun Valley or Ketchum. Sun Valley is a ski destination which hosts national and international tourists. It had numerous visiting guests and organizations before, and during the same time, the NBS members were visiting. It is virtually impossible to pinpoint a group or person who were carriers of the virus.
We all love this valley and our main concern now is that everyone who has been affected in the NBS and other groups, and in all of Blaine County, recovers in better health. Know we are here to support them.
Peggie Allen
President
National Brotherhood of Skiers, Inc.