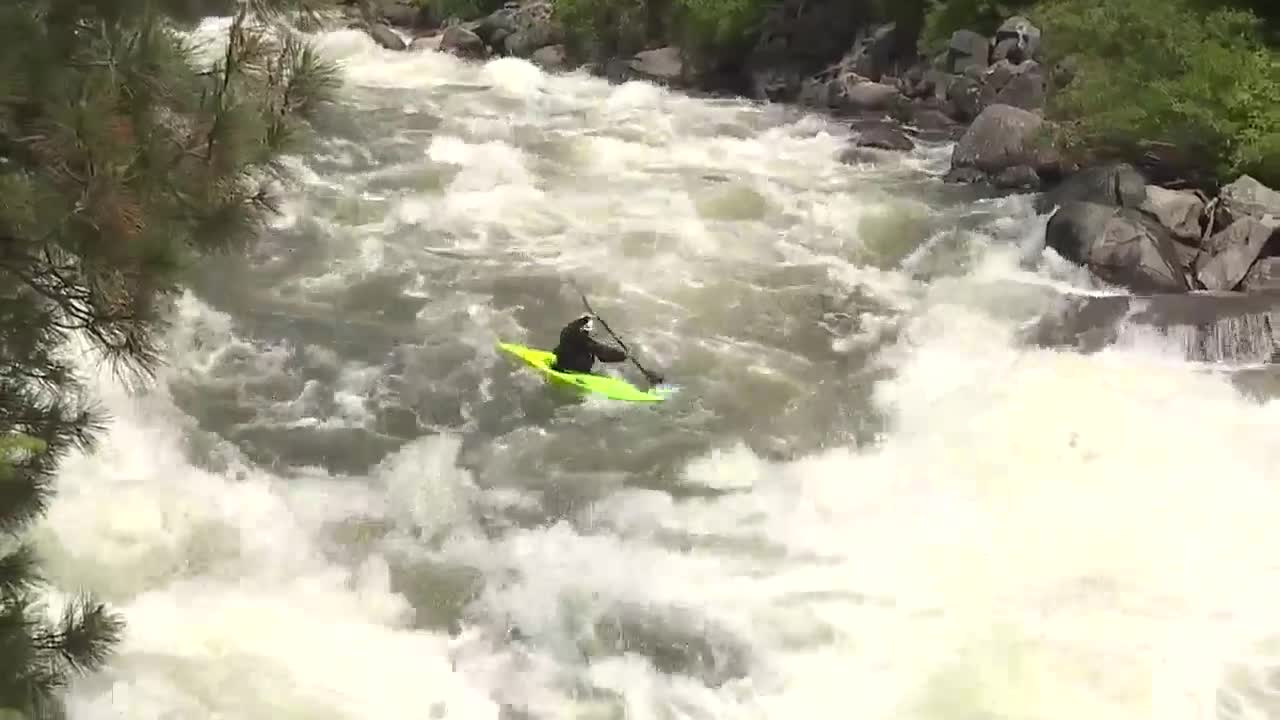 BANKS — Several of the best kayakers in the world have already arrived in Idaho to prepare for the North Fork Championship, it's the AWP's World Championship of Extreme Kayaking and it's happening right in our own backyard.

This week paddlers will test themselves on an expert section on the North Fork of the Payette River to see who has the fastest blades in the world.

"It's the best continuous class five whitewater that you will find in the world," said Adriene Levknecht from South Carolina. "It's super fun and it is super rad to have people from all over the world to crash down these rapids and have some good lines."

The North Fork of the Payette is an intimidating sight and the roar of the rapids can scare even the most talented kayakers.

"I like it a lot, but it's big," said Andy Brunner who is from Austria. "I haven't done it at this level and I want to do it today and I'm scared."

There is also a new format this year in years past the top ten finishes from the prior year received an automatic bye to the finals at Jacob's Ladder on Saturday.

Boise native Alec Voorhees finished fourth last year, but this year the Voorhees brothers and everybody else will have to race their way into the finals.

Friday afternoon a two paddler boater cross will ensue down S-Turn rapid with the winner of each heat advancing to the finals on Saturday earning a chance to become the king of the North Fork.

There will be ten women racing on Friday which will send five contenders to the finals and the queen of the North Fork will also be crowned on Saturday.

The Winners will receive a $5,000 prize and at this event the payouts are the same for both the men and the women.

"Reagan who is one of the organizers is pretty set on making sure that we have equal pay," said Levknecht. "This event has also been changed to the world championship for the first time ever."

For more information on the North Fork Championship click here.