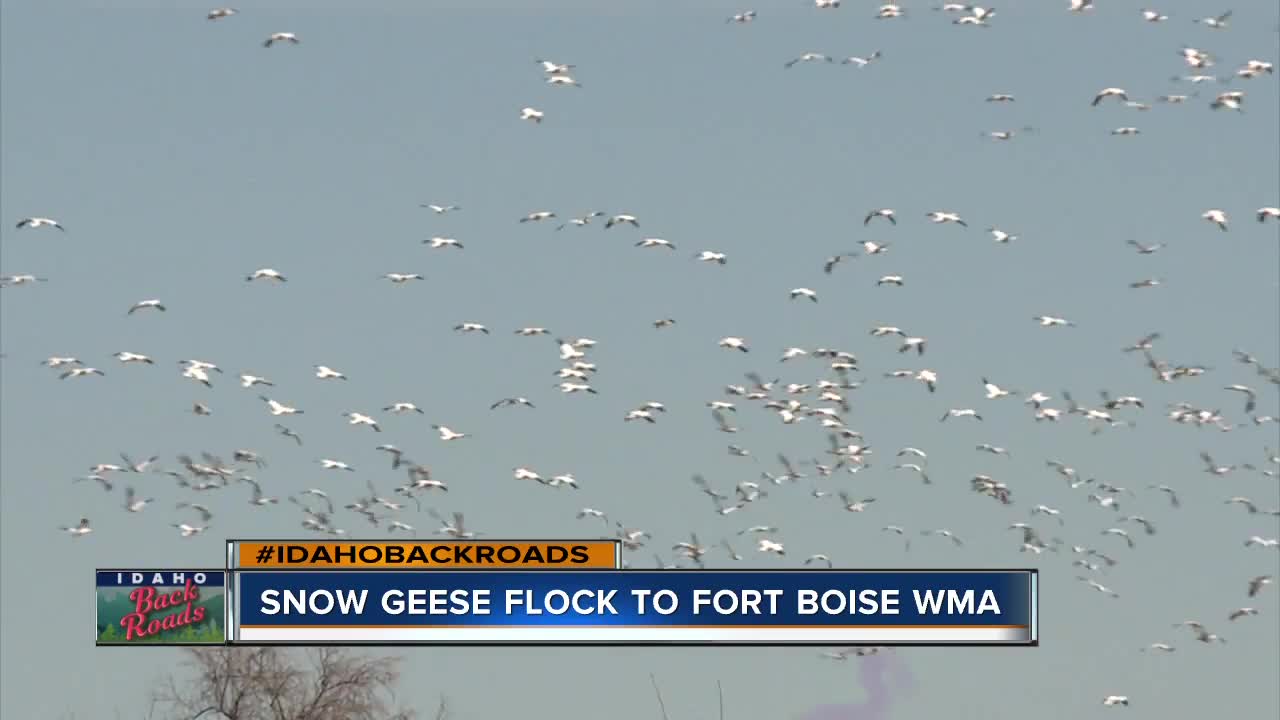 Seeing thirty or so geese flying in formation is pretty common around Idaho, but when literally thousands of snow geese fill the sky over the Fort Boise Wildlife Management Area, it's a sight to see and a sound to hear.

Chuck and Carol Jones learned about the wildlife viewing opportunity less than an hour from Boise last fall, when thousands of geese flying south for the winter stopped here. "You couldn't believe that there were that many birds around here," said Chuck. "It's just like a cloud, really," said Carol. "When they take off it's just a big white cloud. It's just breathtaking."

Now the geese are on returning to Canada from California. This couple was alerted to their return when they went to watch their grandson play baseball in Ontario. "And on the way home we saw, there must have been five hundred geese flying over the top of us,"said Chuck. "As soon as we saw that,we knew we had to come out and check it out."

And they knew right where they wanted to go; an elevated viewing deck that is free to the public, and is very busy this time of year.

"Probably have about 25 thousand to 30 thousand geese in the area right now," said wildlife area manager Tyler Archibald. "These birds are migrating north from central California. They'll stop here, you know, for a month, maybe six weeks, move up through Montana and then head back to western Canada."

At the peak, usually around mid-March, Archibald says there will be as many as fifty thousand snow geese and white fronted geese filling the skies over Fort Boise WMA and the surrounding area.

The Jones' hope that between now and then, they will have the good fortune to be here when the thousands of geese are in flight, like they were last fall. "There was just thousands of them out here," said Chuck. "You''re just mesmerized by the fact that there are that many birds around, and they kept coming in flocks. Just unbelievable."

Tyler Archibald tells us the birds generally fly into the ponds on the WMA around 10:30 am, and fly out again around five in the evening.