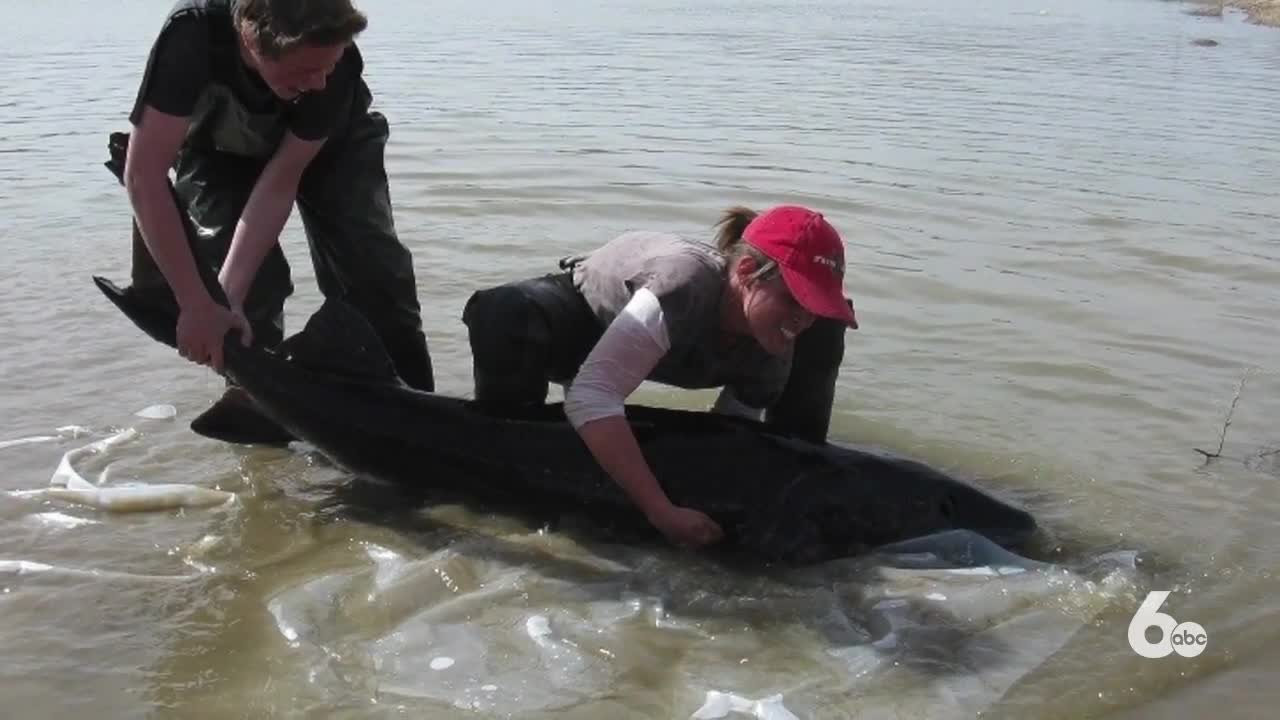 FRUITLAND, Idaho — Right here in the Treasure Valley there is a place where more than a thousand fish swim. A very unique species that has survived since prehistoric times. And most who fish for white sturgeon here prefer to be anchored to the shore, but some get a thrill out of being pulled around Schwartz Sturgeon Pond in kayaks.

"It's a lot of fun actually, it kinda gets on your arms, big time. It wears your arms out," said Renae Drake.

She caught more than a dozen sturgeon in just a few hours on a cool day in May. And while the little ones are pretty easy to land, most of these anglers are hoping for a monster.

"The biggest fish in here is Trump the sturgeon," said pond owner Jim Schwartz. "He's seven and a half, well seven foot six and a half inches. I usually call him seven six, but he weighs about two hundred pounds. Everyday when I feed, I see him three feet from the bank, and he just bulldozes everybody else out of the way as he snarfs up the fish food."

"We're gonna be out here for, I don't know, a few hours," said Kyle Courtright after catching his first sturgeon. "I'm gonna catch the biggest fish in here. That's my goal."

Courtright's first sturgeon was only the second fish he's ever caught, and this trip might just be life-changing for him, because of someone who finally got him out of the house and on the water.

"My sister has fished her whole life and I never, I was just a city kid, playing basketball and hanging out, never went fishing. And now it's quarantine, and there's nothing to do. And I don't want to go back to my normal life after quarantine is over. So this is a good way to pick up a new hobby, and not go back to doing nothing productive."

And words like those are music to the ears of Jim Schwartz who says watching families come together in this pond south of Fruitland, where catching a large fish just about as it gets.

"And just like him, it's the second fish he's ever caught in his life, and he's very excited about it. That's what makes it all worthwhile. We love it."