Numbers too low for hatchery needs 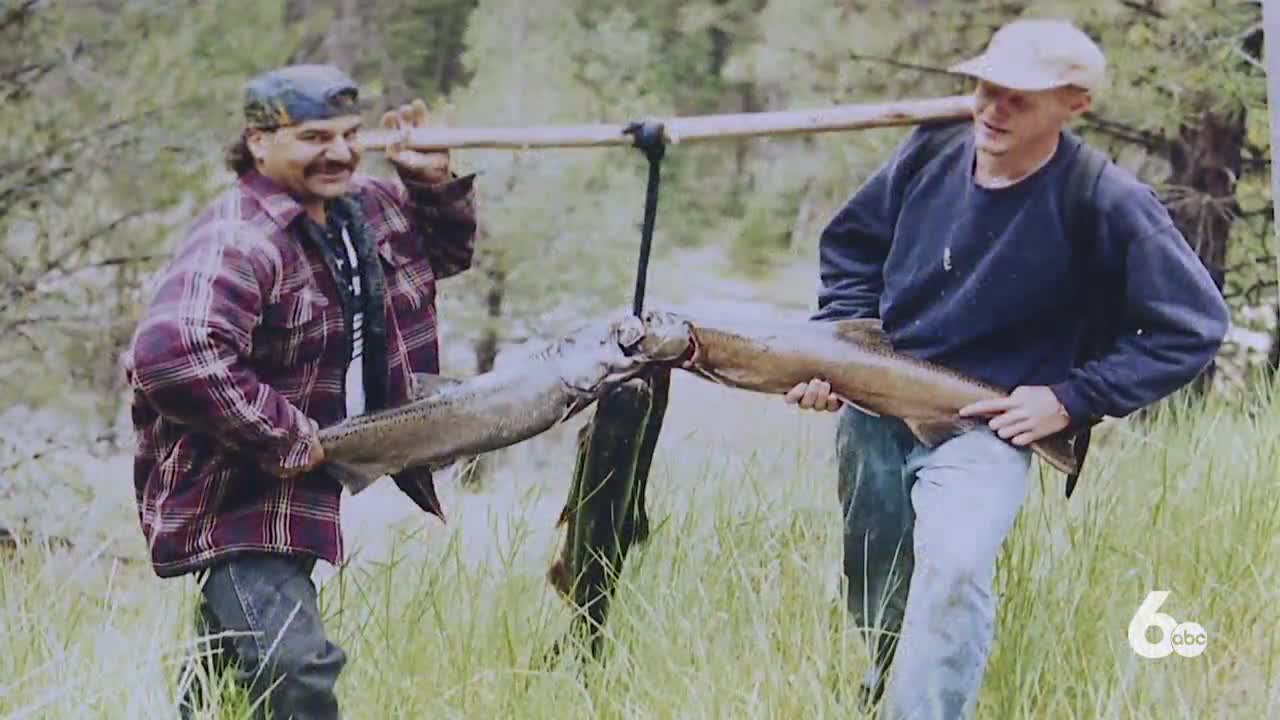 PAYETTE NATIONAL FOREST, Idaho — These members of the Shoshone-Bannock Tribe are preparing for a traditional ritual -- fishing for summer Chinook salmon in the South Fork of the Salmon River. But while we were watching, they found no fish in holes where salmon usually swim in early July.

And they remember the masses of fish that filled it not too long ago.

"This whole river: black. From here, all the way around the bend. Man, that's a once in a lifetime thing to see," said a Tribal member as he prepared to wade into the river.

The river was closed to sport anglers for more than thirty years, but that changed in 1997 when salmon returns started to rebound. By 2001 it seemed everyone was catching salmon here, sometimes two or more at a time, even young kids landing trophies, and lining the banks of the South Fork became a Fourth of July tradition for many.

In 2003, the trap where managers hold hatchery fish before spawning could not handle the numbers coming in.

"There were too many," said Ken Cole who worked for Fish and Game at the time. "There was one day in early July of 2003 I think we let 450 fish into the trap, and we had to stop letting them into the trap. And a lot more could have come in if we had the capacity."

But on July 4th this year?

"Right now we have five," said Conrad Robbins, who is working the South Fork weir this year.

Fish and Game predicts the entire return to the South Fork in 2020 will be right around that 450 that filled the trap in around a half hour 17 years ago.

All of Idaho's salmon species are returning at alarmingly low rates. Managers say they can't explain everything impacting this year's run, but they say ocean warming off the west coast has become a major problem.

"And it really changes the food resources that are available to the fish when they first get to the ocean, said IDFG Anadromous Fishery Manager Lance Hebdon. "And so if you have less food out there overall, and the food is less nutritious, it affects juvenile survival in the ocean."

The fish that return to this river took a major hit a few years ago, when the combination of heavy rain and a fire charred landscape led to mud flowing into the trap.

"We had a mudslide that killed all of our fish practically," said Robbins.

Salmon returns to Idaho were once among the largest in the world, and fish advocates believe removing four dams from the Lower Snake River would give them a fighting chance in years when they are up against a warm ocean and other lethal conditions.

"It's heartbreaking to see that it's disappearing," said Shoshone-Bannock Tribal Member Lionel Boyer, who has been fishing the South Fork for more than four decades.

But they remain hopeful that someday, the river will look like it did less than twenty years ago.

"The salmon run in cycles, and hopefully there will be another year when the river will be black again," said Esther Boyer.

Under the Stephens Treaty of 1855, which was confirmed in federal court, Nez Perce fish managers will allow tribal members to harvest ten or eleven salmon.

The Sho-Ban Tribe lost their traditional salmon runs that went all the way into Northern Nevada before the Hells Canyon Dams completely blocked those migration routes.

The Nez Perce say the Sho-Bans have no rights to fish the South Fork. We have reached out to Sho-Ban fishery managers in various ways since Monday to find out how many fish they plan to harvest, but we have not heard back.