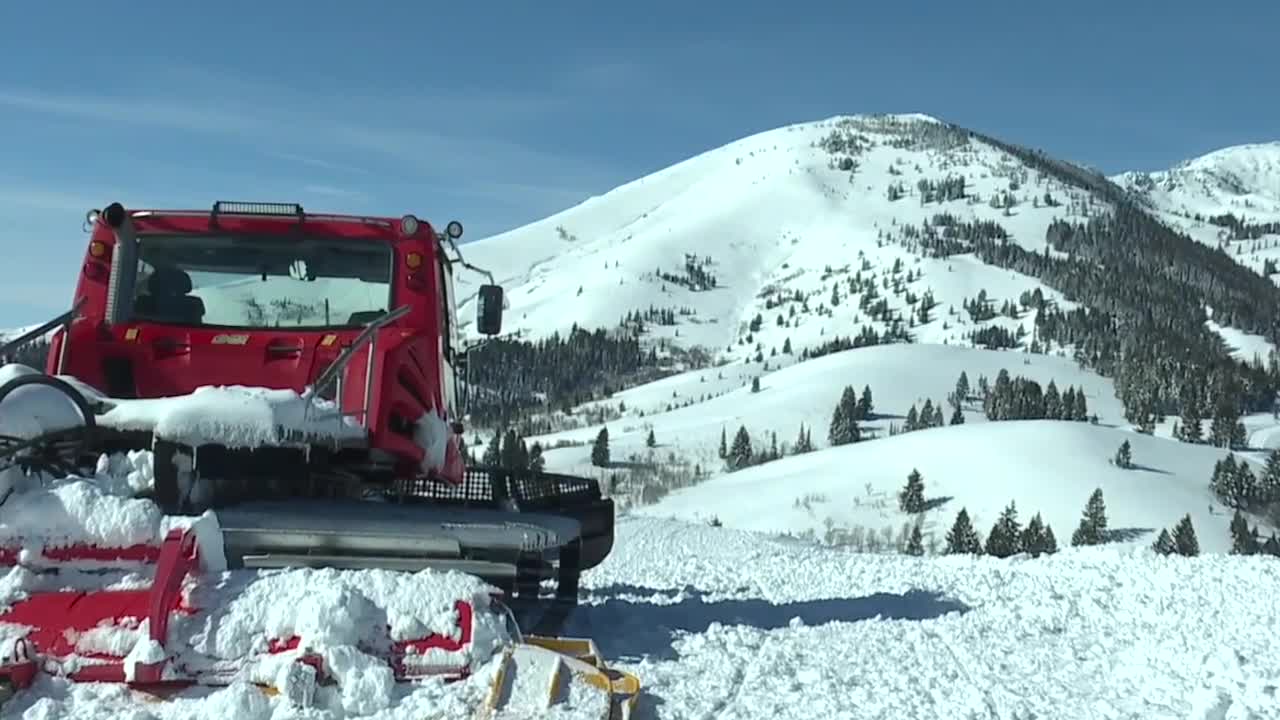 The fire caused significant damages, but the new owners are working to repair those and they plan on opening around the normal time for winter operations.

FAIRFIELD, Idaho — This summer, Soldier Mountain had to be evacuated because of a wildfire that burned near the resort.

The fire caused significant damages, but the new owners are working to repair those and plan to open around the time they usually do for winter operations.

"Slowly but surely rising from the ashes we took a big hit, a big expensive hit," said Paul Alden, who bought the resort right before the fire threatened the mountain. "We paid for it on Thursday, on Friday, it burned down."

The fire destroyed the magic carpet, damaged the main lift components, burned down signs, and there is a considerable amount of fire retardant leftover from the firefighter's effort to stop the blaze from getting to the resort.

The firefighters did save the lodge, and the snowcats that make skiing at Soldier Mountain unique came away unscathed.

The comm line, a safety feature that connects each tower on the chairlift melted, the haul rope that carries the chairs up the lift suffered heat damage and the chair slats were also damaged.

So the new owners will replace all those components to make sure this chair that got built-in 1971 is safe for skiers and snowboarders this winter.

"We are very optimistic, we are very positive and we think there will be some good that will come out of this fire," said Alden.

Although Soldier Mountain believes everything will be operational this winter, the fire did burn up all their snowmaking equipment, so they will be relying on mother nature to open the resort.

But they have also announced that they are building a brand new terrain park for their guests.

"While I can't say it is exactly business as usual, we are very actively putting Humpty Dumpty back together," said Alden.

Season pass holders this winter will also have access to the mountain's new bike park next summer.