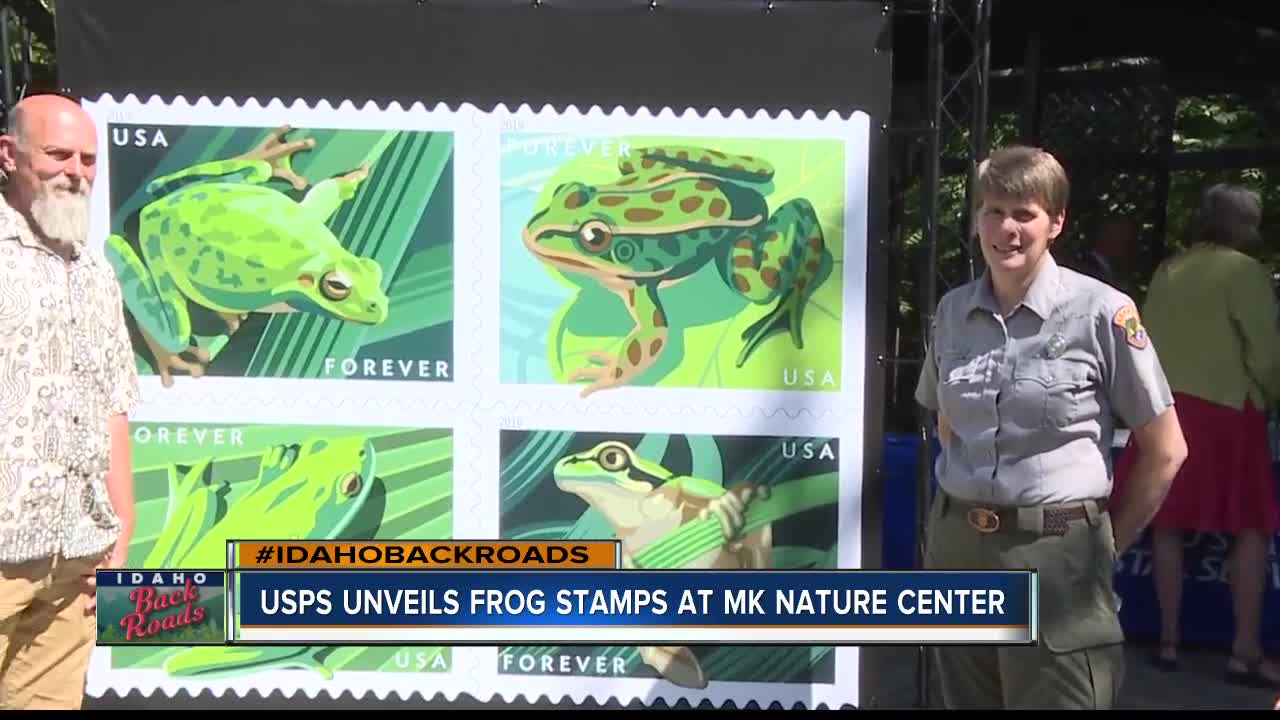 BOISE, Idaho — When most of us think of frogs, we probably remember catching them, or maybe hesitating to do so as children. But frogs are a vital part of ecosystems in Idaho, and they can indicate the health of those ecosystems.

"Frogs are vitally important," said IDFG Conservation Education Supervisor Vicky Runnoe. "They're so unassuming and people don't think about them much, but they are kind of like the canary in the coal mine. They can let us know if there's something wrong with water, with habitats. Of course there is what they eat. They eat a ton of insects, and they themselves are food for other animals as well, so they are incredibly important."

That's why the M.K. Nature Center was proud to host the unveiling of the U.S. Postal Service's latest forever stamps that pay tribute to four frog species. Two of those are native to Idaho, and one is not doing well.

"The Pacific chorus frog is very widespread in Idaho, doing well," said Dr John Cossel of Northwest Nazarene College. "You can find them in back yards, in lakes, ponds, streams, just about any habitat. And they're doing just fine. But the northern leopard frog, which is the other forever frog stamp species we have in Idaho, they've really declined significantly over the years."

Cossel says the leopard frogs are declining for two main reasons; a global fungus, and use of pesticides in agriculture. He's glad to see the stamps drawing attention to this vital species, and Nature Center managers are glad to be involved in this part of the process of educating Idahoans about the many species found in the Gem State.

"I mean what better place to talk about frog stamps than the Nature Center. You know, a place where people come to get connected with the outdoors, enjoy nature, and frogs are such a gateway animal for people to go 'Oh wow, this is so cool!' And they see frogs and they hear frogs and so it seemed like a really good fit for us."