Hikers react to the fall of Baron Spire 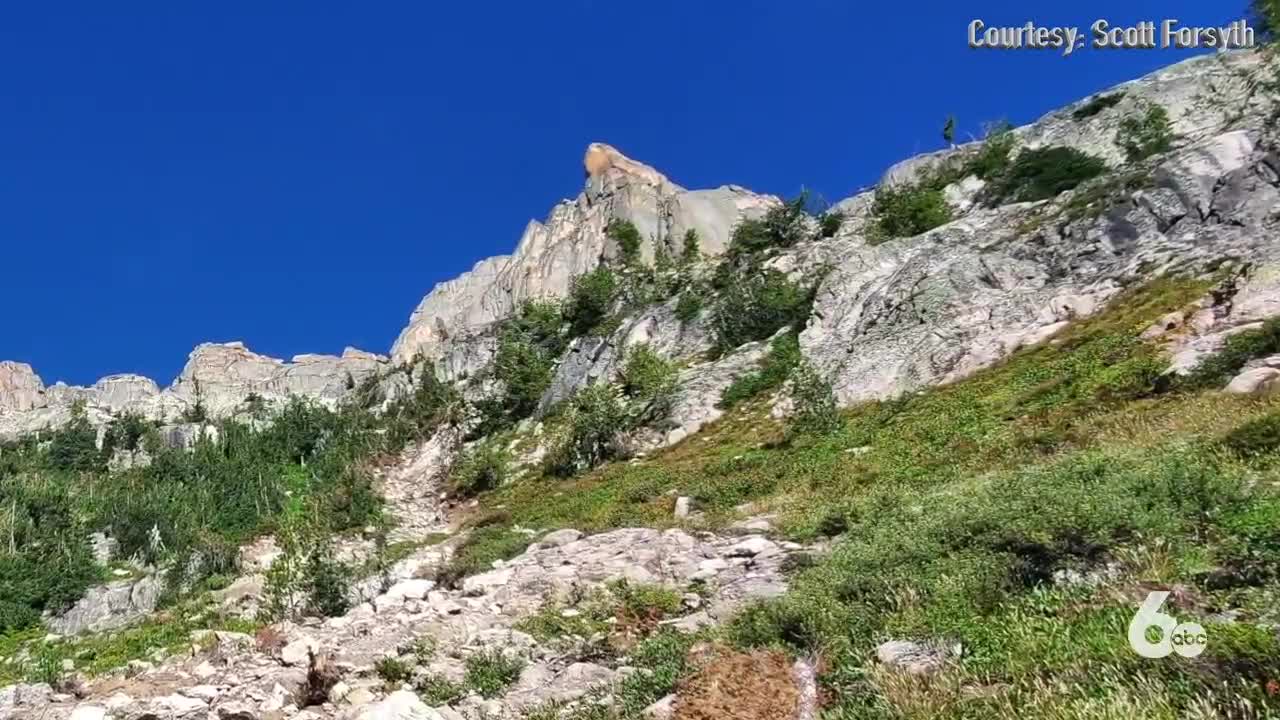 BARON LAKE, Idaho — Washington resident Scott Forsyth was on his first ever backpacking trip. He was with Idaho friends experienced in hiking and climbing.

The landscape photographer was using his camera to capture the grandeur of the Sawtooth Mountains surrounding Baron Lake. As they hiked under a famous feature, one had what would turn out to be a foreboding thought.

"And it was funny," said Forsyth. "Cause we looked up at the rock, Baron Spire or Old Smoothie, as they call it, and we and we were saying, man can you imagine if that thing came down?"

Four hours later they were at their camp, relaxing with a few drinks, when the ground started to shake.

It was an aftershock from a March 31 earthquake that measured six-point-five on the Richter Scale. The same quake that caused a massive beach to disappear under the water of Stanley Lake.

But that jet-like sound was just the first thing the hikers heard. They listened and watched as a famous rock called Baron Spire toppled from its perch. Many climbers, including Forsyth's boisterous friend, referred to the spire fondly as "Old Smoothie."

Remember, Forsyth and his friends had been hiking in that very spot, where rocks were now pounding the landscape, just four hours earlier.

It's the kind of thing Idaho State University Professor Glenn Thackray warned Stanley residents about a decade ago, after the discovery of an active fault now known as the Sawtooth Fault.

But Thackray says the fault that is now shaking the Sawtooths is a different one, part of a series of faults called the Trans-Challis Fault System.

He says the recent quakes from Reno through Utah and in Central Idaho are unconnected.

"The earthquake that occurred in the western side of the Salt Lake Valley that occurred roughly two weeks before the Stanley earthquake, we wouldn't connect those two as anything other than a coincidence in time," said Thackray.

Idaho is fifth in the nation for seismic activity, and Thackray says the pattern of a major seismic event every few decades is likely to continue.

"Hebgen Lake, Borah Peak, the earthquakes this year, they tend to be more long term hazards," said Thackray. "And the best we can do is be prepared for an event like that and then go about our daily business."

That makes Forsyth think twice about more hiking in the Sawtooths, but ultimately he says, it's worth the risk.

To see the entire video click here. WARNING: IT CONTAINS LANGUAGE NOT SUITABLE FOR CHILDREN.