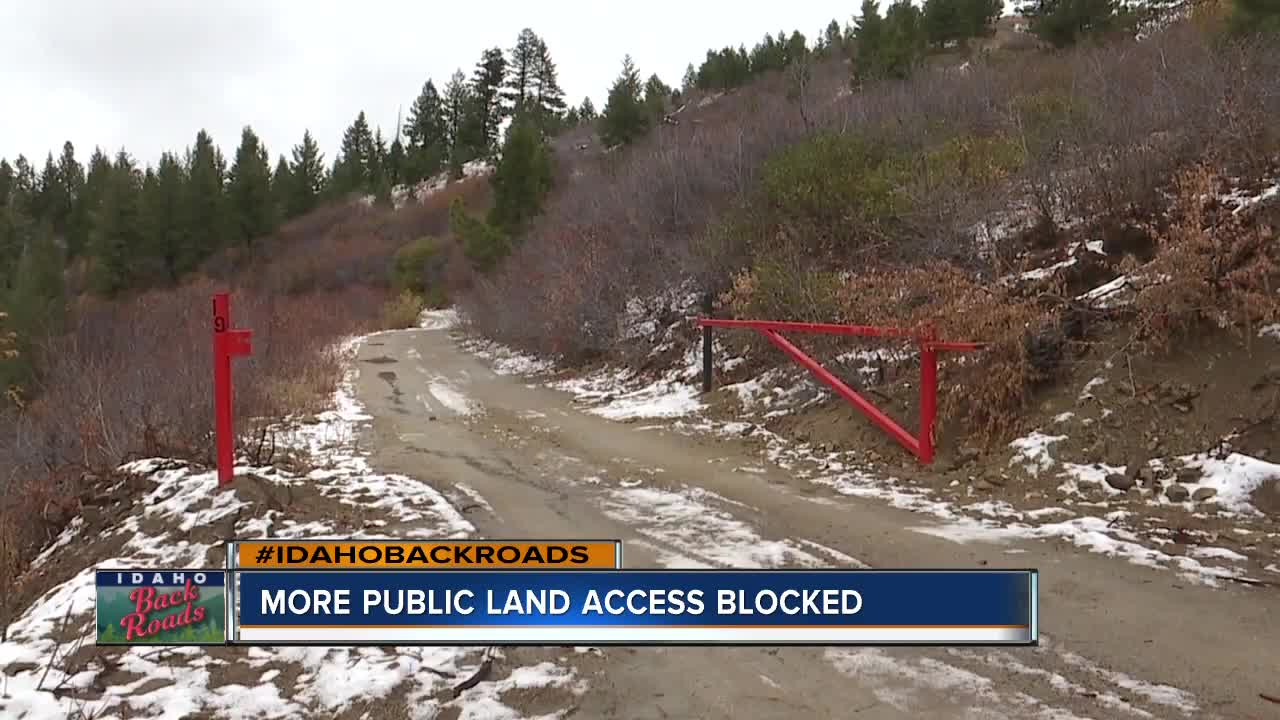 CROUCH, IDAHO — Ryan McFarland is an Idaho native who has been wandering the mountains near Crouch his entire life. Nine years ago he bought a second home here, and this year he was disappointed to find a gate blocking a road that provides access to large parcels of state and federal public land.

"This is not an obscure dirt trail, this is the access way for those four or five hundred homes to get in and out of their neighborhood," said McFarland. "To wipe it off the map, literally, was most unusual."

An engineer from the Forest Service admitted that is unusual. He told us the road was removed from the map because there is no easement, and the road has never been maintained using Forest Service dollars.

Last year DF Development installed gates on Boise Ridge Road. The company is owned by the Wilks brothers, Texas billionaires who have been buying large properties in Idaho. In that case, Brian Brooks of the Idaho Wildlife Federation found documents suggesting that the road near Bogus Basin should be open to the public regardless of who owns the property beyond the gates.

"So if you come across a sign on a public road or public lands that says private property or it obstructs your access in any way, you have the power to legally challenge that road closure in court," said Brooks. "That just passed this year with extreme support from the people of Nevada and it passed with an overwhelming majority in both sides of the statehouse in Nevada and it was signed into law."

Brooks and McFarland stress that they are not trying to erode private property rights.

The Idaho Wildlife Federation will try for a second time to get a law on Idaho's books that will allow citizens to challenge blocked access to public land in court, or to provide a funding mechanism that would allow the state to buy easements to keep that access open.

"Citizens need to speak up," said Brooks "If you value access, you need to let your lawmakers know."