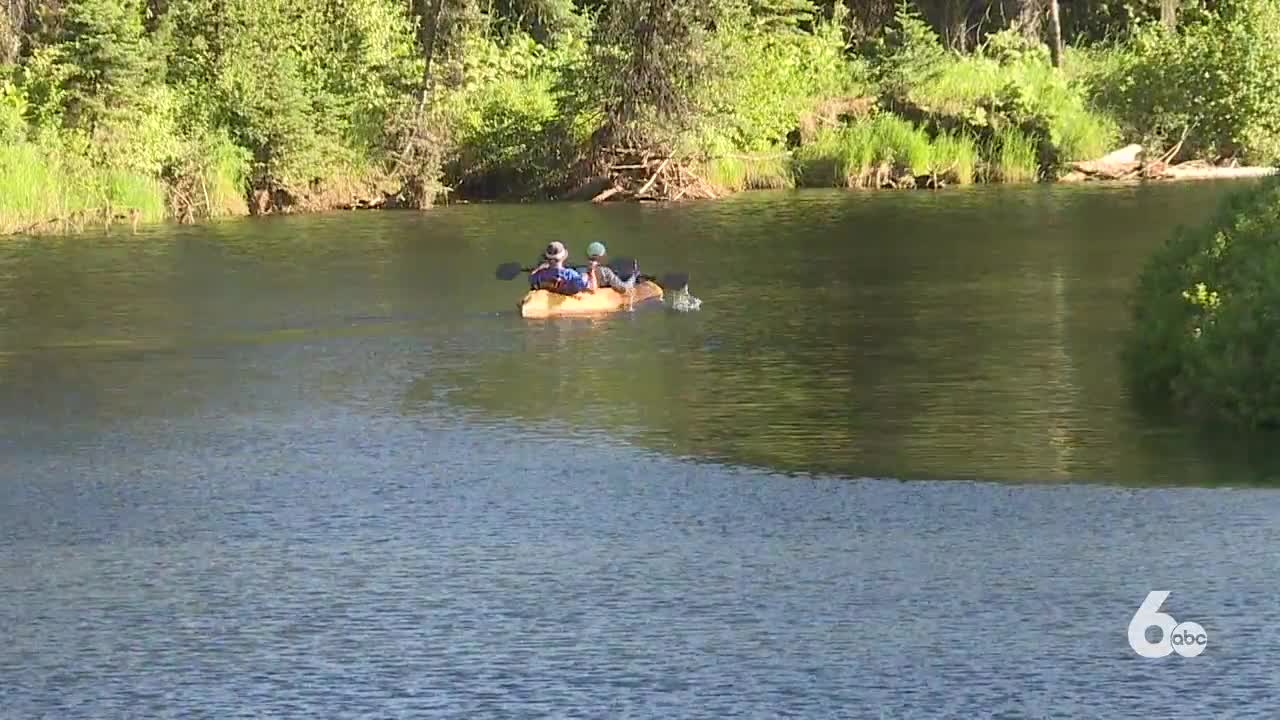 Jeff Mousseau is an Idaho outdoorsman and an Idaho native who chose McCall as the place to buy a second house. A major part of that decision was the city's proximity to public land.

"From huckleberry picking, to fishing, to hunting, to hiking, to snowmobiling, There's basically every outdoor recreation opportunity in those lands that you can think of," said Mousseau.

But now a company called Trident Holdings LLC wants to take over 28 thousand acres currently held by the Idaho Land Board. Prime real estate that surrounds Payette Lake, Little Payette Lake, and prime fish and wildlife habitat to the south.

That puts fear in the heart of Mousseau and other outdoor enthusiasts who have seen public land go private, then end up in the hands of those who are unwilling to allow access.

"All of those companies provided access, then a company called DF Development which is managed by the Wilks Brothers, which are of a couple of billionaires from Texas bought all of those lands and they have restricted access, complete access to those properties."

But Trident's Alec Williams says he shares those fears, and that's why he wants to acquire the property and protect it.

"That was the same fear that motivated me to get involved, is that I think that would be the greatest shame that could happen to the beauty around us," said Williams. "So what we want to do is take what are endowment lands and transform them into true public lands."

He says this is not a land grab.

"This isn't an acquisation ploy. This is the opposite of that. This is the chance to take a sticky problem that the state and community have and use public access forever to come and meet in the middle for a comprehensive solution that would last on these lands forever."

That sticky situation for the State, says Williams, is the idea that the land in question doesn't meet the Idaho Land Board's constitutional obligation to maximize the profit from lands it holds for the beneficiary, in this case McCall's public schools.

But IDL's own records show an annual net revenue from the land of more than 1.2 million dollars. The Board has asked for guidance on maximizing the profit from the land and Trident was scheduled to make a presentation on a proposal later this month. But Williams says that has been delayed because the details of the land that would be swapped in northern Idaho are not solidified, and the people involved in those deals are working under non-disclosure agreements.

"From the get go, they're starting with NDAs. And we don't get to know who they are working with," said Idaho Wildlife Federation's Brian Brooks. "That's just a really concerning starting point."

Like Mousseau, Williams is an Idaho native. His family, which settled as Quakers in Caldwell, built the oldest cabin still standing on the east side of Payette Lake. He says his intentions are to preserve the surrounding land, and ensure access.

"I would just say look to our actions to judge our intentions. Our purpose in all of this is a better solution than selling lands over time. It was to provide an alternative that kept these areas open to the public, not only this year, or next year, but forever."

Mousseau, Brooks and many others remain skeptical, and will remain so until they hear all of the details of the proposal.

"There are people who are promised a bottom line return on this investment. And I think we should remain wary about who those people are," said Brooks.