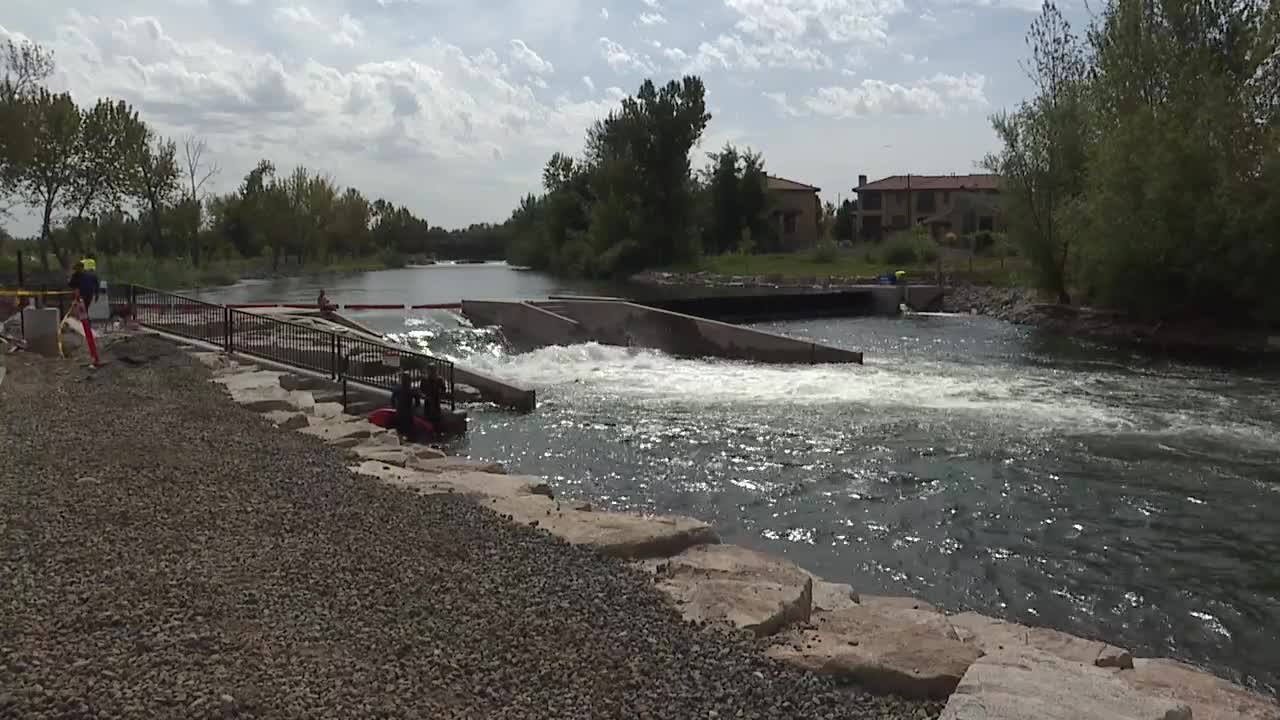 BOISE, IDAHO — With so many people using the Boise River for so many reasons, it's surprising to some how healthy the fish population here is.

"Years ago Trout Unlimited had their national meeting here, so people from all over the country came here. And they were stunned to be able to fish in the middle of this urban area," said Dennis Anderson of Trout Unlimited. "I mean this is a great river and I hope people get out and fish in it, because they really have something here."

And in the twenty first century several agencies and environmental groups are working to make the river even more fish friendly. That's why the City of Boise built a fish ladder at whitewater park. It allows wild trout to move around the concrete structure.

"We have wild rainbows, wild brown trout who like to move up and down the river during spawning season," said Regional Fisheries Manager John Cassinelli. "So any time we put a barrier in the river, we like to allow those fish to be able to move past that barrier so that they can move upriver to spawn, and downriver post-spawn, and just have access to different habitat in the river."

Meanwhile the Boise River Enhancement Network is working to bring back habitat that once existed. Like where a buried stretch of Cottonwood Creek joins the Boise River. In January workers plan to uncover the creek creating a new water feature at Julia Davis Park.

The new Cottonwood Creek will not only provide the possibility of new spawning habitat for trout, but also new rearing habitat as well.

"These are banks. These are dikes that we are standing on that they used to kind of channelize the river so it wouldn't flood everywhere," said Anderson. "And so when that happened a lot of the side channels that the young of the year fish would swim into and hold in the high water and stuff were lost to the river. So this is an opportunity to recreate that."

Anderson says other projects are in the works to open up even more habitat, and fish managers are hopeful that future developments on the river will be as fish friendly as this project at Whitewater Park.

"We just hope moving forward any time we're going to put a barrier in the river or do these sorts of developments that we can incorporate fish passage," said Cassinelli "Because that leads to a healthy fish population over time, so that's definitely a benefit to the fish population and something we encourage."