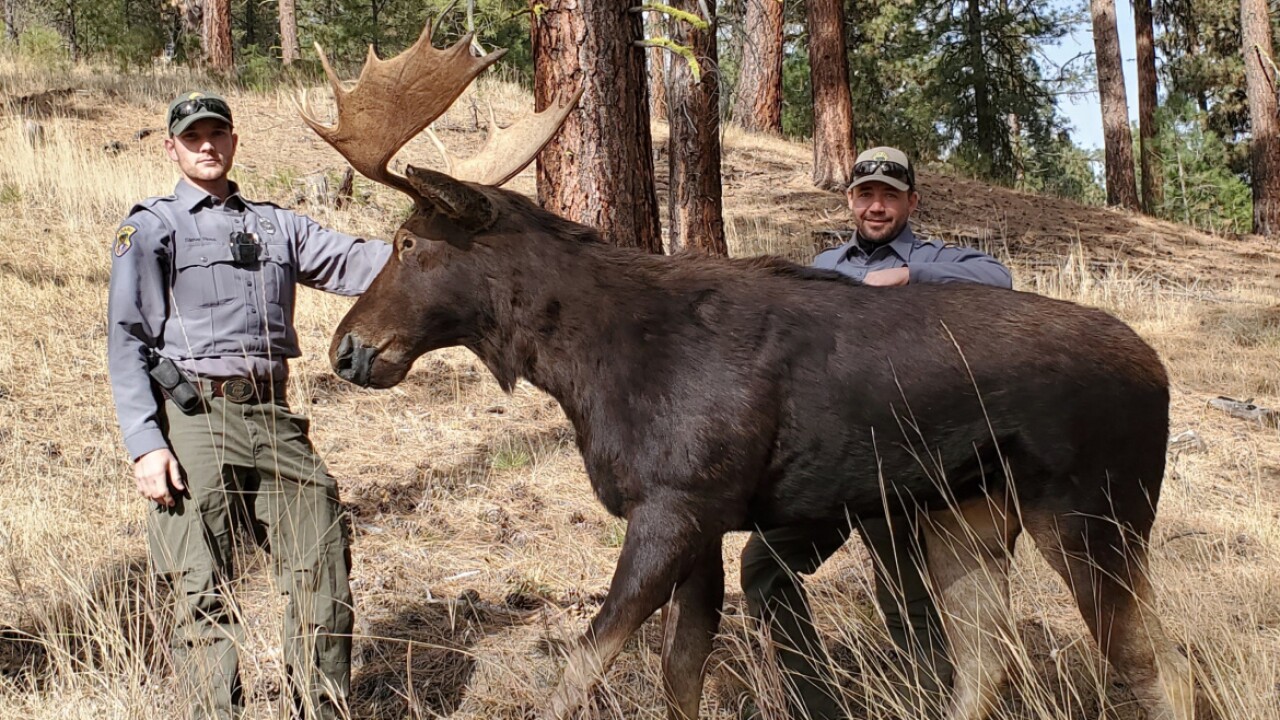 BOISE, Idaho — That buck or bull standing next to the road might be a tempting target, but it could be a very costly mistake. Idaho Fish and Game (IDFG) conservation officers use artificial simulated animals (ASAs) during hunting season to catch law-breaking hunters.

ASAs are life-like copies of deer, elk and other game species that look and act like the real thing.

“Officers watch the animal and respond if someone violates the law,” said Fish and Game Chief of Enforcement Greg Wooten. “This tool is extremely important in our effort to curtail illegal activity that is otherwise undetectable.”

Simulated animals are typically used in areas where there’s a history of spotlighting, trespassing and road hunting.

“This is similar to other law enforcement agencies watching an intersection based on reports of frequent instances of failing to stop at a stop sign, or monitoring speed compliance using radar,” Wooten said.

Anyone found guilty of shooting an artificial animal may lose his or her license, face a fine up to $1,000 and a possible jail sentence of up to six months. There is also a $50 minimum restitution penalty for shooting an ASA to help maintain the decoys.

Officers can also cite people for shooting from a road, trespassing, shooting from a motorized vehicle, and other related infractions that can increase penalties and fines.

Although they’re not really an animal, judges across the country have upheld the use of ASAs. Judges and prosecutors typically treat ASA cases the same as shooting real animals. More than 48 states and several Canadian provinces have been using artificial animals since the late 1980s.