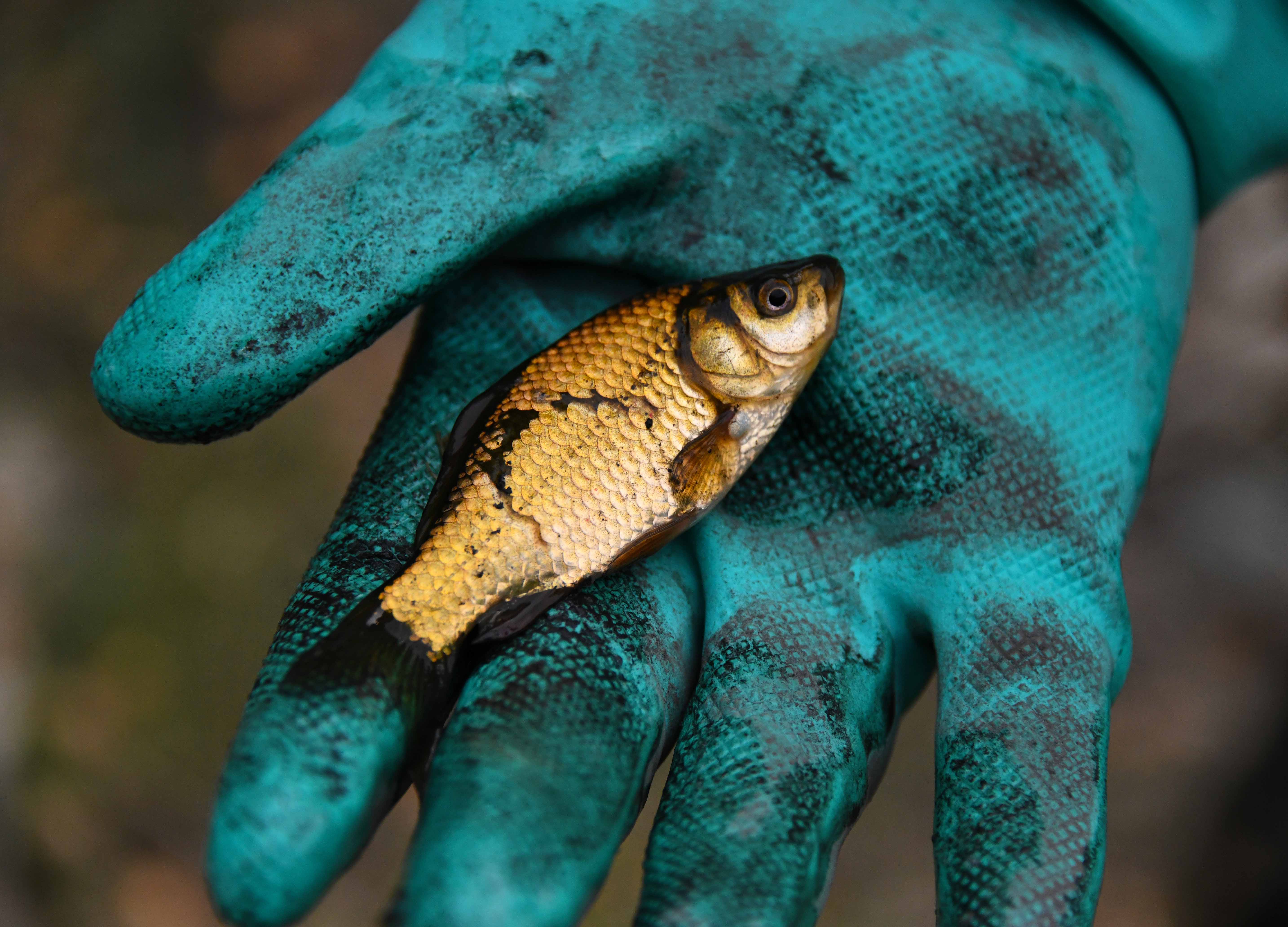 Idaho Fish and Game officials are reminding folks not to dump live fish into river systems after a situation where they had to kill thousands of goldfish in Hailey.

HAILEY, Idaho — Idaho Fish and Game officials are reminding folks not to dump live fish into river systems after a situation where they had to kill thousands of goldfish in Hailey.

Fish and Game says sometime this year, someone likely released goldfish into Heagle Pond in Hailey. It's a seemingly small action, but biologists say it can have severe consequences.

"Its impacts on that system could have been catastrophic," explained Joe Thiessen, a Magic Valley Region Fisheries Biologist. "It's common up there in the spring for that pond to flood, and (it could) wash those fish down to Magic Reservoir. They're highly fecund, which means they produce rapidly, just like other carp species."

Goldfish are a member of the carp family, which are not native to the Wood River Basin. There were thousands of them in Heagle Pond. Biologists say the goldfish reproduce quickly, and if left alone, they would beat out native species for food and space.

“The illegal introduction of invasive species into Idaho’s waters is an extremely concerning situation,” said Mike Peterson, Regional Fisheries Manager with Fish and Game. “What we found... is that the goldfish that were illegally introduced into Heagle Pond were successfully spawning, which could put the fisheries in the Big Wood River at risk.”

"The Big Wood River is renowned for some of the highest trout densities for wild trout in our state--and definitely in our region," Thiessen added. "Having any sort of impact to that fishery, not only from an economic standpoint for the county and the valley up there but also from an ecological standpoint, that wild trout population, as well as our sport fishery down below."

In order to deal with the invasive goldfish, fisheries biologists treated Heagle Pond with rotenone, a special chemical that's toxic to fish.

"It coats gills of fish so they can't take in oxygen anymore, so all fish in there will die because of a lack of oxygen," Thiessen said.

Immediately following the rotenone, thousands of goldfish and other fish species were collected from the pond. Fish and Game says the rotenone will degrade naturally over the next few weeks.

Thiessen says he's gotten several calls about other solutions besides rotenone, like introducing largemouth bass to help bring goldfish populations down--but he says those aren't native to the Wood River Basin either and would only make the problem worse. That's why biologists decided to treat the pond with rotenone instead.

If you're caught transporting or dumping live fish, you could face big consequences.

"In Idaho, anglers or aquarium owner’s illegally transplanting or introducing fish where they don’t belong can be held legally responsible for the financial costs to restore the fishery to its prior condition. Restoration efforts could potentially total in the hundreds of thousands of dollars! The illegal act of introducing fish into another waterbody can potentially result in a felony charge," Fish and Game's website reads. "Despite good intentions, residents dumping any aquarium fish into streams, rivers or ponds can have serious ecological impacts to our public waterways. Illegally introduced fish, like goldfish, can be extremely hardy and both survive and reproduce in the wild. It’s everyone’s responsibility to keep Idaho’s waterways and ponds free from invasive species."

Fish and Game officials plan to restock the pond with native fish species this spring.