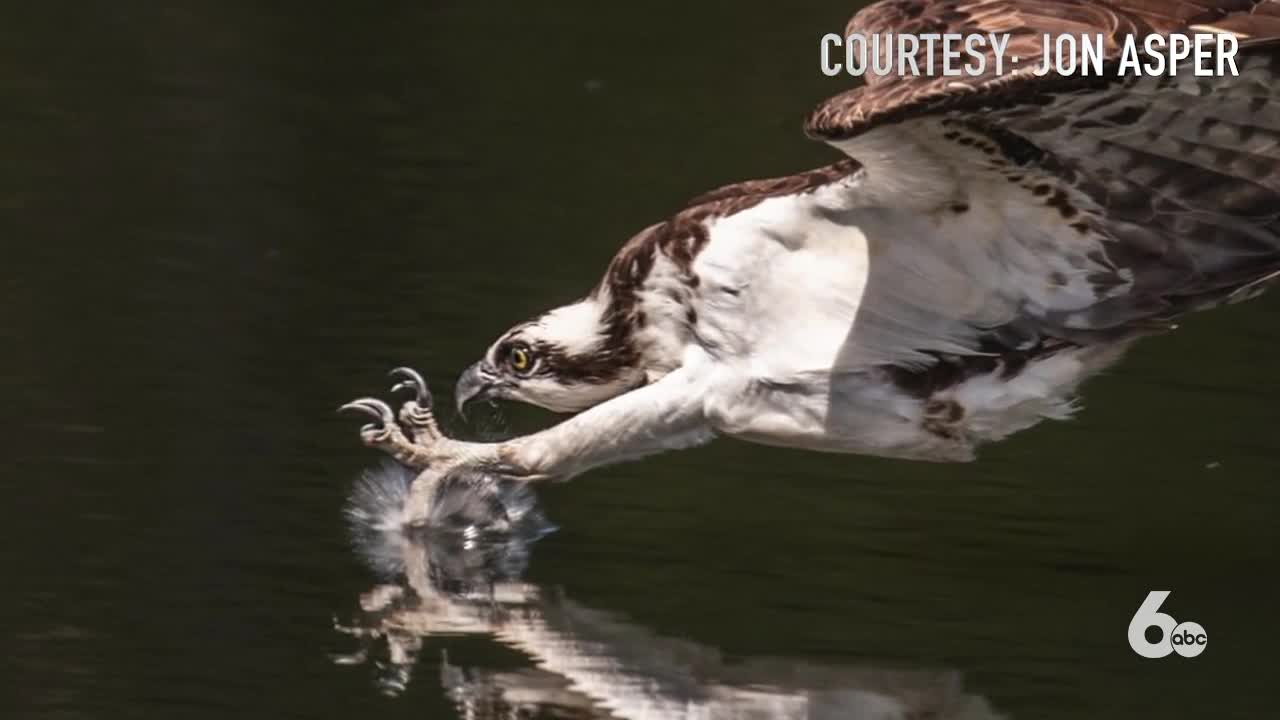 BOISE, Idaho — If you've ever noticed a nest perched right on top of a power pole, like the one near Eagle Island, and wondered what lives there, here is your answer. It is an osprey nest. And that is a very efficient fish catching raptor bringing dinner home.

"Osprey are a pretty large raptor that are common here in Idaho, and throughout the state, and really throughout the country," said IDFG Avian Ecologist Colleeen Moulton. "They live near water, they feed almost exclusively on fish and they can catch pretty large fish."

Osprey, also known as fish hawks, focus most of their attention on places where fish live, especially fish that linger near the surface. And they can be just as stubborn about not getting skunked as human anglers. Within five minutes we watched an osprey dive to the surface of Esther's Pond, not once, not twice, but three times, hitting the water with full force but coming up with nothing in its talons.

Moulton says they don't actually dive under the water, and as you can see from this photo, their talons are the key to their ability to catch fish, actually hitting the water before anything else.

Osprey like to build their nests high, and often choose to do so on the tops of telephone poles. That's why Fish and Game teamed up with Idaho Power, strategically placing platforms on safe poles in places where osprey are likely to be.

The industrious birds love to intertwine bright ropes and bailing twine into their nests, and sometimes they get trapped in those construction materials. Idaho Power crews helped free an osprey that became entangled in its own nest near Blackfoot, but the bird was badly injured and eventually died at a rehab center.

Fishing line can also create problems for osprey and other wildlife, and there is simply no excuse for leaving it on the ground where you fish. Mono-filament is recyclable, and there might be a receptacle like this one near your favorite spot.

"It will be a hazard to many wildlife, not just osprey. Lots of birds and other wildlife can become entangled in fishing line. And it can be around for as long as six hundred years, so it's not going anywhere anytime soon."