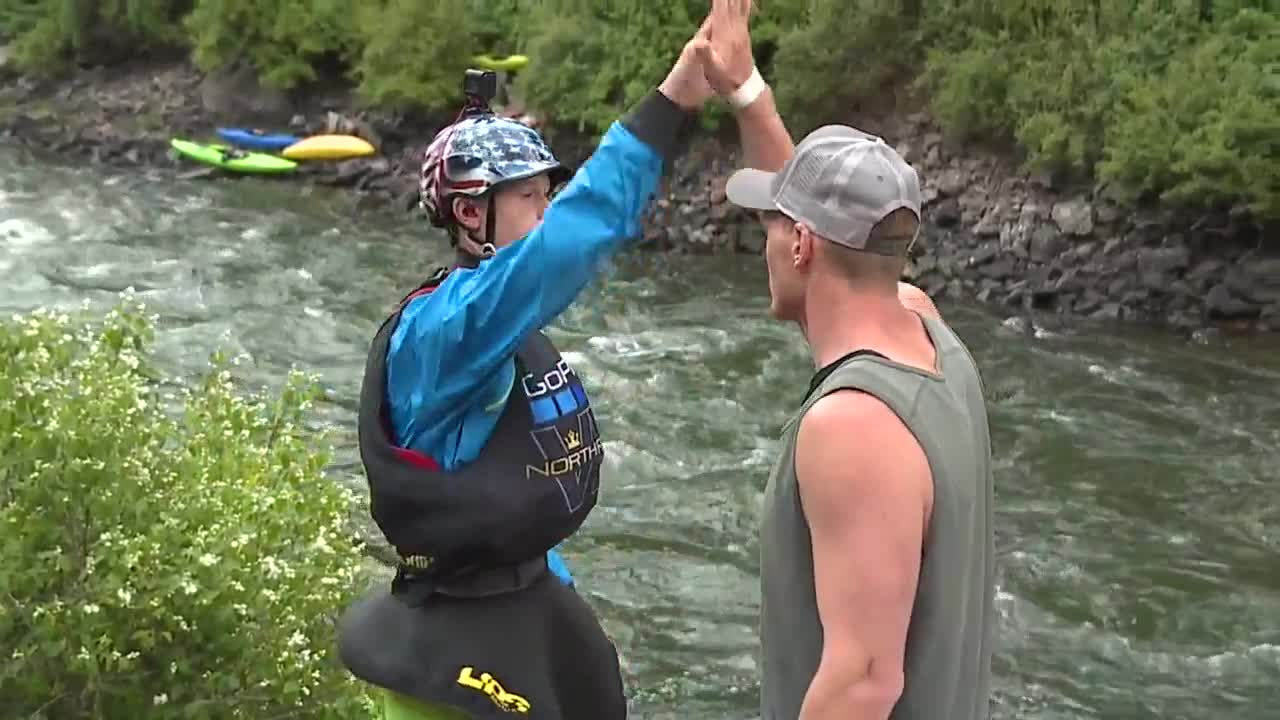 The North Fork Championship was canceled this year because of the COVID-19 pandemic.

BOISE, Idaho — The North Fork Championship was canceled this year because of the COVID-19 pandemic.

For the last eight years, the best kayakers in the world made their way to Idaho for one of the most extreme races in the world.

Kayaking has been a way of life for the Voorhees brothers ever since they can remember, their parents met at Idaho State and then moved to Boise after discovering the Payette River on their honeymoon.

Their sons Alec, Hayden and Connor grew up on the river and have all turned into excellent kayakers.

"We were paddling since we were six and just went from there, "said Alec. "When we were toddlers, my parents would take turns watching us in the Banks parking lot while the other one went kayaking."

The Voorhees family will organize the North Fork Championship moving forward, James and Regan Byrd were the ones who started NFC and built it into an international event.

"Without James and Regan Byrd it would not be where it is, and I don't think anybody else could have pulled off what they did all the credit goes to them," said Alec. "We are just taking the torch, we have some new ideas, but NFC is going to be the exactly same."

The Byrd's have decided to move on with their lives, and for a while, the kayaking community was left wondering if the North Fork Championship would disappear, but the Voorhees family is making sure that doesn't happen.

"My family and I just didn't want to see it go," said Alec. "It's just such a big part of our family, the paddling community here and just the international community of kayaking, it is a showcase for extreme paddle sports."

The NFC will return next year and don't be surprised if everybody in Idaho's royal family of kayakers, including their parents, compete when this extreme kayaking event returns.