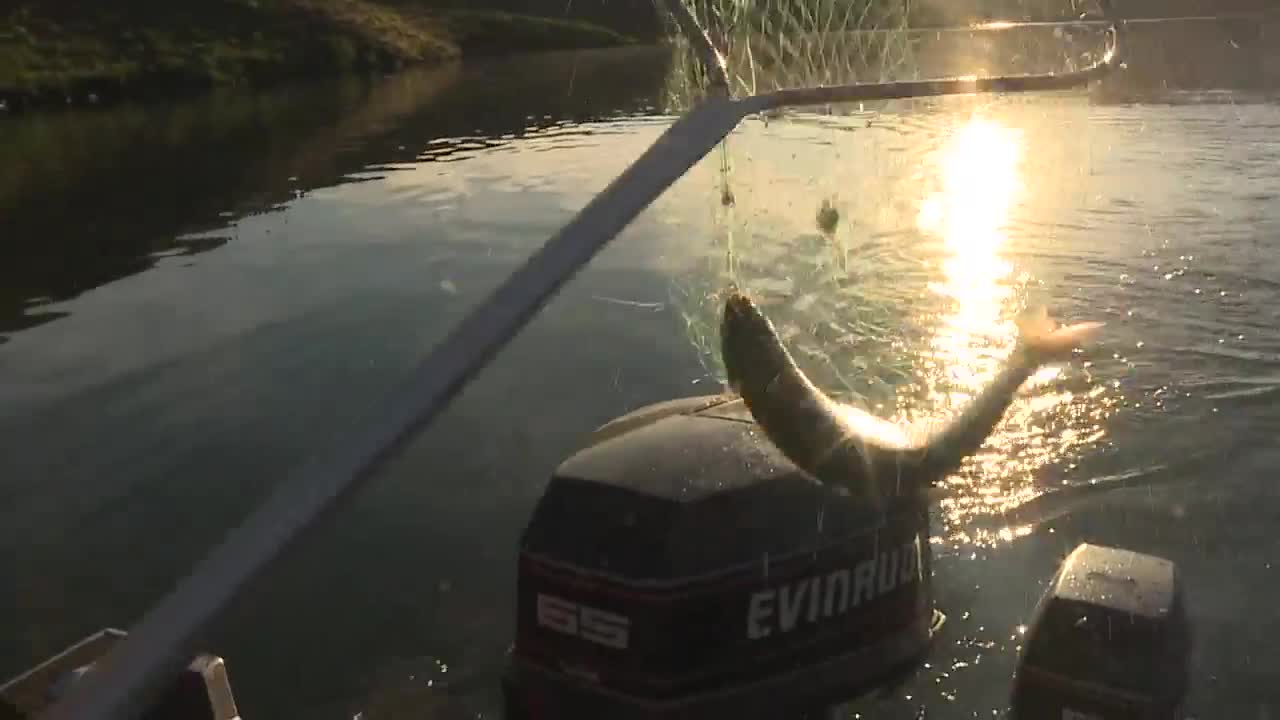 "Once I put the first kokanee in the boat, then I was in real trouble, because I was addicted," says Idaho angler Matt Dodge.

It's an obsession that is hooking more and more Idaho anglers; catching the land locked cousins of sockeye; the kokanee salmon.

It's an obsession that will cause a night owl to be on the water before the sun appears over the horizon.

And it's a growing obsession for many who fish the three reservoirs in the Boise river system.

"I always look at kokanee fishing as a chess match. They make moves, I need to make moves."

The most successful kokanee anglers use fish finders to figure out how deep kokanee are swimming, and downriggers to take dodgers and spinners to that perfect depth.

And when you hook a two or three year old kokanee the challenge becomes getting him to the boat.

But there's something else about kokanee that lures people from all over the region to places like Anderson Ranch Reservoir.

One of the reasons anglers love to catch Idaho kokanee is their delicious meat. And with a limit of twenty five at Anderson Ranch, it's a perfect way to stock your freezer or stock up for a fish fry.

"I mean they're probably the best eating fresh water fish in the state," said Fish and Game biologist John Cassinelli. "They're just a land locked salmon and so they're a really good flesh quality."

That's why Fish and Game releases hundreds of thousands of kokanee into the Boise River reservoirs. But on Lucky Peak and Arrowrock the limit is six. And as populations fluctuate, limits go up and down, so always check current regulations before you go out.

And if you are going to Anderson Ranch, be prepared to fish in a crowd. That may require some extra patience but anglers like Matt Dodge say the fight and the table fare are worth it.

"It's just like eating a salmon out of the river," said Dodge. "But I don't have to drive eight hours to do it."

Dodge is the adminstrator of a Facebook page called Idaho Kokanee Fishing, that helps anglers know when and how to catch Kokanee.