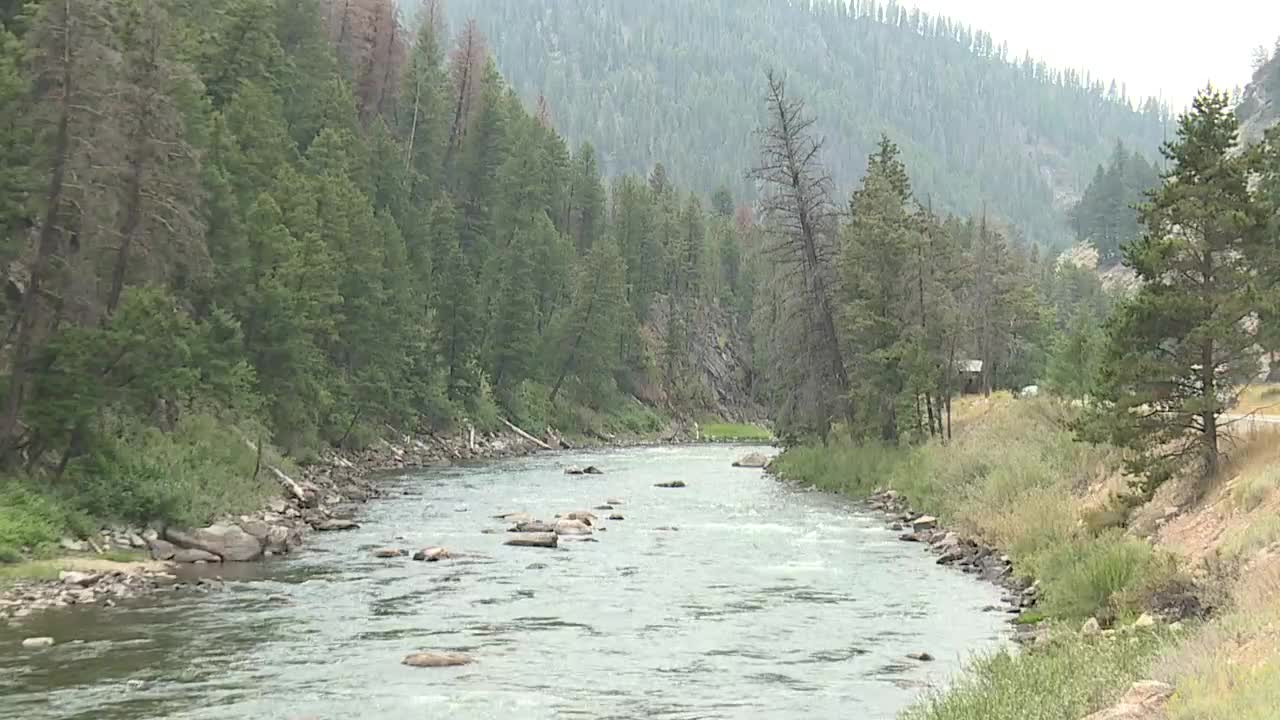 BOISE — In the Pacific Ocean, killer whales are at the top of the food chain -- preying on seals, sea lions and even sharks. But one Pacific orca species is on the brink of extinction. Whale researchers say the endangered southern resident orcas which live in and around the Puget Sound, face three main challenges: pollution, underwater noise and food supply.

But Chinook numbers have plummeted and whale advocates say the key to keeping the southern residents from going extinct lies in the clear cool water of Idaho's mountains.

"If we want the orcas to survive, we have to return salmon to the headwaters in Idaho," said Chiara D’Angelo-Patricio, Pacific Coast organizer of the Endangered Species Coalition.

D’Angelo-Patricio says the lack of salmon inhibits orcas' ability to reproduce, putting the southern residents in what she calls a fertility crisis.

"And we know when a species has a fertility crisis, a crisis with reproduction, that puts them at the edge of extinction," she said.

The Endangered Species Coalition and others who advocate for the orcas are largely responsible for a renewed conversation about breaching four dams on the lower Snake River in Washington. And when they heard Congressman Mike Simpson (R-ID) speak at a forum on the salmon crisis, they say they found new hope.

Simpson told the story of a trip to the Stanley Basin, where he and his staff witnessed a single female Chinook laying her eggs in marsh creek before dying - part of a natural cycle the congressman attributes to a power beyond nature.

Simpson has been talking to people throughout the northwest and in Washington, D.C. about the salmon crisis, and he says he's determined to do what he can to solve it.

"I've come to the conclusion that I'm going to live to see salmon runs restored in Idaho," Simpson said at the forum.

Those comments moved the crowd at Boise State University to applause, and they moved whale lovers to believe there is hope for the orcas.

"When he talked about the salmon as a species of God, and a species of his god, and in his life-time he's going to see those salmon recover, you know, that's a commitment that I actually believe," said D’Angelo-Patricio.

While Simpson says removing the dams is a real possibility, he says nobody should jump to any conclusions just yet.

Simpson says saving a financially troubled BPA and bringing salmon back raises many difficult questions and he wants to know how removing dams would impact beneficiaries like grain-growers who use barges to ship their goods through the system.

And he says salmon migration is just part of the equation.

"Fishing in the Pacific Ocean, predator control, water quality, all of those things are going to have to be dealt with if you're going to bring salmon back to Idaho, I think," Simpson said.

The Congressman admits that restoring salmon is a difficult challenge which will take unprecedented collaboration among northwest interests, and D'Angelo-Patricio agrees.

"We have to work together to build a bridge; an unlikely alliance," she said.