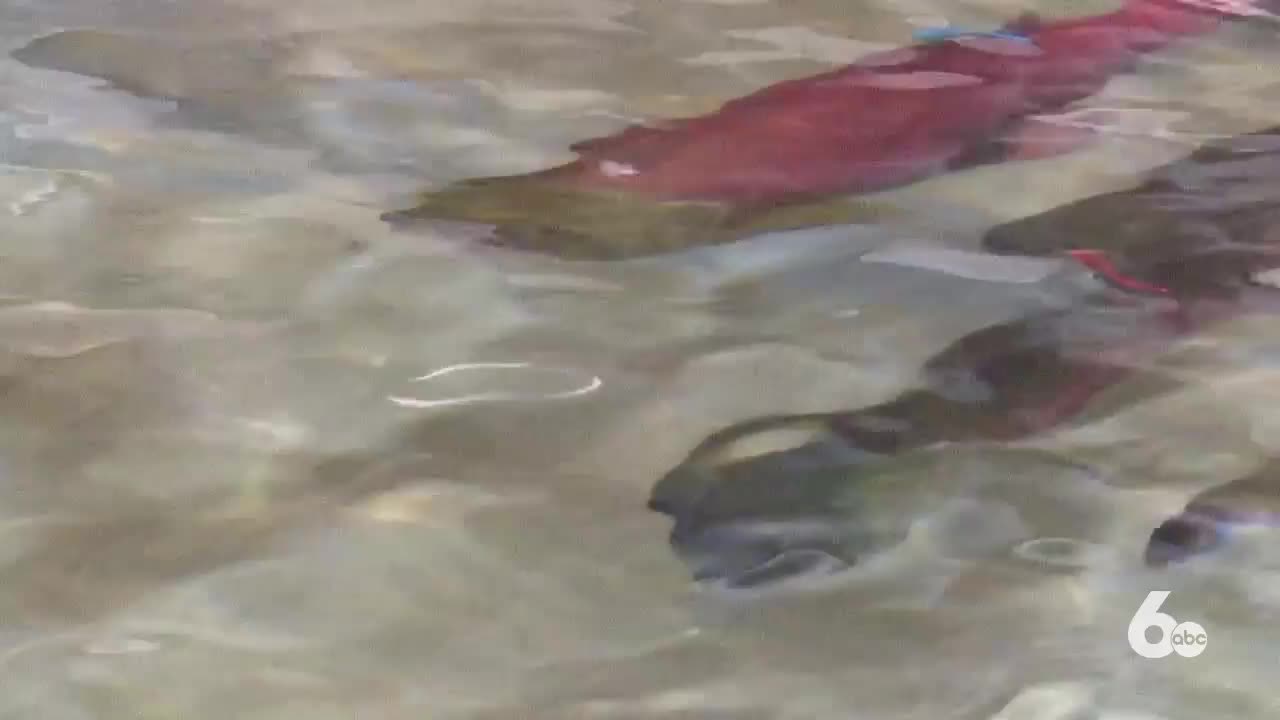 STANLEY, Idaho — It's one of the most scenic places in Idaho - a lake that was named for an amazing fish.

"That's how it got it's name," said Stanley Resident Tom Stuart. "Redfish Lake is named for the red fish, the sockeye salmon that return here. In the 1890s biologists reported as many and 150 thousand sockeye salmon returning to the Stanley Basin."

But in 1909 the Sunbeam Consolidated Mining Company dumped 300 tons of concrete in the river, building the Sunbeam Dam to generate power for its mining operation on the Yankee Fork, and suddenly, the sockeye's migration to and from the Pacific Ocean was totally blocked. A year later, the mine shut down, but the barrier remained in the river.

In the mid 1930s the state and concerned anglers blasted a hole in Sunbeam Dam, and while some thought it was too late for sockeye salmon, nature had provided a way for them to rebound.

"Nature had built in buffers on that population with a resident population here in the lake that quickly rebuilt the sockeye populations" said Stuart, "So that within twenty years of Sunbeam Dam's removal, we had forty five hundred wild adult sockeye returning to this lake once again."

Later that decade, new barriers began impeding Idaho's salmon when Bonneville Power began building eight dams on the Columbia and Snake Rivers. By the mid 1980s, Snake River sockeye were on the brink of extinction.

"The last five years, the returns to this lake have been eleven, thirty-three, thirteen, fourteen and eleven," said lifelong salmon advocate Pat Ford.

And now, while the Salmon River is raging with spring runoff, a few wild sockeye smolts are riding that wave. But when they reach the eight slack-water system of dams, warm water, predators and stress caused by the turbines will kill most of them.

But Snake River sockeye salmon have proven to be resilient, and as the smolts begin their 900 mile journey, people like Pat Ford are hopeful.

"They aren't extinct yet," said Ford. "And we, Idahoans, Northwesterners, and Americans have the opportunity to make sure that they don't go, that they don't go extinct. And today is a good day for hope, as the little ones leave the lake, into raging water, to an ocean where they will spend most of their lives, before coming home to us."