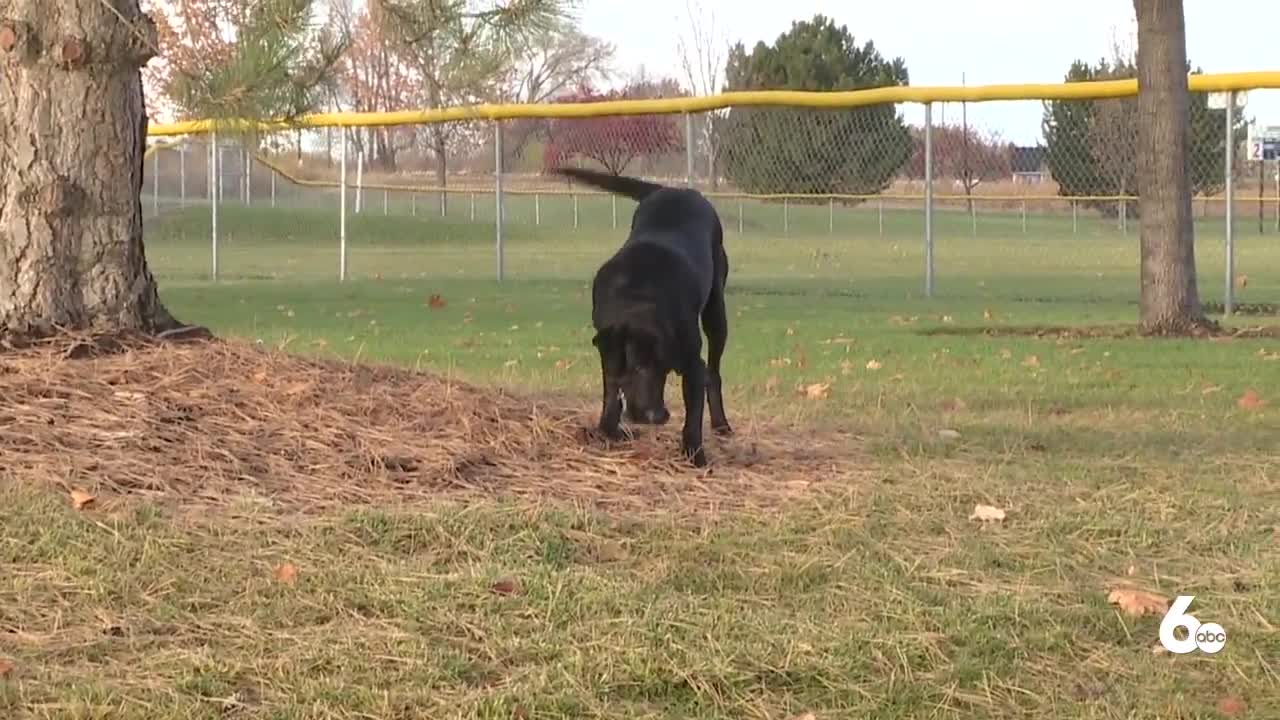 IDAHO — With fall and winter comes hunting season, one of the busiest times of the year for Idaho Fish and Game and their K-9 Officers.

You can often find the specially trained dogs in the hills solving wildlife crimes and possibly searching for lost hunters.

After graduating from an intense 9-week training course in Indiana, the dogs are certified in tracking and article searching.

"We will run the dog around multiple different times looking for more evidence, and it can help the case, especially if he finds more evidence if he finds casings, or if he finds an additional animal," said Craig Mickelson, IDFG Conservation Officer/K-9 handler. "It really helps, and it helps in our efficiency as a department."

His dog blue, a black lab, is one of the four IDFG trained K-9's.

“He is a force multiplier for fish and game. We have him at check stations. He’s an additional officer there, and his nose is they say 40 times better than our nose,” said Mickelson.

Blue helps the officers with wildlife crimes that otherwise would have been nearly impossible for the department to solve.

“I got called to search for evidence on a bear case in the Weiser area. Blue ended up finding a bear up there that we didn’t even know was up there," he said. "The bear was pushed up under the brush, and Blue found that bear. We most likely wouldn’t have found that bear without him.”

Another case Blue helped solve was the six ducks he found that people had illegally shot.

The dogs can sniff out the gun powder, blood trails, casings, and along with searching for evidence and wildlife, the K-9's can help find missing or lost humans.

“One of our officers in Twin Falls ended up finding a 2-year-old on a track where the 2-year-old had walked away from his ranch, and I think basically he saved that kid's life," said Mickelson. "So, in that realm, we can help out the public if we ever have a missing kid or a missing hunter. I can come run my dog.”

Blue also spends a lot of his time educating the public.

“It provides really good public relations. Before the COVID thing, I spent a lot of time in schools and doing PR events, and going to the Idaho sports show," said Mickelson. "People end up socializing a little better with the dog.”

The K-9 program is funded mostly by donations, to learn more click here.