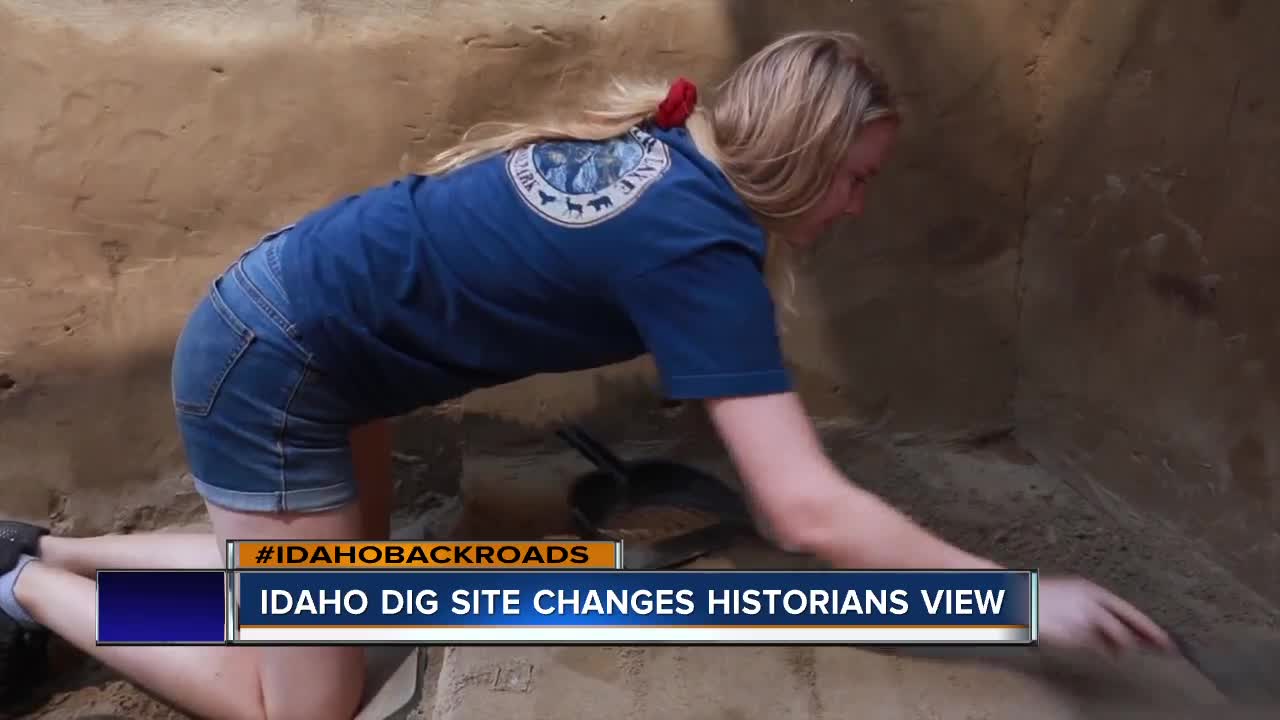 COOPER'S FERRY, IDAHO — In the middle of Idaho, at a site just down the Salmon River from Riggins, archaeologists have been busy digging up history at a place familiar to Nez Perce tribal elders.

"They've always referred to the site as an ancient village," said BLM Archaeologist David Sisson. "We just didn't know how ancient it was."

For decades historians believed the first people in the Americas came here through Alaska from Asia, on foot, when an ice free corridor opened up around 13,000 to 14,000 years ago.

But researchers digging at Cooper's Ferry may just be turning history upside down. BLM archaeologist David Sisson says he and researchers from Oregon State University were stunned when carbon dating showed people lived here at least five hundred years earlier. Sisson got the news via email.

"The first thing I thought well there had to be a mistake. Something happened to the samples," said Sisson. "So I closed it out, closed out the attachment, kinda waited, and I opened it back up again, just to make sure it really did say what it said, and sure enough we had those initial dates. We were amazed. And then we started submitting more samples as we went deeper into the site, and those samples started coming back at 15,000 and 15,500."

At the bottom of the dig there was no material suitable for carbon dating, so researchers employed the help of scientists from Oxford University, who used a statistical program that projected people lived in central Idaho 16,000 years ago, some two thousand years earlier than previously thought.

"Just right here in central-north Idaho, we have the oldest site in the Americas, that's both North and South America," said Sisson.

Sisson says the data suggest the first people to inhabit the two continents came by boat, and those who landed at Cooper's Ferry probably came up the Columbia River, eventually landing in Idaho.

"And they said 'Do you guys realize what you've done?'" said Sisson. "And we went, what? What did we do? 'Well all of the textbooks have to be rewritten now.'"