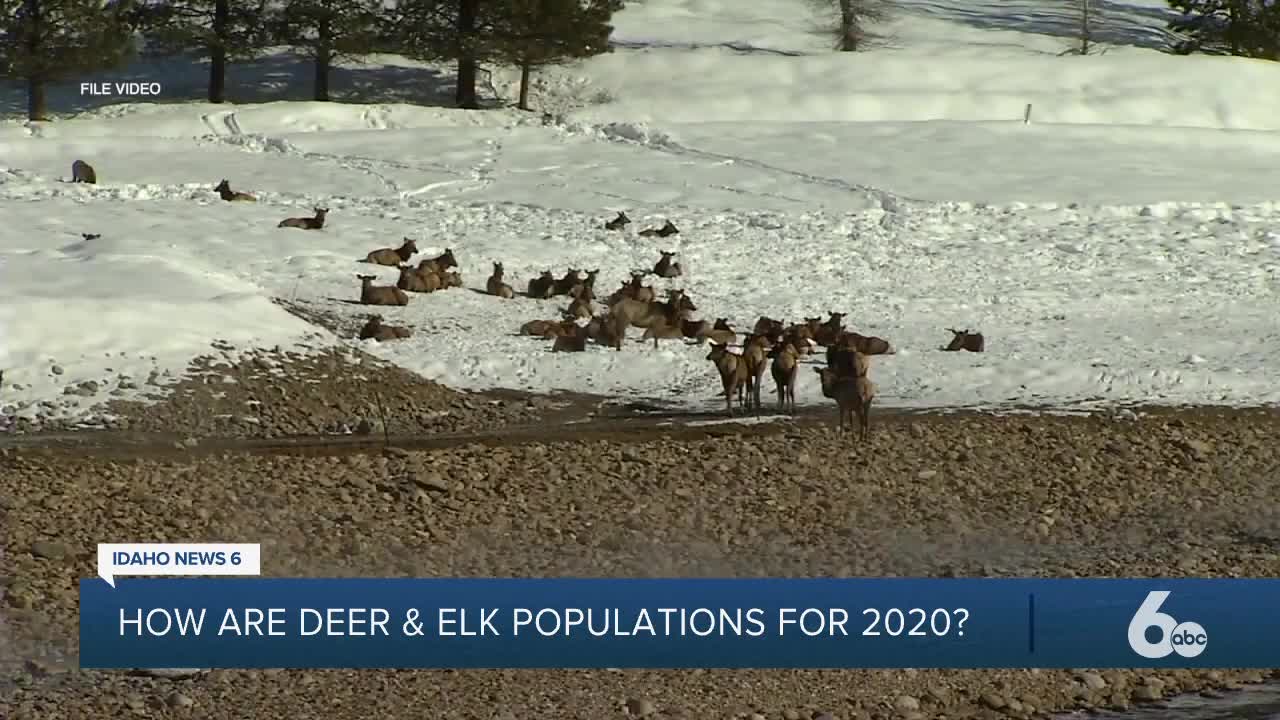 With growing populations of deer and an already thriving elk population, it means more opportunities for hunters.

IDAHO — "This year should be good for both deer and elk, particularly noteworthy for mule deer. We saw a good over the winter fawn survival this past winter, which translates into more opportunity in the fall, especially for general season hunts," said Idaho Fish and Game Deer and Elk Program Coordinator, Rick Ward.

State-wide, 63 percent of the mule deer fawns survived because of the mild winter this past year, which is well above average, he said.

High over the winter fawn survival paired with good fawn production translates into a growing population.

With growing populations of deer and an already thriving elk population, it means more opportunities for hunters.

On the flip side, elk can withstand harsher winters with a lot less mortality. Nutrition is really what drives elk populations.

Ward said that conditions have been ideal for both deer and elk to thrive.

Controlled hunts are already sold out, but general hunts are unlimited for Idaho residents, and he said that there's still plenty of opportunities available for hunters.

"Southwest Idaho has been good in parts, Unit 39 right outside of Boise is always a popular place and deer numbers in there have been increasing with good overwinter survival," said Ward. "Right now, it's the largest deer herd in the state."

Unit 39 may have more deer, but it also attracts a lot more hunters to the area.

Another spot Ward said that hunters should have success at is in the McCall-Weiser Area, Unit 32 and 32-A.

"Those deer over there also had a very good over the winter survival rate, but took a big hit back in the winter of 2016-17 and then had lower than average fawn survival subsequent winters up until this past winter," said Ward. "They are growing but not to where they were prior to 2016."

He said that he wouldn't be surprised if harvest numbers are up this year with the amount of deer and elk available.

To learn more, or to purchase a tag, click here.