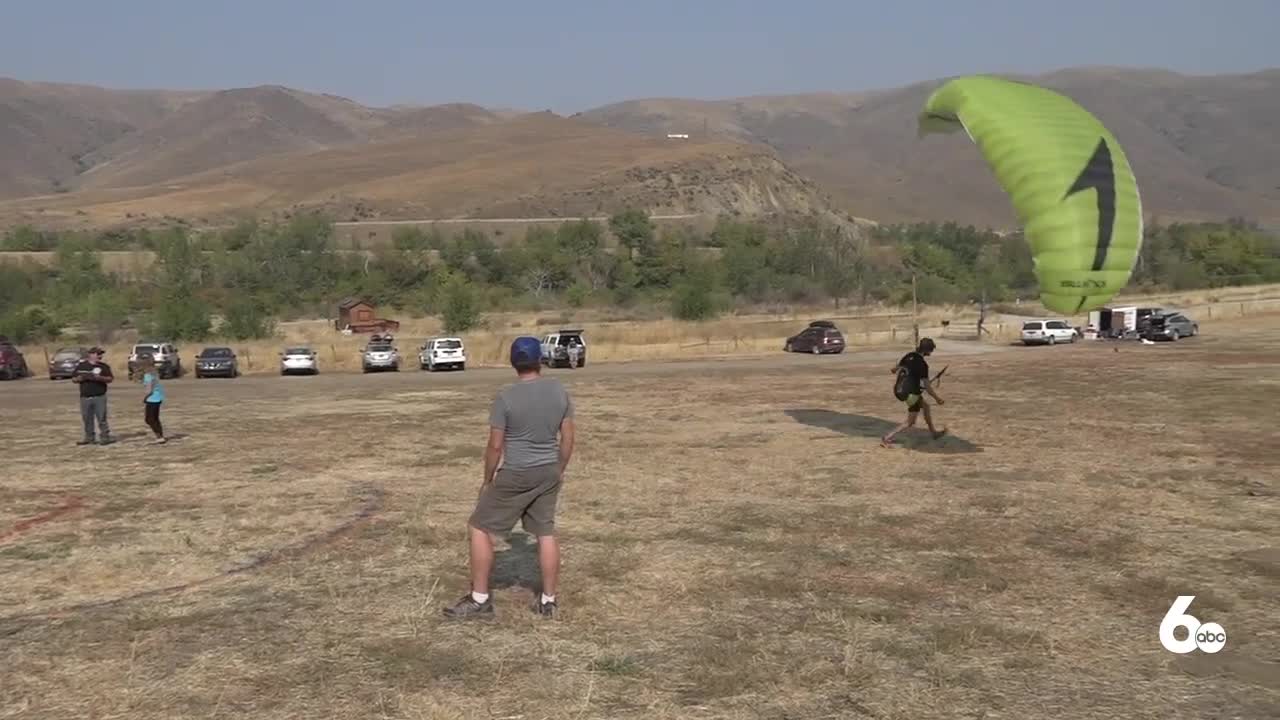 The Horseshoe Bend Flight Park hosted an accuracy cup where paragliders attempted to land directly on a bullseye.

"This is probably one of the hardest things to learn in paragliding to land within a 20-foot target over and over again," said Cynthia Currie, who owns Raven Wolf Sky Sports and competed in the accuracy cup. "It's a good skill to hone because sometimes you get to land in a giant field like this, and sometimes you launch off a mountain and try to stuff it in somebody's driveway."

Normally the accuracy cup is an international event. Last year, the flight park hosted their first, and they wanted to keep it going, but the international part didn't happen this year because of the pandemic.

"Worldwide it is the fastest-growing aviation sport there is," said Mariyan Ivanov, who was born in Bulgaria but now lives in Wisconsin Dells and operates Compass Airsports. "Paragliding is the most accessible, the most achievable, and it gathers the most crowd.

But the United States is lagging behind in this sport, in fact, the Horseshoe Bend Flight Park is the only place hosting an event like this in America.

But flight park owner Scott Edwards takes the time, and effort to put events like this on and also events that help the community in Horseshoe Bend and people are impressed with flying in Idaho.

"The place is awesome I've been to flight schools and flying regions in popular spots around the world, maybe 20 plus countries," said Ivanov. "This is one of the best ones, it is one of the most diverse, welcoming and safe places that someone who is stepping into paragliding can become a top pilot."

As for the accuracy cup, some of the experienced flyers were beaten by some of the newer paragliders that they've been instructors for, and it was all part of a fun weekend of flying.

"They are clearly excelling at what they do and coming from an instructor's standpoint," said Currie. "I'd rather lose the race and watch these guys win and excel."