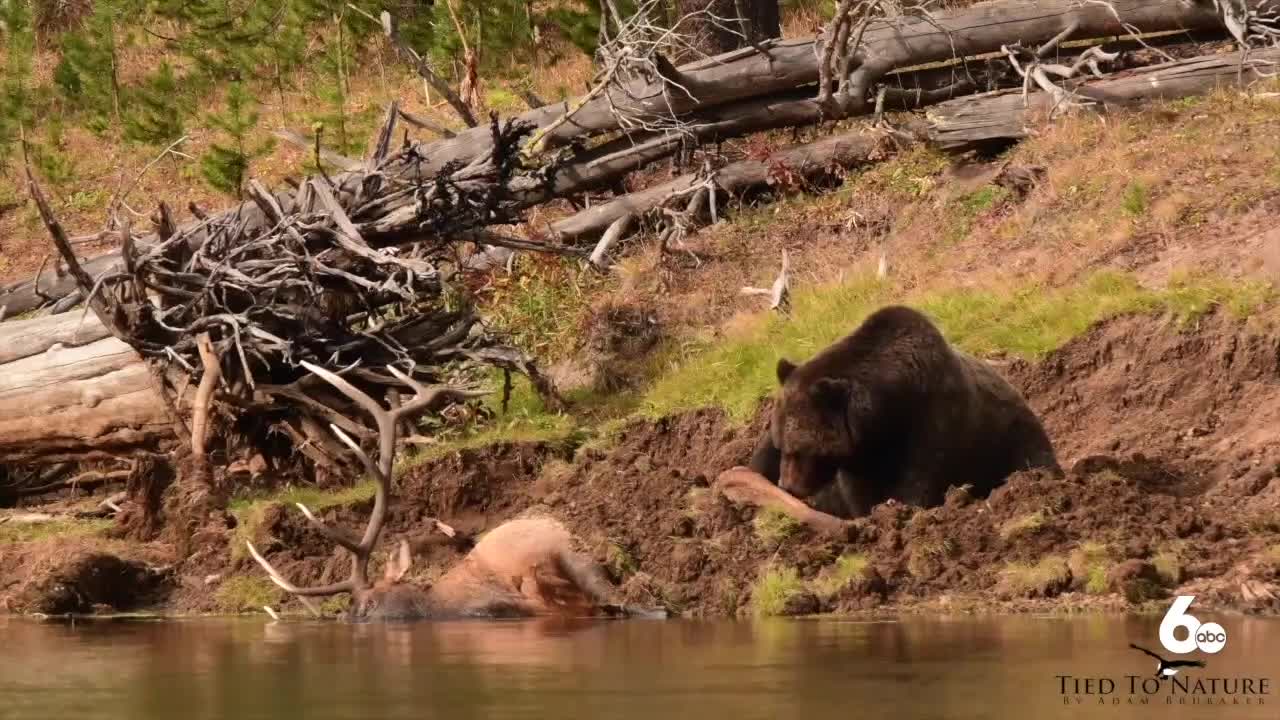 YELLOWSTONE NATIONAL PARK — Adam Brubaker has been guiding tourists through Yellowstone Park for seven years. During that time he has seen hundreds of bears, but this month he got the opportunity of a lifetime.

This is one of the top things I've seen as far as bear activity in the park."

Bear jams are common in Yellowstone, but the chaos usually surrounds bears that are on the move.

"People were getting there an hour and a half before sunrise, just to have a chance to see that bear"

This 600 pound bear took down a large bull elk very close to the highway. And he did not go far until the elk was virtually gone. When he did leave, he would bury the carcass so that scavengers would not be able to get it.

"Even the ravens couldn't get a piece of it, so the bear did a very good job of keeping everything else off.'

He did have competition from another grizzly, and between the two of them it took a little more than a week to consume the large elk.

Brubaker says park visitors who were lucky enough to see the interaction between bears, elk and scavengers so close to the road will likely never see anything like it again.

"That kind of interaction with a bear for that long of a time, that would be tough."