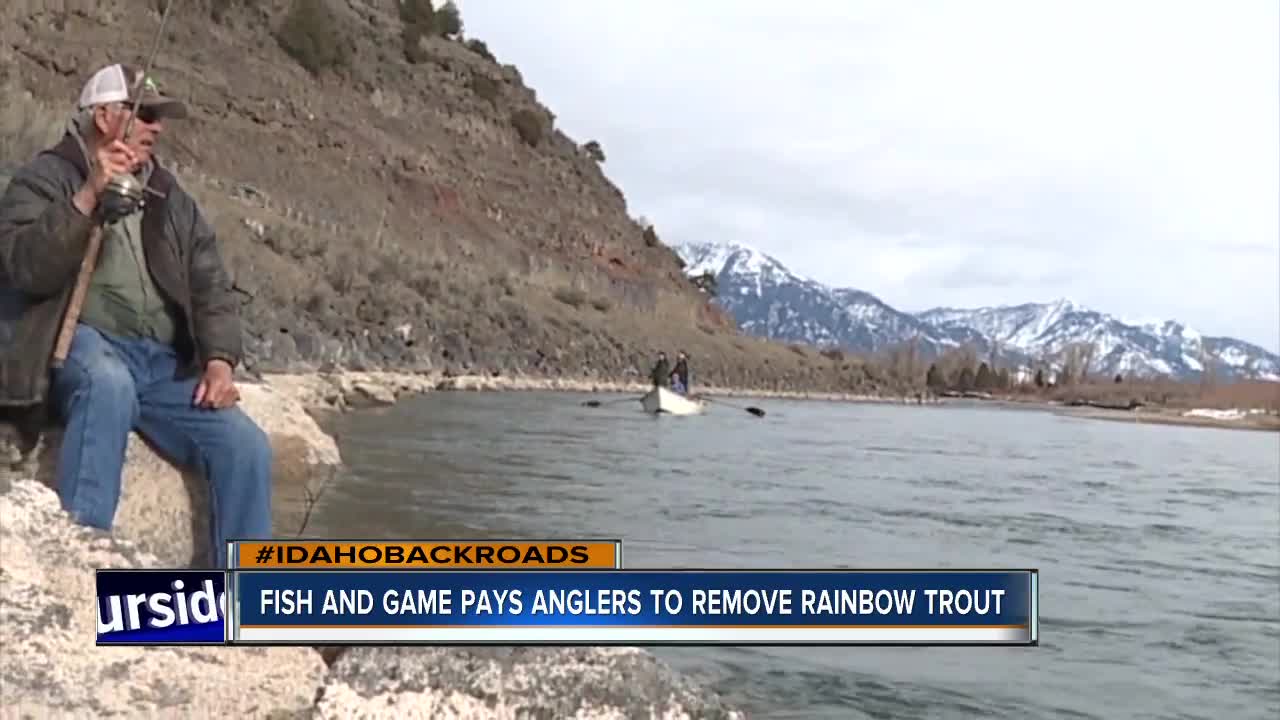 SWAN VALLEY, Idaho — Steve Zundel is an expert at social distancing. Since the Covid-19 outbreak he has increased his days on the South Fork of the Snake River from a couple per week to almost every day, and he catches lots of fish.

"This is a unique population of Yellowstone cutthroat trout with all of their life history still intact," said fisheries biologist Patrick Kennedy. "So it's very important to cutthroat trout throughout their range. And their biggest threat is rainbow trout."

Fish and Game removes thousands of rainbows from the South Fork with electrofishing. But every time they do, they place tiny tags in a few, and put them back in the river. Each tag has a value ranging from five to one thousand dollars. Anglers like Zundel collect the heads of the fish they keep, and once a month managers scan those heads and award money when they find a tag.

Zundel and his fishing partner Vard Wright, now being sure to fish six feet apart, are by far the biggest contributors to the program.

"I can tell you how much I made last year, because they sent me a 1099," says Zundel "Twenty eight hundred dollars."

While many anglers are staunch advocates of catch and release, managers hope all will consider removing any rainbow trout they catch on the South Fork of the Snake to help keep the population in check. Sixteen years after managers lifted the limit, rainbow trout continue to outnumber native cutthroat. Managers admit ridding the river of the non-native fish will be impossible, but they hope their efforts will be enhanced by more anglers like Steve Zundel, who is more than happy to do his part.

"It's a win win situation," says Zundel. "I get to fish, they pay me for it, and they get a whole bunch of fish removed from the system that's doing their cutthroat spawning runs in."