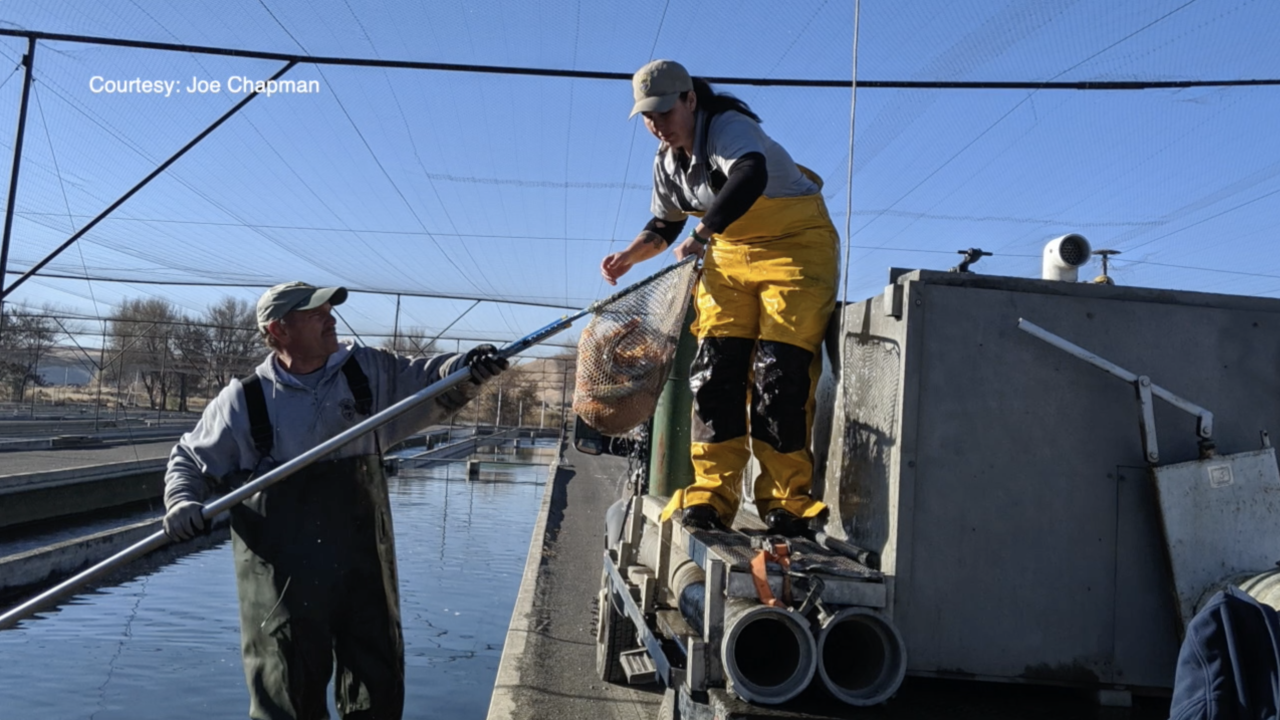 HAGERMAN, Idaho — For anglers who love to fish in Idaho's rivers and streams, the state's fish hatcheries are essential--and if you've fished in Idaho in Idaho in the past three decades, you've probably caught a fish that came from a hatchery where Joe Chapman has worked.

The Gem State wasn't Chapman's original plan. After he graduated from college, his dream was to go west to Alaska, but after a stop in Idaho, he was hooked.

"The more I explored, the more I liked. I haven't been to anywhere in Idaho that I didn't like," Chapman remembered. "I got on with Fish and Game, and then I traveled to six more hatcheries, and then I ended up at Hagerman, where I've been for the past 26 years."

At Idaho's fish hatcheries, fish are a way of life.

"Day to day, 365 days a year, those fish need to be fed," said Chapman. "We go and we stock these fish in waters for you guys to catch!"

The crews that work in the hatcheries are small, and they all live on site.

"We're part of a big family. Your crew members are also your friends and people you fish with and everything else," said Chapman.

Chapman's passion for nurturing fish extends outside of the hatcheries to the classroom. Over the years, he's been an active part of teaching the next generation of anglers through classroom visits and free fishing days.

Hatcheries are strictly closed right now because of the COVID-19 pandemic, but Chapman says teaching the next generation was one of the most rewarding parts of his entire career.

"It was a lot of responsibility and a lot of time and everything, but I think it was well worth it," Chapman said. "Hopefully we brought some new anglers into the club!"

Chapman says he plans to spend his retirement up in northern Idaho with his wife, exploring all the nature the area has to offer--and of course is planning on keeping up with fishing.