Debate over breaching dams heats up 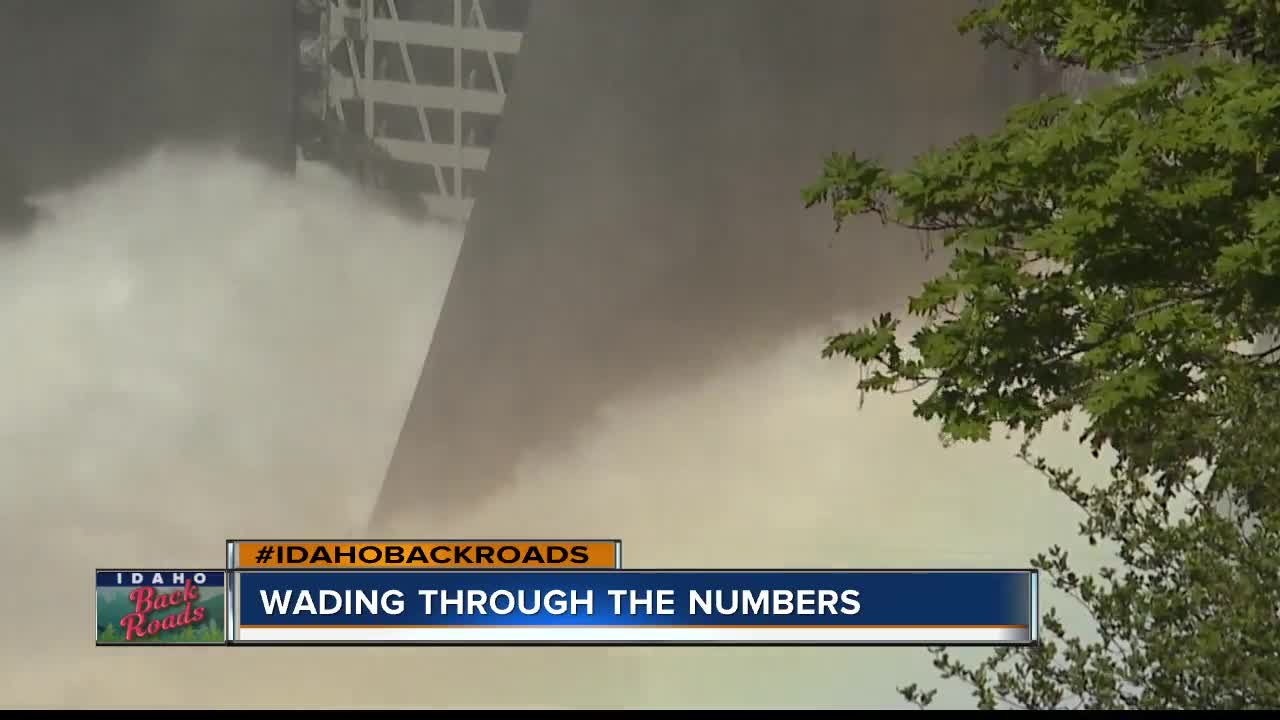 BOISE, IDAHO — At stores like Dale's Cashway along the Clearwater River, salmon season is big business. Even though salmon seasons usually only last a month or two, owner Dale Hauntz says salmon gear accounts for fifty percent of his annual fishing tackle sales.

In a good year boatloads of anglers would be launching from ramps on the Clearwater River, but this year numbers are so low, Fish and Game closed the season before a single fish was caught. The number of fish projected to make it to the Clearwater is lower than the number needed for hatchery production.

A very short season for 651 surplus Chinook on the Salmon and Little Salmon Rivers lasted only two weeks. The closures come in the midst of a renewed debate over breaching dams on the Snake River in Washington, which fish advocates say is the key to restoring Idaho's salmon runs.

Hauntz is not convinced. "Eeveryone wants to point to one thing and say oh my god there it is, that's it, we gotta fix it. Well it isn't that simple."

Understanding the impact of the dams on salmon versus their benefits can be confusing, when you start listening to the numbers interested parties share.

"We have fish survival rates going across the dams in the upper ninety percents," said Idaho Wheat Commissioner Joe Anderson.

"They kill upwards of eighty percent on some years of the juveniles going down," said Martin.

"Honestly, the biggest losses are in the ocean," said IDFG salmon and steelhead coordinator Chris Sullivan.

"I've had someone come and show me some numbers, and they said the number of salmon coming back has increased since they put those four dams in," said Idaho Congressman Mike Simpson. "Really? I said 'you're looking at some pretty strange numbers then 'cause that's just not true.'"

And then there are these numbers: "It probably costs somewhere between forty five and fifty dollars a megawatt to produce power at the four Lower Snake River dams," said Tony Jones, who has been studying the economics of dams and salmon for decades, after being hired by then Idaho governors Phil Batt and Dirk Kempthorne to study the economic impact of removing dams. "All of which is sold on the open market for under thirty, so the Lower Snake dams are losing on the order of 100 million dollars per year."

The Bonneville Power Administration says Jones numbers are wrong. "My levelized cost of generation for the system as a whole over the next thirty years is basically twelve dollars per megawatt hour," said Kieran Connolly, BPA's Vice President of asset management.

BPA came up with that number using what they call a levelized cost of generation for thirty years across 31 power generating projects. It is based on the cost of operating and maintaining the dams, but does not include the hundreds of millions of dollars BPA spends each year on salmon restoration, money Jones says is an integral part of the equation.

So which numbers might those making tough decisions about salmon recovery use to make the correct decisions? "This is one economist who is wonderfully respected," said John Freemuth, Executive Director of the Andrus Center for Public Policy. "But do people pay attention to him versus a large institution that has a lot of people who work for it that has a pretty good marketing machine and so forth? You just have to see."

Freemuth, who moderated the recent forum on saving salmon and saving BPA, says those who are open to dam removal may lean toward Jones' numbers, while those who are steadfast against breach are likely to listen to BPA.

And with the current division in congress, Simpson says reaching any kind of consensus will be difficult. "You know it took me fifteen years to get the Boulder-White Clouds Initiative passed in Central Idaho. That seemed like a no-brainer."

But the many people we have talked to throughout this series have hope that Idaho's salmon can and will come back, including Dale Hauntz.

"If you can get everyone together and working on it, yeah it's possible.