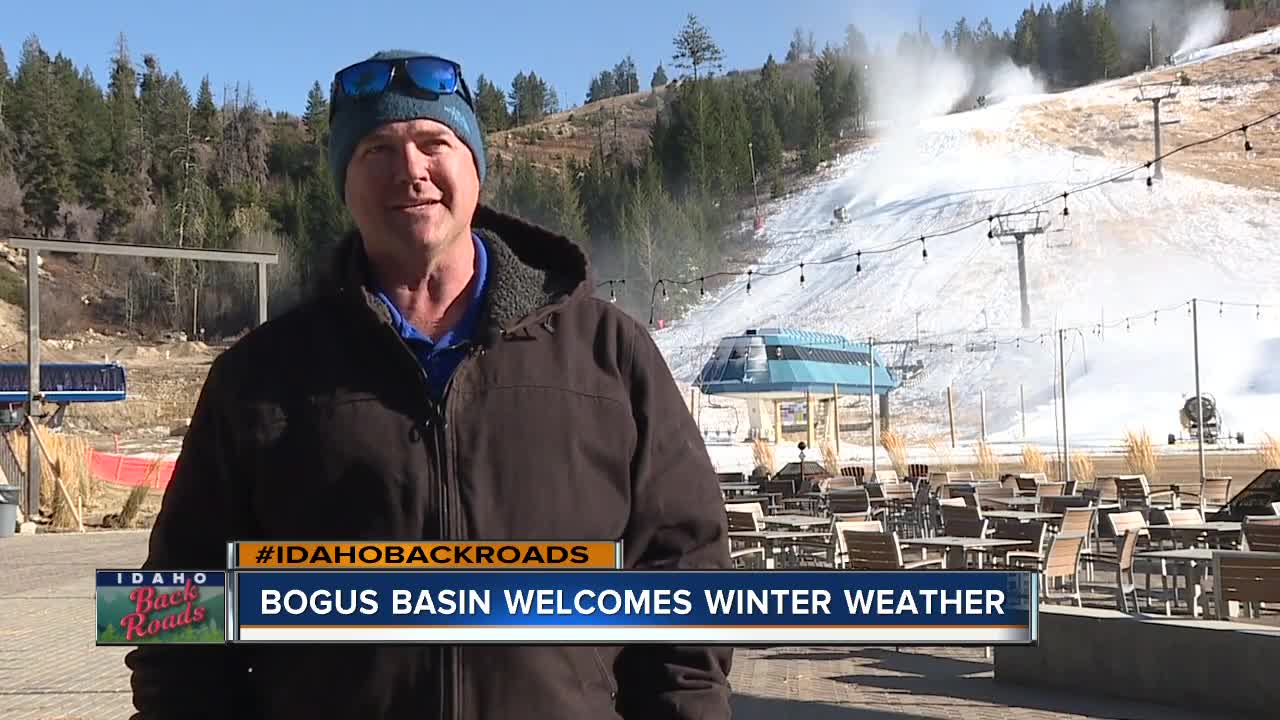 BOGUS BASIN — With the sky this clear, what are the chances of snow? One hundred percent.

And while the cold dry weather may have you complaining, mountain managers at Bogus Basin think it's perfect.

"No complaints here. As cold as it gets,we'll take it," said Nate Shake, Mountain Operations Director at Bogus Basin. "And for as long as it wants to be cold. It's perfect snow making weather."

The snow cannons have been firing at Bogus Basin for most of the last five days.

"We got blessed with some low temperatures, so we got a jump on snow making for the season," said Shake. "We got started late Saturday night."

The snow cannons are mixing literally millions of gallons of water with pressurized air to create a fine, compact form of snow.

With humidity levels as low as they are, the cannons can make snow at temperatures of twenty eight degrees or lower.

Operators position them to create large piles. Shake says the dense snow is self-preserving. And even if temperatures warm again, he is hopeful there will be enough to provide a solid base that will be enough to open the mountain by the Thanksgiving target.

"Good chance of some type of opening on Thanksgiving," said Shake. "Hopefully top to bottom on Deer Point, with the upper-lower ridge, and skiing on Coach's Corner, the beginner lift, and tubing on the tubing hill."