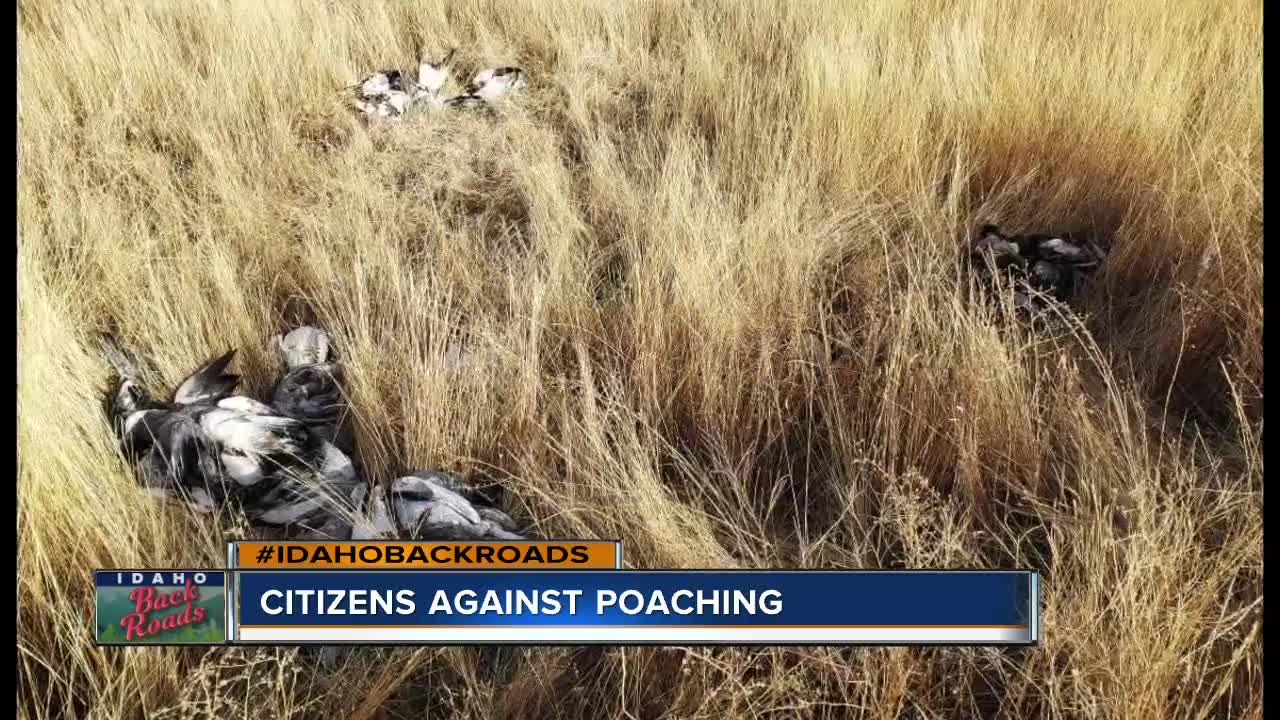 Brian Jack is a conservation officer for the Idaho Department of Fish and Game. He says most hunters and anglers follow the rules, but a small minority give themselves an unfair advantage by breaking fish and game laws.

From a poached moose near Idaho City, to a trophy bull elk illegally killed on private property in eastern Idaho, or a pronghorn antelope killed out of season and left to rot, Jack says those who fish and game laws are stealing from other hunters and essentially all of the people of Idaho.

"It's not fair for someone to have an advantage in their hunting or fishing experience, and gaining that advantage by breaking the rules," said Jack. "It's not fair."

Jack deals with everything from illegal disposal of game carcasses, like a deer dumped on private property in Nampa, to investigations of wasted animals, especially waterfowl - like in the Magic Valley - where someone wasted more than one hundred fifty ducks and geese and left them to rot.

"Unfortunately we've got a group of guys that can't keep up with their appetite for hunting, and in this case killing," said Jack. "So we do see that unfortunately. We investigate a lot of dumped animals"

It may seem like this is a growing problem, but Deputy Chief of Enforcement Chris Wright says that's not necessarily the case.

"I don't know if I can say that there's been an increase in poaching," said Wright. "But certainly an awareness of the detriments of poaching."

Wright attributes that awareness to an aggressive campaign promoting citizens against poaching, which encourages citizens to report possible fish and game crimes.

The department has around one hundred conservation officers patrolling a very large state. Jack's patrol area is two thousand square miles. He says citizen help is a crucial.

"You really need help from the public to do that," said Jack. "And citizens against poaching is kind of the best avenue, and where we make some of our best cases."

Anyone reporting a crime to the CAP hotline is eligible to collect reward money while staying anonymous. The number is 1-800-632-5999.