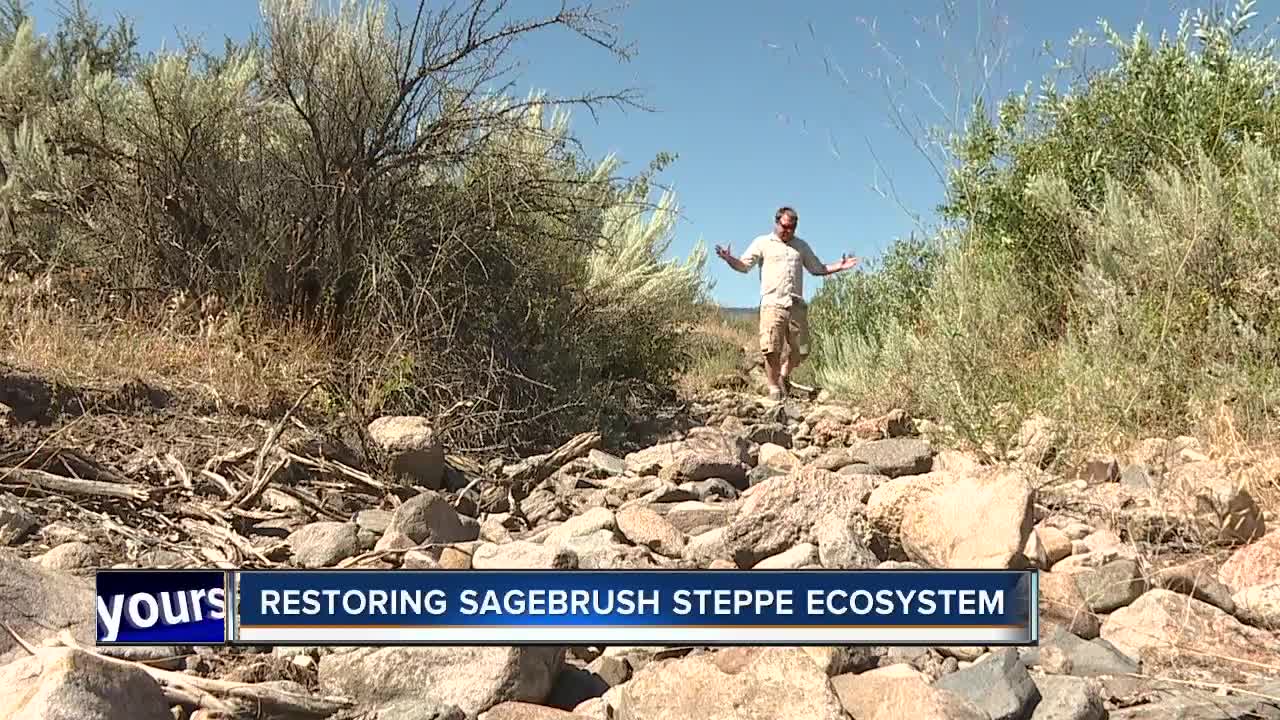 OWYHEE COUNTY — Local, state and federal governments have initiated a project to improve sage grouse habitat in the Owyhee Mountains by removing juniper trees that have started taking over the landscape.

The Bureau of Land Management, the Idaho Department of Lands and a rancher who's an Owyhee County Commissioner took us up in the desert to show us the Bruneau Owyhee Sage-grouse habitat project or BOSH.

Crews have begun cutting down juniper trees, but this is an expansive project that covers nearly one thousand square miles in remote terrain.

"The purpose of this project is to protect the ecosystem in this sagebrush steppe landscape because it it is incredibly important and home to 350 species of plants and animals," said Lara Douglas of the Boise BLM office.

The sage grouse was considered for the endangered species list back in 2015, however, they were not listed and since then a little more than half of the sage grouse population has died.

Jerry Hoagland has been a rancher in Owyhee County all his life and the sagebrush habitat is also range land for his cattle and many other ranchers in the area, Hoagland said the juniper tree cause problems because although it is a native tree, it's a tree that soaks up a ton of water.

Hoagland said that he's proud to be part of this collaborative effort and has noticed a difference when the trees have been removed.

"We have been able to increase livestock on my own private property," said Hoagland. "It is kind of amazing and we still have a lot of grass left over for the wildlife."

Because it is not just ranchers who use this land as the Owyhees also provides land for hunting and other outdoor activities.