Bottom falls out of kokanee fishery 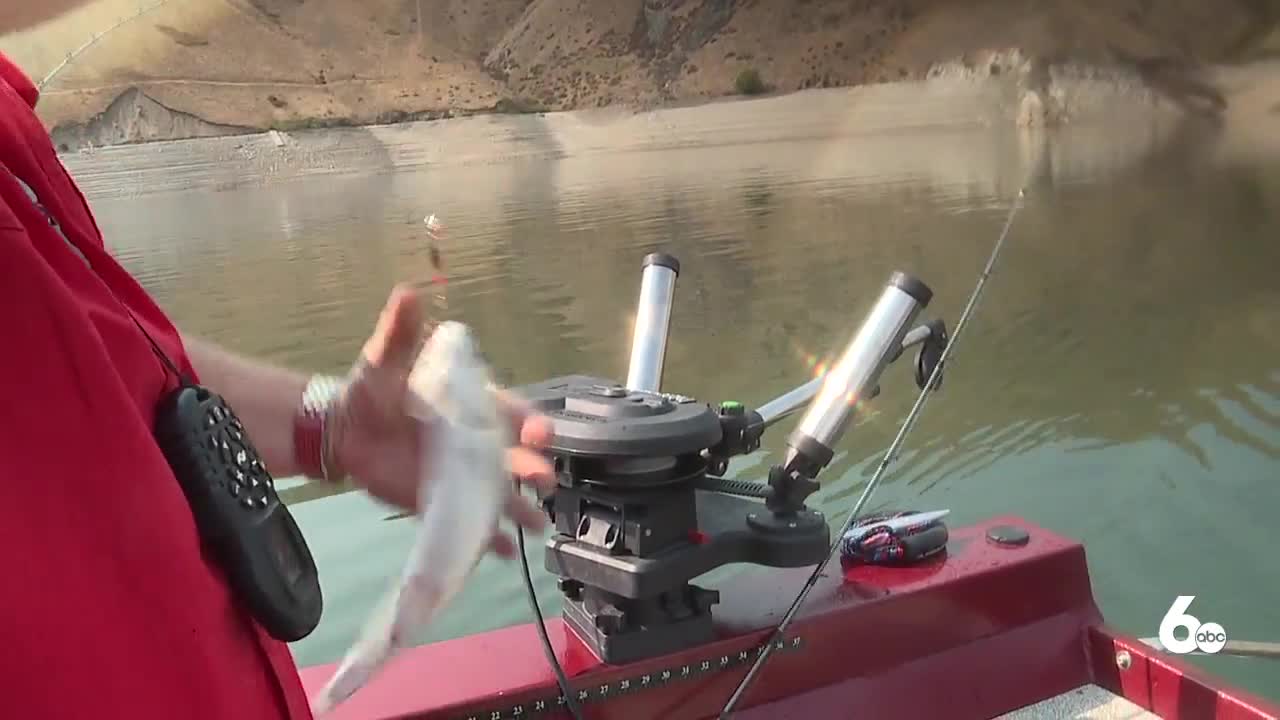 ANDERSON RANCH RESERVOIR, Idaho —
Alan Greenhalg has been fishing for kokanee for more than thirty years. Two years ago, he says it was hard to keep them off the hook, and they were big.

"We could limit on twenty five fish and be off the water by noon," he said.

That may seem like a good thing, but to Alan it was a major red flag. When fish size goes up, population generally drops. Alan predicted that the bottom would fall out.

"We had a good idea that the bottom would drop out, and I think we were right on," said Greenhalg. "By the middle of the summer we could see that the number being produced were way down."

His hunch turned out to be correct.

So what happened? Fish managers say they don't have a good explanation. They believe rain after a major fire in the area may have pushed silt into spawning areas.

They are studying the situation with a three pronged approach:
Monitoring populations at traps, asking anglers for information on their catches, and fall netting.

The department will request extra eggs from Deadwood Reservoir to try to boost the population, and they plan to allow hatchery fish to grow to four inches instead of three, which they hope will enhance survival

In the meantime, Alan has shifted his focus from Anderson Ranch to Lucky Peak. He says the fishery here has improved, but it's nothing like his favorite lake was just two years ago.

"We should have some good fishing here right into mid-fall and into next summer," said Greenhalg. "I think the forecast is good for Lucky Peak. Anderson on the other hand, I think we just need to be patient."

On this day, after two hours of fishing with three rods, we only bring two kokes to the boat before calling it quits. Not what he's used to, but you know what they say, a bad day on the lake is better than a good day at the office.

"We generally like to go home with our limits, but it is what it is. Still a fun day on the water."