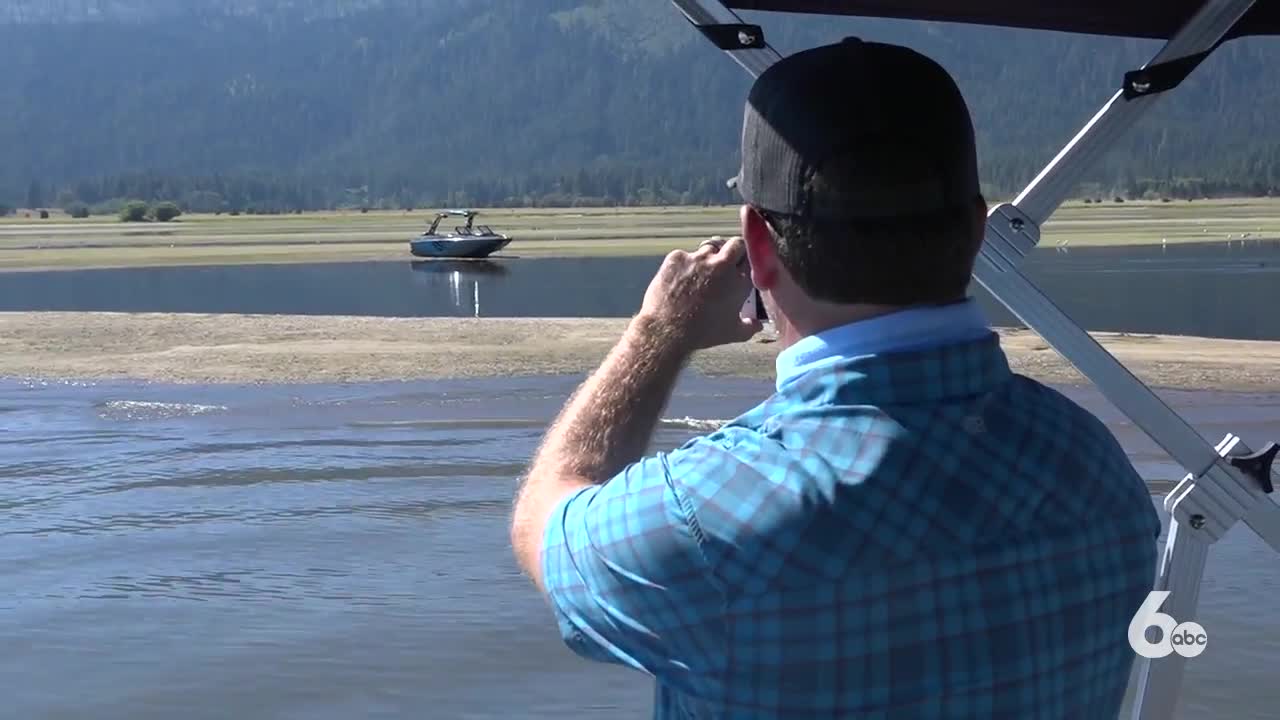 The water levels in Lake Cascade continue to drop, but as it does as hazards emerge for boaters.

CASCADE, Idaho — The water levels in Lake Cascade continue to drop, but as it does as hazards emerge for boaters.

A week ago, Chance Welton was cruising in his new boat when he hit a sandbar, he couldn't see the sandbar because it was underwater.

Chance bought his new boat this summer, he called it a lifelong dream after growing up in Idaho, his father regularly took him out on the water.

"My dad passed away in 2010, and that was his legacy, he always had a boat, he was out teaching us how to water ski and tube," said Welton. "I just wanted to live his legacy and get a boat for my family."

But now his boat is stuck on the sandbar, and as the water continues dropping the situation has gotten worse.

The Valley County Sherrif's responded on August 28 to help Chance, they couldn't get his boat unstuck, but they did give him a ride back to shore.
Over the next few days, all the attempts to get the boat back in the water were unsuccessful, and now Chance believes the only way to do so is with a helicopter.

Welton said the choppers in Valley County can't help because they are all contracted out to be on call to respond to wildfires, so he's reaching out hoping somebody else can respond.

"We would have it all rigged up and ready to go, we have already bought the rigging equipment," said Welton. "So someone would have to come to pick it up and drop it into deep water."

Sandbar hazards aren't new in Lake Cascade as the edges of the lake tend to be pretty shallow, we talked with an employee from Tamarack who rents out boats during the summer, and he told us two people got stuck.

Welton also believes it causes a safety issue and could cause people to get injured when a sandbar stops a boat in its tracks.

"Luckily I was by myself, I was sitting in the boat, and I was hunkered down," said Welton. "If I would have been up on one knee, if I had people in the front of the boat, they could have gotten hurt."

Welton said he would like to see buoys to mark this area, however the Valley County Marine Corporal told us the wind and water shift these sandbars around, making it next to impossible to mark the hazards.

But the whole process has been in a nightmare, and Welton doesn't know how much damage has been done to his boat.

"I just want to get my boat out before it is damaged for good."