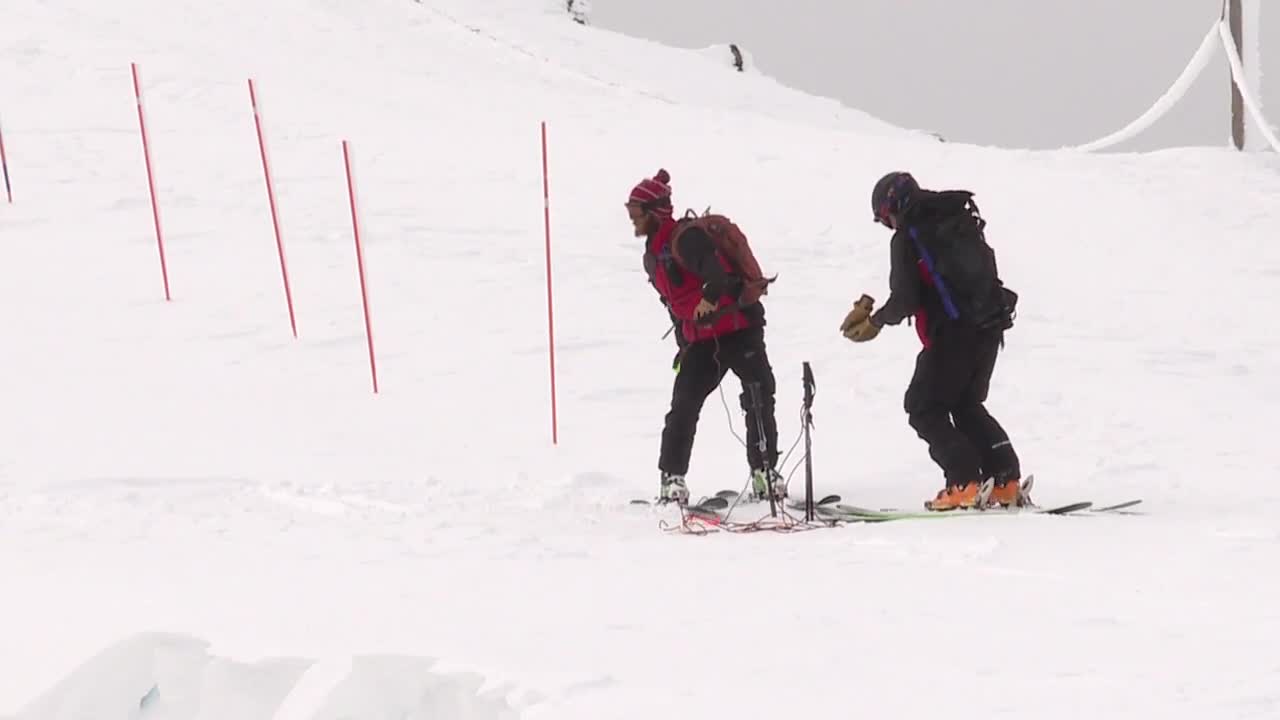 Epic snow in February hit Idaho's mountains hard. At resorts like Tamarack that made it an epic month for skiers and snowboarders who had day after day of pristine powder. But for ski patrollers it created more work. One of their top priorities? Mitigating avalanche danger with explosives.

"This as a two pound cast booster, basically equivalent to a stick of dynamite," said Robby Ski Patrol Direct Robby Russel. "What we do is throw it over the cornice to hopefully create a shock wave that causes the cornice to break off, initiating a slide below the cornice in order to mitigate it so skiers and come in the next hour or two and ski safely."

Because of safety concerns they only allowed us on the mountain after the bulk of the storms had passed. But even when the snow lets up, cornices on the top of the mountain pose a risk of slides.

On a cold and windy morning, before any skiers are allowed on the lifts, patrollers ski out on the cornice and position their charges in spots that are becoming unstable. Once the fuse is lit, they have one minute to back away before the blast.

People skiing on the mountain and living in the valley below heard that sound much more frequently in February of 2019. Russel says that since the resort began operating, no skier has been caught in an avalanche within ski tamarack's boundaries.

His team members say blowing things up is their favorite way to start a day. This february they had many opportunites. And while they get a literal charge out of it, but ultimately blasting snow with explosives is about keeping skiers and snowboarders safe.

"It's needed to keep the public safe so they don't get caught in an avalanche or injure themselves having cornice chunks fall on them."