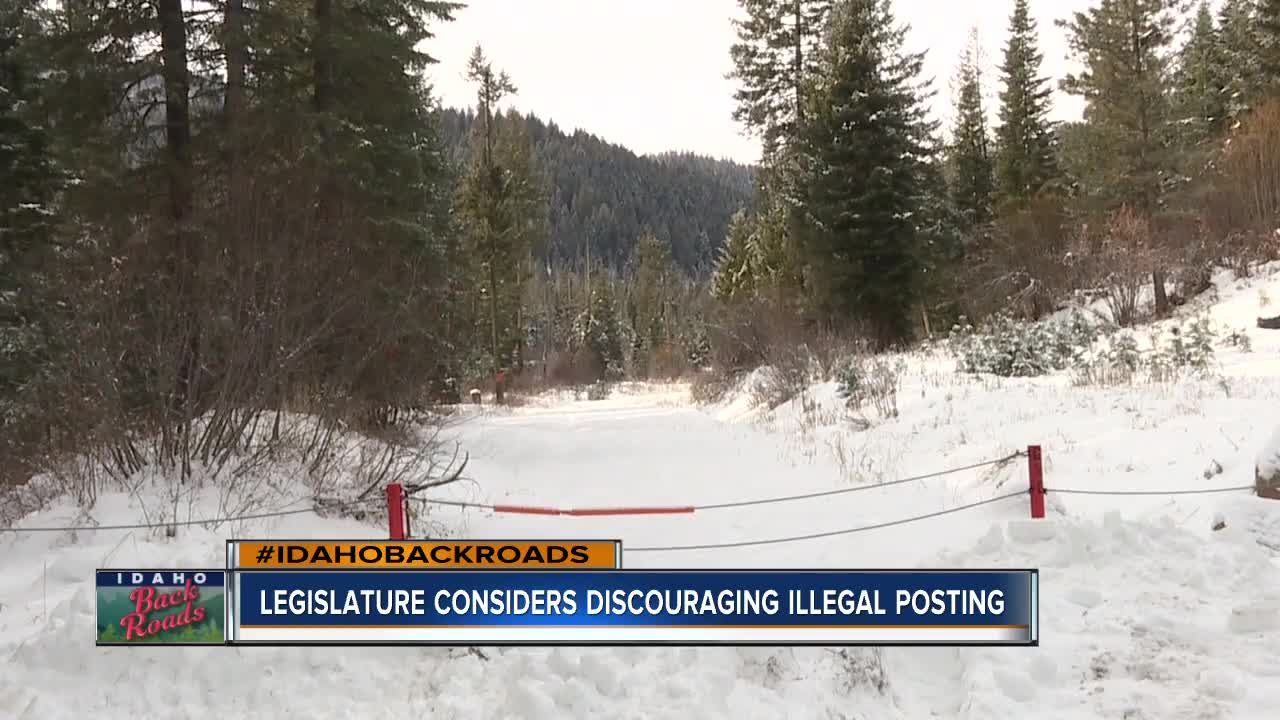 For the second year in a row, conservation groups are hoping for legislation that would discourage Idaho landowners from blocking access to public land, or illegally posting no trespassing signs.

Last week, the House Resources Committee declined to even print the bill. "It's really unusual that they will kill a piece of legislation before it is even given a bill number," said Brian Brooks of the Idaho Wildlife Federation. "Because when it's given a bill number, then the public can participate in the process of making law, and so they didn't even allow the people to comment on it."

This week, Boise Senator Fred Martin introduced it to the Senate Resources and Environment Committee. Brooks admits the proposal is a watered down version of legislation he pushed last year.

"The penalties for this bill are really benign," said Brooks. "They're not equal to the trespass law. So if you are claiming public land as private or installing a gate on a public road, the first violation is just a warning. The second is an infraction with a two hundred dollar fine, and the third is finally a misdemeanor, and there is no jail time."

The legislation would also allow private citizens to sue anyone who illegally posts or blocks access to public land. Bert Brackett, a Magic Valley rancher, voiced concerns about the proposal, because some landowners, including himself, might have fences that are not necessarily on private property lines.

"What happened is Senator Brackett had said that it is likely that his own fences are not accurate," said Brooks. "And therefore he is in willful violation of claiming land that is not his."

A majority of the committee voted to print the proposal, but senators Mortimer, Bair and Johnson voted no.

Brooks hopes Idahoans who are concerned about losing access to public lands will study the proposal and contact their representatives.

"Just because you own land doesn't, shouldn't give you the right to claim public land as well," he said. "So if you want that kind of equity and you wanna maintain access and this great quality of life that Idaho offers all of us, I would suggest the public contact their representatives."

The proposal is now printed as S1317. Click here to read it.