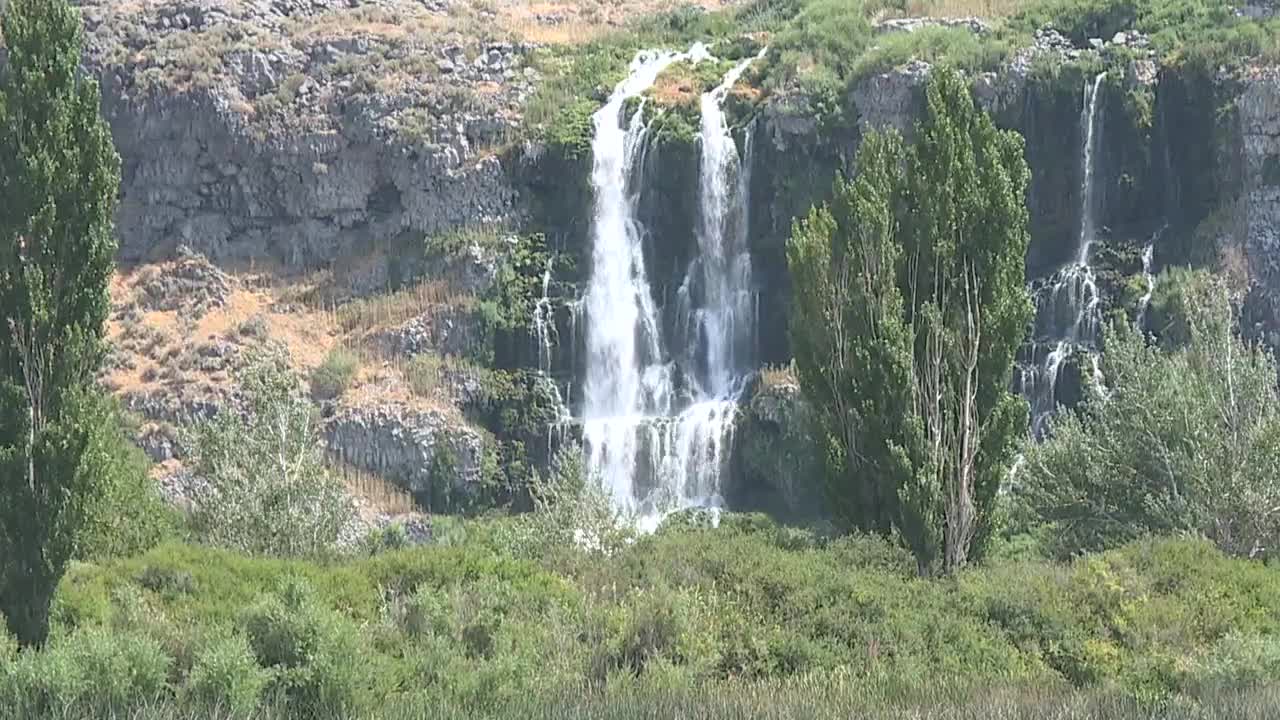 HAGERMAN, Idaho — The first thing that catches your eye in the Snake River Canyon near Hagerman is the series of spring-fed waterfalls flowing from the canyon walls that gives this area its name; Thousand Springs.

"The spring water you see coming out of the hillside takes anywhere from seventy-five to two hundred years to see daylight," said John Nesbit, owner of 1000 Springs Tours. "It originates up around Yellowstone National Park, travels around in the aquifer and then eventually it come out in this area."

But the most prolific waterfall isn't exactly natural. It comes from a Fish and Game hatchery that uses the clean water to raise fish.

The abundance of food here attracts fishing hawks called osprey. You are likely to see bald eagles which thrive in places where fish are plentiful, as well as white pelicans and great blue herons. We even spotted a peregrine falcon perched in the cliffs above the river.

The canyon is also rich with history and geologic features; some old ones that have developed over millions of years, and others that have developed more recently. There are also rock formations under the water, and in some places they create hazards that are very poorly marked, so heading up the river without a guide could be treacherous.

And the Hagerman valley is hot in summer. When we visited in early August the temperature soared to one hundred and five degrees. But before you decide to escape the heat by going swimming, you might want to see what it looks like where the fresh water meets the river water. Nowhere is that more apparent than at Blue Heart Springs where the polluted river gives way to water so clear you can easily see fish swimming along the bottom. The water may be swimmable, but at a constant fifty eight degrees it is cold.

John Nesbit bought 1000 Springs Tours a few years ago after he saw it listed on Craigslist. He also bought a Mississippi river boat that he uses for brunch and dinner tours. He says he loves teaching people about the area, but he also loves the new things he occasionally learns from local passengers.

"And that's how our tour grows," said Nesbit. "I learn from the people who have been here."