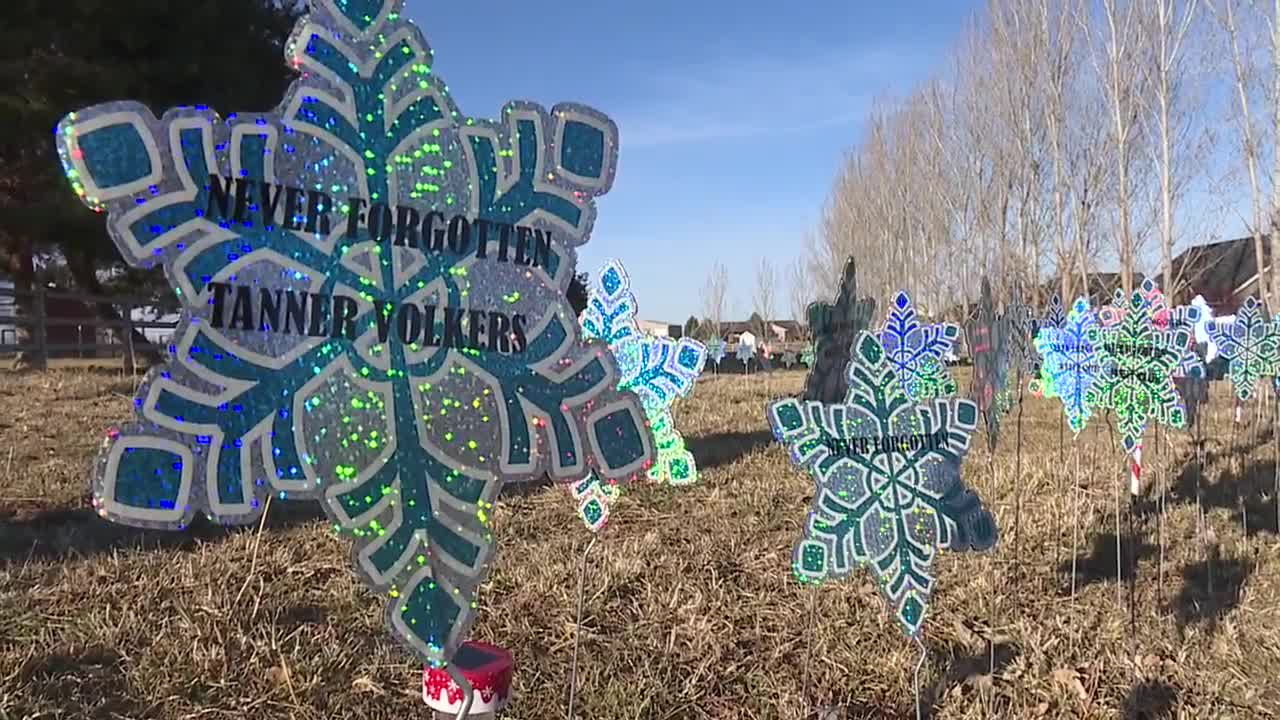 In 2013 Tanner Volkers died by suicide while serving in the United States Air Force, it's a loss the Volkers family continues to mourn.

GREENLEAF, Idaho — In 2013 Tanner Volkers died by suicide while serving in the United States Air Force, it's a loss the Volkers family continues to mourn.

"He always knew from 12-years-old that he wanted to be in the military," Tanner's mother Melissa Volkers said. “He was the happiest kid ever, and why he’s not here right now, we will never know.”

Volkers now channels her energy into helping other military families honor the lives of their loved ones lost to suicide.

"I was having a really hard time during the holidays, so I sent out for snowflakes," said Volkers. "It was very small in the beginning and I never dreamed it would turn into this.”

Operation Snowflake is a memorial that now raises awareness to the fact that every day in our country, 22 veterans and active duty service members die by suicide.

After several years, Melissa Volkers decided it was time to share her story.

"This is a problem and I think there are a lot of things we could do," said Volkers. "In numbers we are stronger, we are starting a support group and different things to help each other.

More than anything, Melissa Volkers wants to make sure gold star families and their lost loved ones are not forgotten.

Reach out to the Idaho Suicide Prevention Hotline at ( 208) 398-4357 if you or someone you know is exhibiting warning signs or having thoughts of suicide. Warning signs, according to the CDC , include: