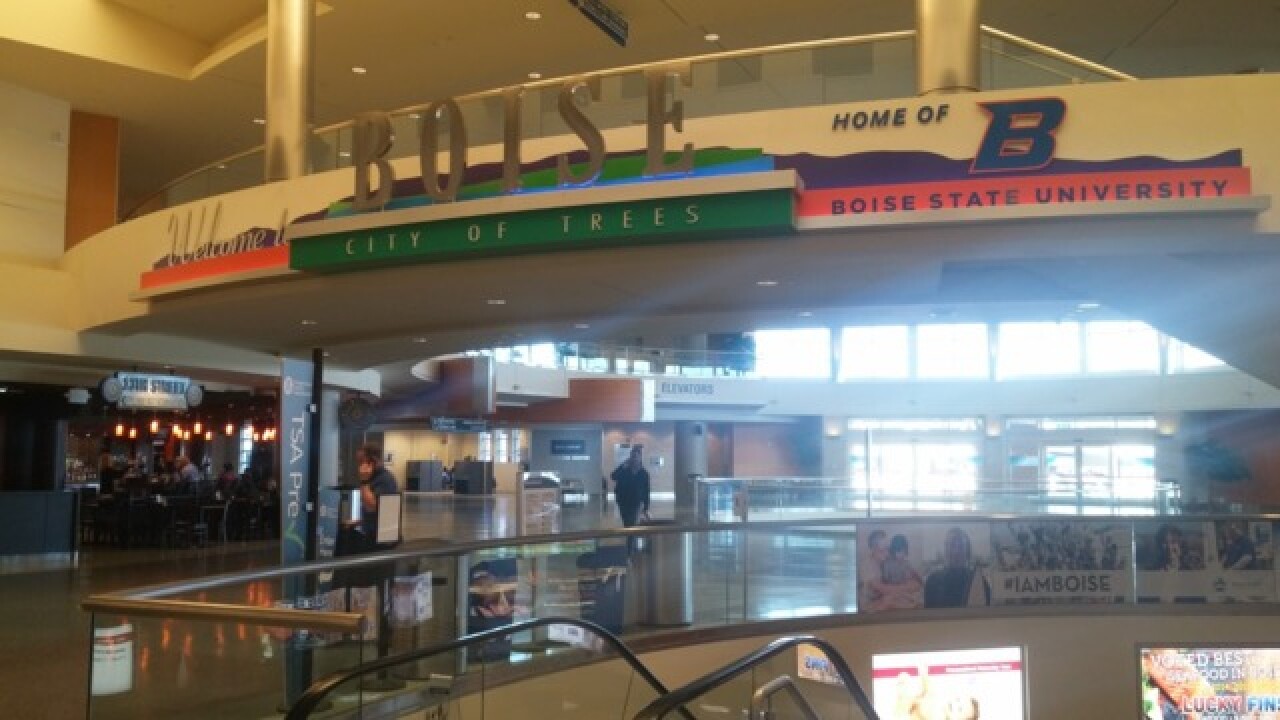 According to airport officials, during 2017, more than 3.5 million passengers flew in and out of the Boise Airport, eclipsing the previous record set in 2007 -- when 3,365,303 passengers traveled through the airport.

--American Airlines added an additional flight daily to Dallas/Fort Worth

“The Boise Airport has seen steady growth for nearly four years now, posting 45 consecutive months of year over year passenger growth”, said Boise Airport Director Rebecca Hupp. “As demand for air service continues to rise in the Treasure Valley, we have been working diligently with airlines to recruit new flights to ensure residents have excellent connectivity.”

“Boise Airport’s importance to our residents and the economy continues to grow,” said Boise Mayor David Bieter. “Businesses all across Idaho expect it to keep them connected to customers and clients, families depend on it to keep loved ones within reach, and visitors’ first impression of our city and state are formed by it. The Boise Airport and its professional staff continue to meet the challenges of our growth and excel.”

According to a recent report, the Boise Airport does very well when compared to markets of similar size. The airport ranks second in terms of lowest average airfare and second in most airplane seats available per capita, Briggs said.

“2018 is off to a strong start with air service capacity forecasted to increase every month through April 2018. Also, new service has already been announced; Frontier Airlines will return to the Boise market in March with three flights weekly to Denver and Southwest Airlines will begin daily service to San Jose in April,” he added.