Official state canvass for the general election is complete 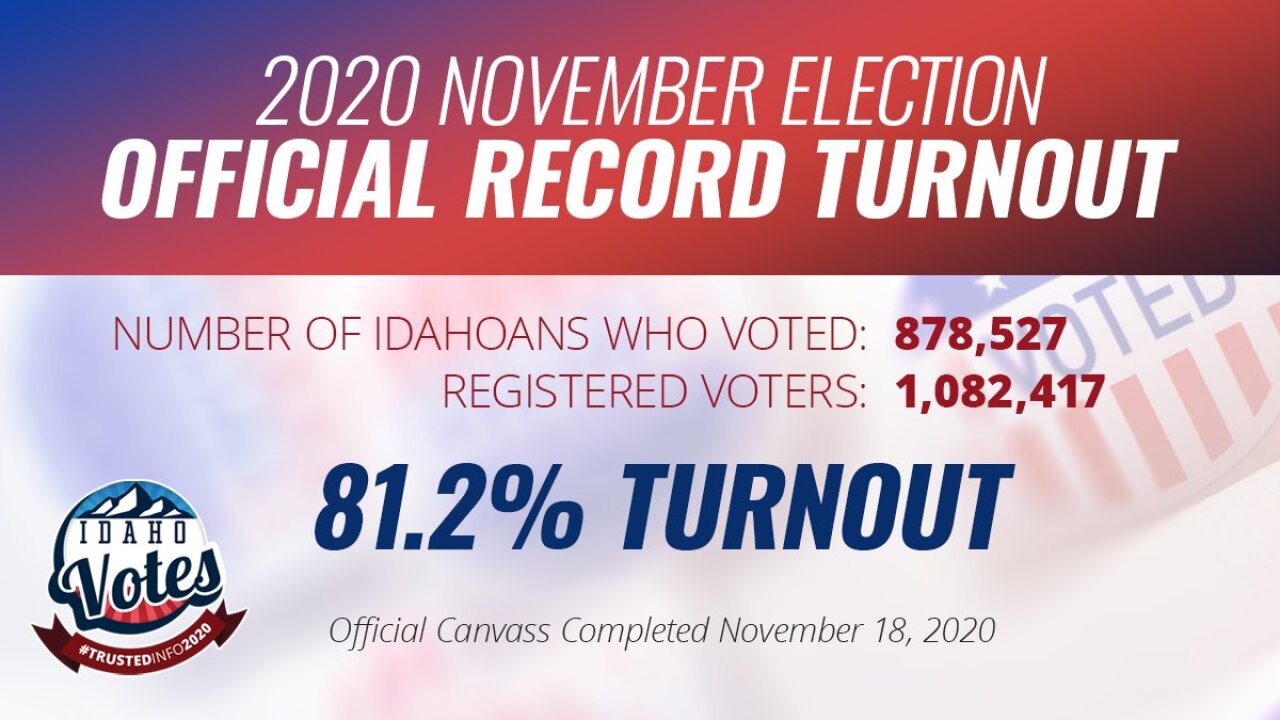 IDAHO — The official state canvass for the 2020 general election has been completed. The canvass of votes is the official counting of every ballot cast to make sure every legal vote is counted.

The official canvass is complete! Idahoans cast a record number of ballots, a record number of early or absentee ballots, & produced the highest % of voter turnout (81.2%) we have seen for any election this century. #TrustedInfo2020
Full Press Release: https://t.co/CPXRShRhlc pic.twitter.com/lzdXL9zjrZ

“State and county election officials and workers are to be commended for their dedication, patience, and flexibility in staging a successful General Election under the challenging circumstances of a global pandemic,” said Secretary Denney. “Idahoans cast a record number of ballots, a record number of which were early or absentee ballots, and produced the highest percentage voter turnout we have seen for any election this century.”

The certified statement of vote shows 878,527 Idahoans voted in the November 3 election, a turnout of 81.2% of Idaho's 1,082,417 registered voters. The Secretary of State's office says voters cast 493,719 early or absentee ballots, representing 56.2% of all ballots cast.

Counties with the highest voter turnout, as a percentage of registered voters, were Fremont (88.1%), Kootenai (87.4%), Butte (86.3%), and Idaho (85.1%). Official election results, including county-by-county and historical data, will soon be available on the Elections Division page on the Secretary of State website.