‘Nip this in the bud:’ Idaho House candidate’s signs damaged, vandalized in Eagle 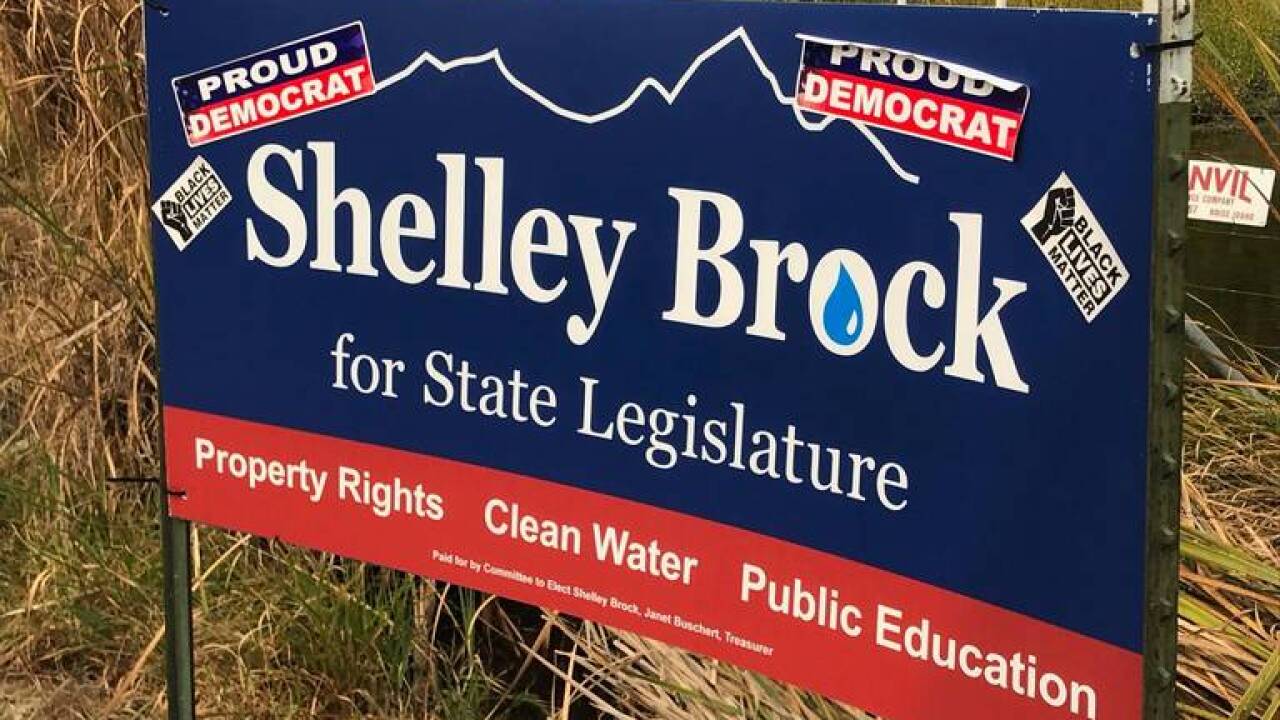 Shelley Brock, from the Idaho Statesman

This article was originally published by Jacob Scholl in the Idaho Statesman.

A candidate for Idaho’s House of Representatives has filed several police reports after her campaign signs were repeatedly damaged around Eagle.

Shelley Brock, a Democrat running for a House seat in District 14, said that several of her signs have either been taken down or vandalized shortly after being placed. Though Idaho’s District 14 includes parts of Meridian and Star, Brock said the only vandalism she has seen is in Eagle.

Brock told the Statesman that she has filed three police reports in the past week in Eagle about the damaged and vandalized signs.

“I want to nip this in the bud,” Brock said.

Brock said she’s disappointed people focus on her party rather than her stances on issues. For example, Brock told the Statesman that she does not support defunding police departments and advocates for better accountability and oversight.

She said many of her stances cross party lines, such as her support of lowering property taxes and increasing funding for public schools. Her signs feature a water drop, a nod to her work as an advocate for protecting water resources in Idaho.

She said those stances are a reason she does not label herself as a Democrat on her campaign signs, instead simply identifying herself as a candidate for Idaho’s Legislature. Brock said she wants people to judge her based on her positions.

“People shouldn’t have these preconceived notions,” she said.

Some of the vandalism to Brock’s signs came in the form of stickers that read “Proud Democrat” and “Black Lives Matter,” she said. Her first campaign sign wasn’t up more than 24 hours before it was damaged, she said.

Brock’s opponent — incumbent Rep. Gayann DeMordaunt, R-Eagle — said this type of vandalism has happened to her in the past as well, and this sort of incivility doesn’t belong in elections.

“Damaging or vandalizing campaign signs is simply wrong,” DeMordaunt said in a statement. “Unfortunately, I believe it actually discourages people from participating in the political process.”

“It’s sad people are hung up on partisan issues,” Brock said. “I wish people would look at a candidate’s stance on issues rather than the letter next to their name on a ballot.”