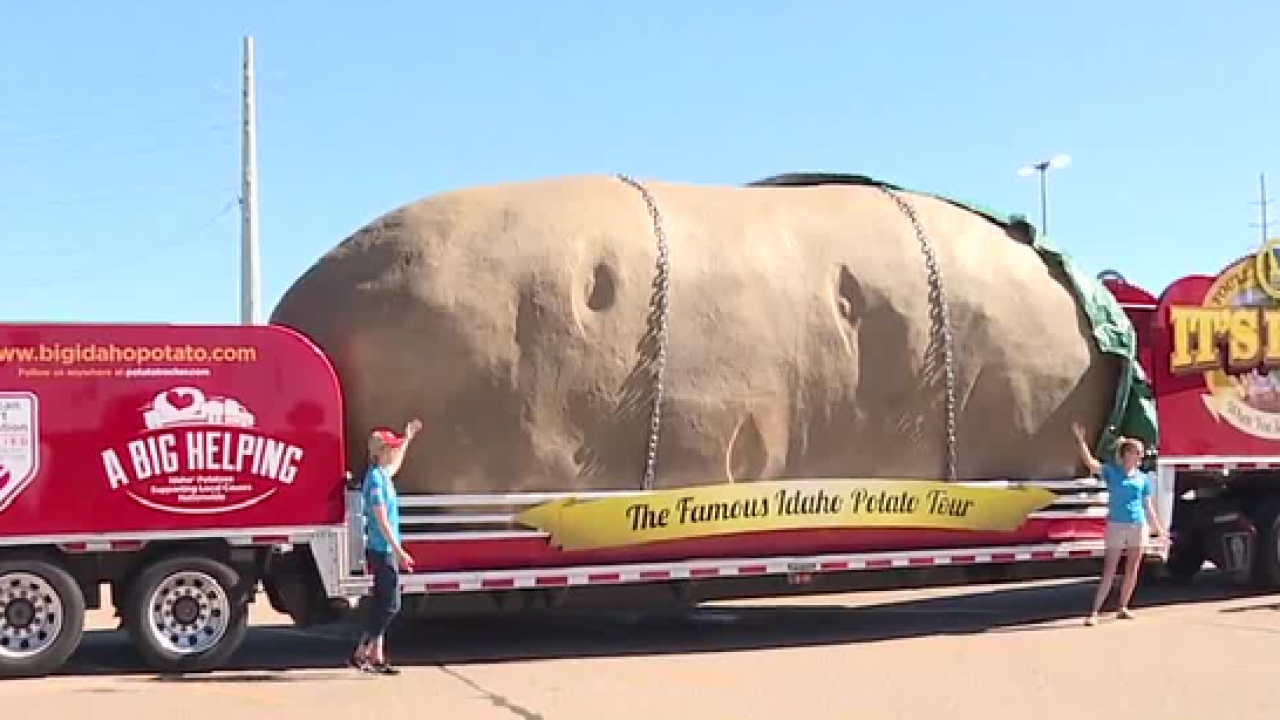 Idaho is known for its potatoes and, as with anything, it helps to have a mascot - a really big mascot.

The Idaho Potato Commission unveiled its new and improved big Idaho potato truck which is starting its annual trip across the country on Saturday, touting the Gem State and its spuds.

"You wouldn't know it looking at the potato but it's a little bit smaller than the original, but this baby is still four tons and it is going to be an incredible continuation of this big Idaho potato pop culture that we've created for Idaho," said Frank Muir, Idaho Potato Commission President.

The truck and its crew will travel the country as part of the state's multi-million-dollar promotional campaign, making stops at around 70 events along the way.

As for some tater trivia about the new spud, if it were a real four-ton potato, it would make about 20,000 servings, more than one million French fries and would take about two years to bake.