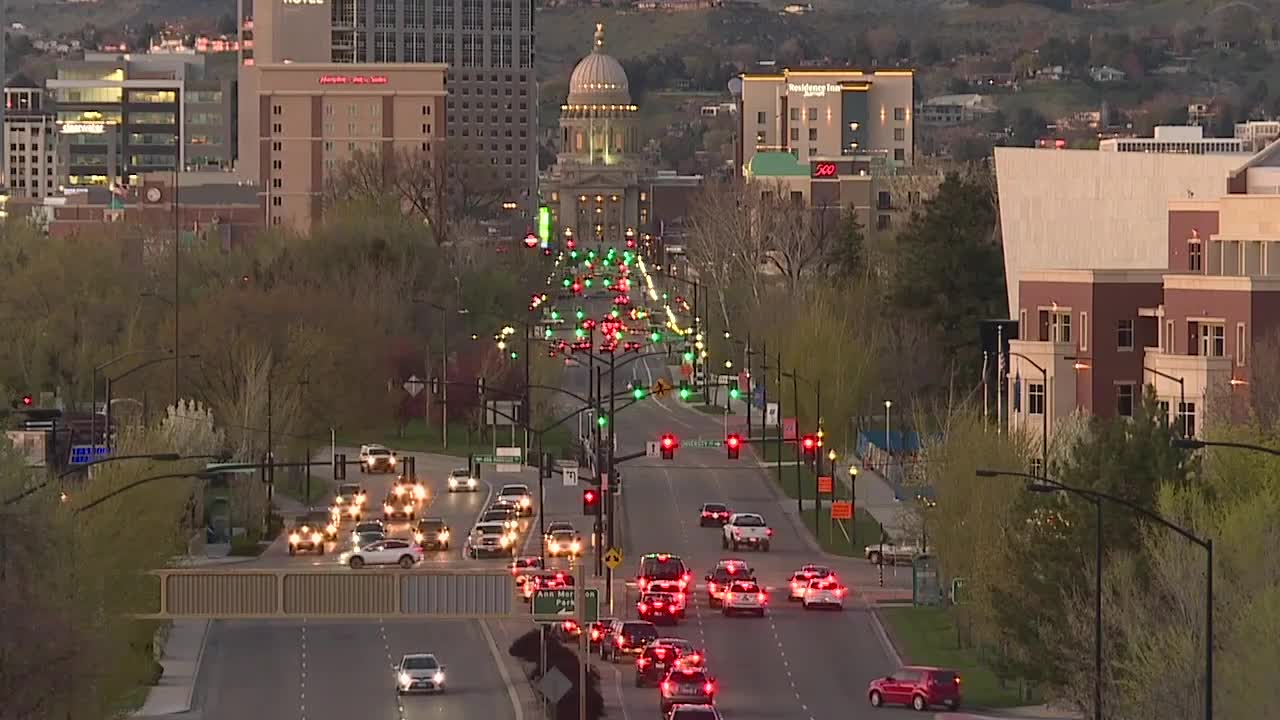 BOISE, Idaho — Boise Mayor Lauren McLean announced Thursday that a new public health order for the city will be going into effect on Monday, November 23.

In a news release from the mayor's office, several city facilities will close to the public on Monday. Those are City Hall, City Hall West, City of Boise Libraries, Boise WaterShed, Foothills Learning Center, Boise Depot, Boise Urban Garden School, Fort Boise Community Center and the James Castle House. The release says the closures will last until at least January 15, 2021.

"Boise is currently experiencing a COVID-19 health crisis. The rate of spread is rising, and experts predict that without action, the infection rate will increase exponentially," the mayor's office stated in the release. "Current community hospital models require immediate action to keep our community safe, ease the burden on the health care system and control community spread. What we are currently doing is not working. If we do not change our approach our health and our economy will suffer."

Services will be offered remotely when possible, as they were during the original stage two. The release says Boise Libraries will continue to offer curbside services and computer access.

Idaho IceWorld, the Boise Senior Center and Boise Municipal Pools will be closed through summer 2021. The city says the decision to close those facilities for a longer time was made with the safety of staff and community as an immediate priority. Curbside lunch service will be offered at the Senior Center for seniors who rely on the affordable lunch option, according to the release.

The CDC is recommending Americans not travel for Thanksgiving during the current spike in coronavirus cases nationwide.

The city says they will work with the business community to protect businesses following public health protocols and hold those that are not accountable. The city says if you are a business that needs help enforcing COVID-19 protocols, call the Boise Police non-emergency dispatch at 208-377-6790.

Boise Police will be available to issue a citation or arrest an individual who won’t comply with a business’s protocols once the person has been asked to leave the business. BPD will respond at the request of the business for assistance, according to the news release.

The city says they will also partner with residents who have concerns about businesses that do not follow the public health orders. The city says they want to know "who is putting the health and safety of this community at risk. Residents will be able to file a complaint against a business where staff or patrons won’t comply with COVID-19 emergency health orders," the release stated.

The release says the City will respond to resident complaints by inspecting city licensed businesses and referring businesses not licensed by the city to Central District Health. The city will inform the business that a complaint has been filed against them and will work with the business to educate them on public health orders and advise them of potential consequences for continuing to violate state law and municipal ordinance, the release states.

Businesses licensed by the City of Boise that are found to pose a clear and immediate threat to the health, safety and welfare of the public may have their business license suspended for at least 10 days on the first violation, at least 20 days on the second violation and a year revocation on a third violation, according to the release.

Governor Brad Little moved the state back to a modified stage two of reopening. In the new stage, public and private gatherings are limited to no more than 10 people but there are exceptions
for religious and political expression. Churches and businesses will stay open and visits to long-term care facilities are still allowed.

If you have any questions or more information on City of Boise services, click here.