Why female shooters are rare 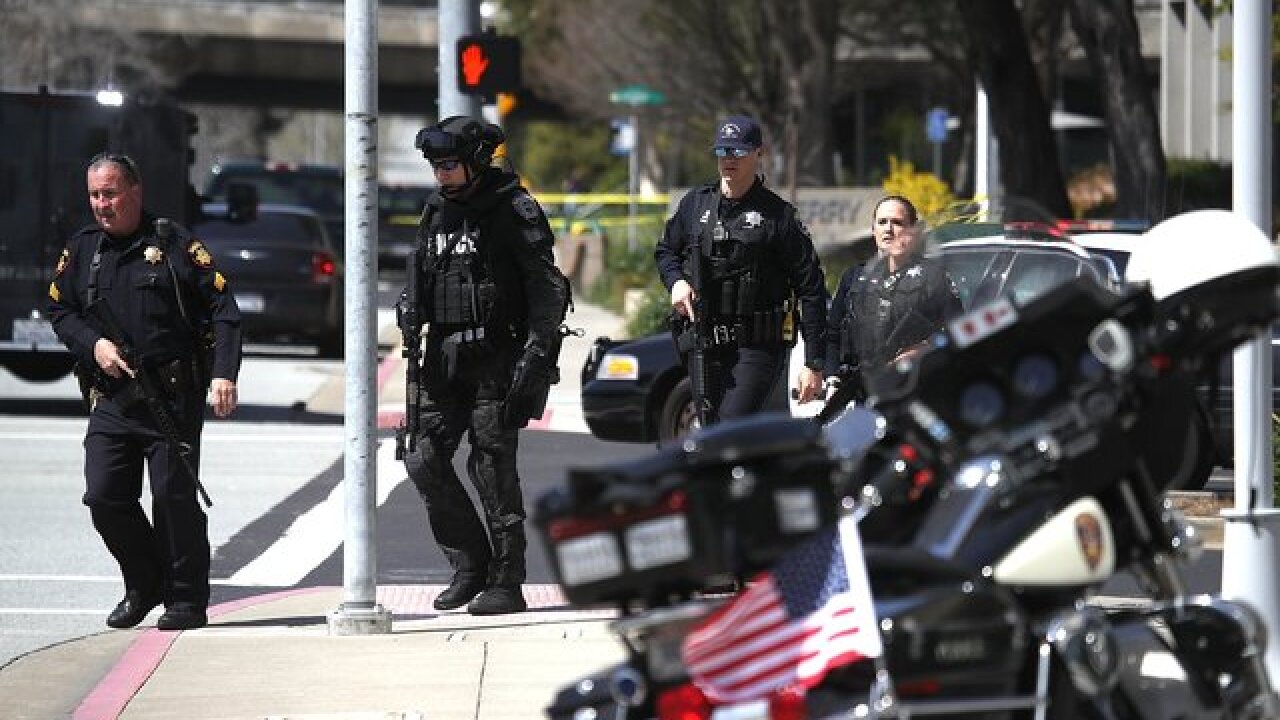 Copyright 2018 Scripps Media, Inc. All rights reserved. This material may not be published, broadcast, rewritten, or redistributed.
Justin Sullivan/Getty Images
<p>As the investigation continues into why a female shooter opened fire at YouTube headquarters, data show that it's rare for women to carry out such shootings -- making Tuesday's incident unusual.</p>

Authorities say a 26-year-old woman shot three people and wounded three more before fatally shooting herself in the Aberdeen, Maryland, facility. Snochia Moseley of Baltimore County was a temporary employee at the Rite Aid support facility who had showed up for work Thursday as scheduled, officials said.

The last such high-profile incident occurred at YouTube's Northern California headquarters in April, when a woman shot and wounded three people, and then apparently took her own life.

Police said Nasim Najafi Aghdam carried out the massacre because she was upset with YouTube's practices and policies, but she had no connection to the three victims.

What the data tells us

In an FBI list of active shooter incidents in the United States from 2000 to 2017, nine of 250 incidents identified involved female shooters.

The women in those shootings were usually armed with handguns and opened fire inside colleges, businesses, or their current or former workplaces, according to the list.

Thursday's shooting in Maryland may not qualify as a mass shooting or murder since fewer than four people were killed, not including the shooter.

But in general, there are fewer female shooters when it comes to firearm homicides, Adam Lankford, a criminal justice professor at the University of Alabama, told CNN in April. FBI data from 2016 showed that 7.6% of offenders who committed murder were female.

"Research shows that basically males commit more homicides than females, regardless of the subtype of homicide," Lankford said.

But in those incidents, female mass shooters are rare.

"Men commit the overwhelming majority of mass shootings for basically the same reasons they commit most violent crimes," Dewey G. Cornell, a licensed forensic clinical psychologist and director of the Virginia Youth Violence Project at the University of Virginia, told CNN in April.

"Men tend to be more violent than women because of a complex interaction of evolutionary and psycho-social factors. Men tend to be more aggressive and less inhibited by empathy, and men in distress seem to be less willing to turn to others for help," he wrote.

None of the perpetrators behind the 28 mass attacks in 2017 was female, according to a report by the US Secret Service. A study led by Lankford, published in the journal Violence and Victims, looked at 292 public mass shooters worldwide from 1966 to 2012 and found that only one of those was female.

If anything, the location of the shooting is more telling than the shooter's gender, he said.

"There are several pathways we observe: antisocial individuals who are part of a gang, depressed and despondent persons who are highly distressed over a grievance and believe they have no future, and a small group of persons with severe mental illness that includes delusional thinking," he said.

"In a workplace shooting, you want to look at the latter two as most likely."

Lankford offered a similar assessment when asked why women are rarely mass shooters.

But there have been cases in which women have carried out deadly mass shootings.

A married couple, Syed Rizwan Farook, and his wife, Tashfeen Malik, massacred 14 people at a holiday party in 2015 in San Bernardino, California. Farook had worked with the San Bernardino County health department, which was hosting the party when the attack took place. They were both killed in a shootout with police.

On January 30, 2006, Jennifer San Marco visited her former place of employment, a postal distribution center in Goleta, California, and fatally shot six employees after killing a one-time neighbor. She then killed herself.