An investigator working with the city has caught a USPS worker on camera illegally dumping loads of mail off the side of the road in a neighborhood near 71 Highway and Emanuel Cleaver II Boulevard.

KANSAS CITY, Mo. -- An investigator working with Kansas City has caught a USPS worker on camera illegally dumping loads of mail off the side of the road.

According to the report from the city and matching images from Google Street View, the dumping site is near 45th and Garfield, just east of where the streets intersect. 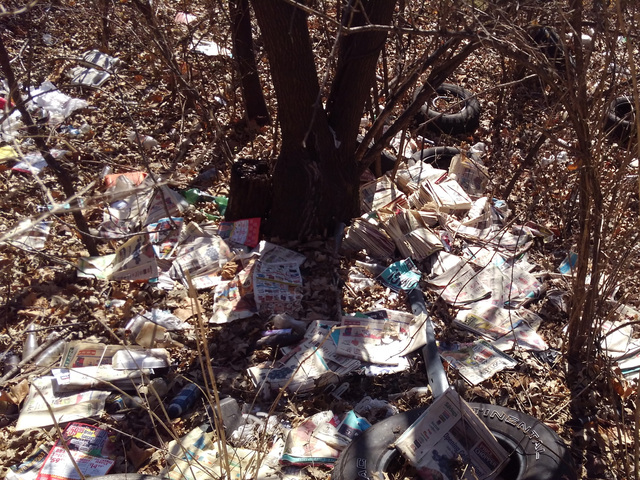 Illegal Dumping Specialist Alan Ashurst called the location one of the city’s top three locations for dumping trash. Given that status, Ashurst installed surveillance cameras in the area.

When reviewing images this week, Ashurst noticed a postal service vehicle parked at the site.

“Once he left, I found some mail that wasn't here when he pulled up; just little white letters like you’d see in the mailbox,” he explained.

Upon closer inspection, Ashurst discovered many more mailer advertisements on the property.

“I started noticing a trail of flyers and other things leading me to the side of the hill where there is just bundles and bundles of mail,” Ashurst said.

USPS sent employees to the site Friday to pick up the mail. It appeared to be mostly flyers and advertisements.

But to USPS's credit, it did sent employees to the site near 45th and Garfield today to pick up the mail left behind. It mostly included flyers/advertisements. @41actionnews pic.twitter.com/20gDpvS5Do

"These actions – if true – are not consistent with and don’t represent the values of the Postal Service organization and will not be tolerated. Since this is an active investigation we are unable to comment further, but will take all appropriate actions based on the results of the investigation to ensure that the integrity and values of the USPS organization are upheld."

Ashurst said he will send a court summons to the postal worker caught on camera. That person may face a fine.