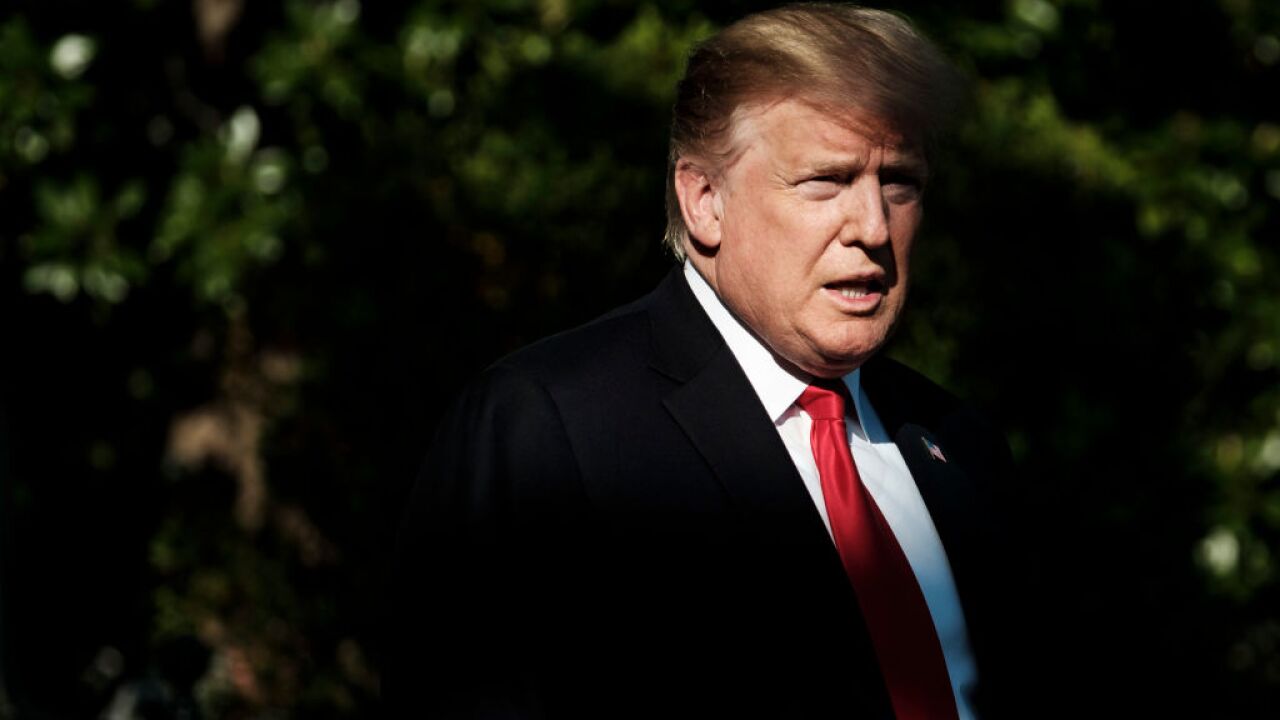 President Donald Trump on Monday accused the New York attorney general's office of illegally investigating the National Rifle Association and called on the group, which has been roiled by a leadership fight, to "get its act together quickly."

"The NRA is under siege by (New York Gov. Andrew) Cuomo and the New York State A.G., who are illegally using the State's legal apparatus to take down and destroy this very important organization, & others," Trump wrote in a tweet. "It must get its act together quickly, stop the internal fighting, & get back to GREATNESS - FAST!"

On Saturday, New York Attorney General Letitia James' office announced in a statement it had launched an investigation into the NRA and had issued subpoenas to the organization, but did not confirm what the probe was in regard to.

The investigation comes after a dispute between the group's president, Oliver North, and chief executive officer, Wayne LaPierre, in which North accused LaPierre of financial misconduct, including the improper use of $200,000 of NRA funds to purchase clothing from an NRA vendor, according to the Wall Street Journal.

It also comes nearly a year after James, during her campaign last summer, said she would investigate the NRA if elected to make sure it is complying with non-profit rules. Her campaign threat helped prompt the group to begin an internal review of its finances, which is part of what triggered the tensions between North and LaPierre.

The Journal said New York investigators plan to look into alleged financial misconduct like the kind North recently raised in internal disputes. An attorney representing the group has said the organization will cooperate with inquiries into its finances.

On Friday, James' office sent the NRA a document preservation order, according to the Journal. NPR was the first to report on the New York attorney general investigation.

Trump's call for unity could have an impact on an NRA board meeting planned for Monday, which comes on the heels of a letter LaPierre sent the board saying North was pressuring him to resign, according to the Journal. On Saturday, North announced he will not be renominated as president of the group.