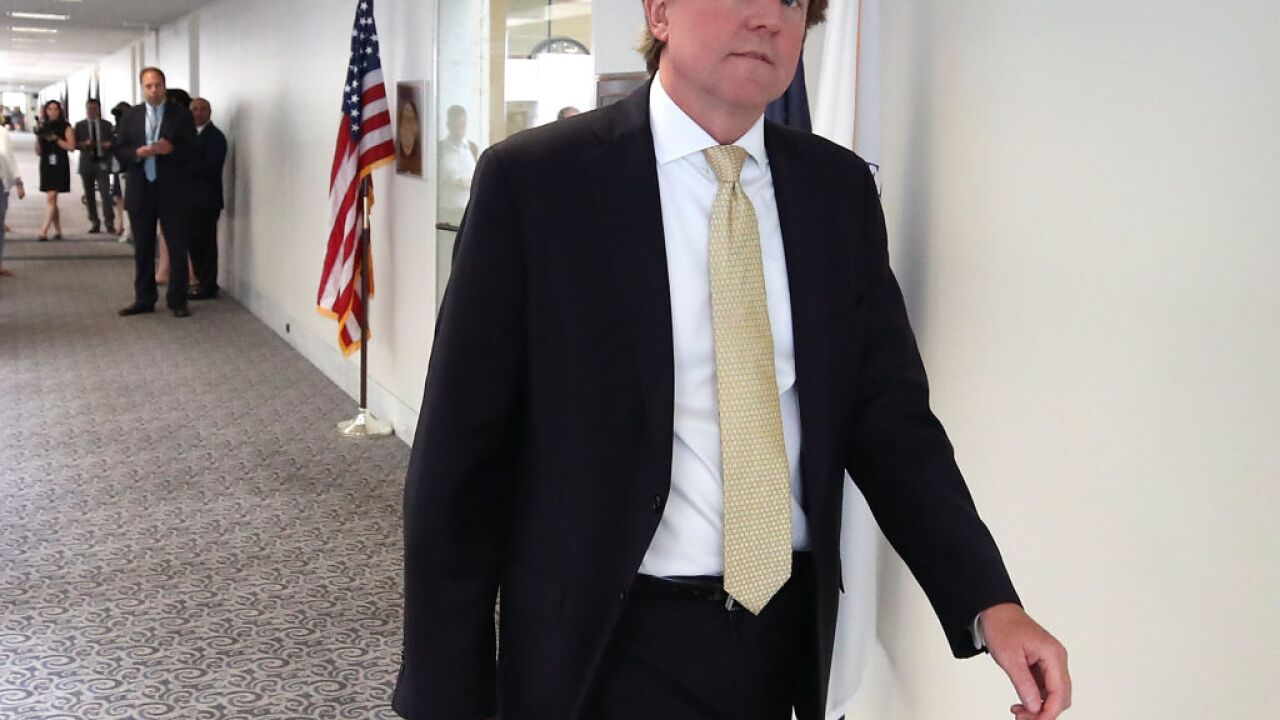 The House Judiciary Committee has served former White House counsel Don McGahn with a subpoena as part of its investigation into obstruction of justice , a move to bring in a key player with direct knowledge about President Donald Trump's efforts to undermine the Russia probe, according to a source familiar with the discussion.

The Democratic-led panel authorized subpoenas earlier this month for McGahn and four other White House officials as part of its sweeping investigation into possible obstruction of justice, corruption and abuse of power. But it waited until Monday to issue the subpoena to McGahn, seeking documents and testimony from the former White House counsel.

The move is the clearest indication yet that Nadler's committee is plotting an extensive examination into the President's actions outlined in the Mueller report . The committee has already served the Justice Department with a subpoena for the full Mueller report and the underlying evidence , demanding the documents by May 1.

McGahn was a central figure in the first two years of the Trump White House and was featured prominently throughout Mueller's report.

The special counsel wrote that in June 2017, after media reports indicated Mueller was investigating whether Trump had obstructed justice, Trump called McGahn at home and directed him to call the acting attorney general to say Mueller "had conflicts of interest and must be removed." McGahn declined to do so, deciding that he would "rather resign than trigger what he regarded as a potential Saturday Night Massacre."

It was one of several episodes Mueller outlined in the report where Trump's aides refused to go along with the President's orders to disrupt the Mueller investigation. McGahn was one of numerous former White House officials who spoke to Mueller for his investigation into possible obstruction of justice, which included an examination of 11 separate episodes detailed in the Mueller report.

The other four former White House officials have not yet been issued subpoenas. Nadler said at the subpoena vote that he was interested in documents related to the officials' preparations for their interviews with Mueller.

"We believe that these individuals may have received documents from the White House in preparation for their interviews with the special counsel," Nadler said at the time. "We also believe that these individuals may have turned this information over to their private attorneys. Under applicable federal law, President Trump waived his claims to executive privilege once this information was transmitted to outside counsel."

Republicans slammed Democrats for authorizing the subpoenas when the White House officials had expressed a willingness to cooperate with the investigation and in some cases had already provided documents.

"The chairman is rewarding their cooperation by announcing their subpoenas," Rep. Doug Collins, the top Republican on the committee, said at the committee vote.

Collins said that the former officials could not respond to the committee's request since they didn't have custody of the documents in question, because they "all came during their time at the White House, making them presidential records."

The five former White House officials were part of a group of 81 individuals and entities who received a request for documents from the committee when it kicked off its investigation in March into potential abuses of power at the White House.